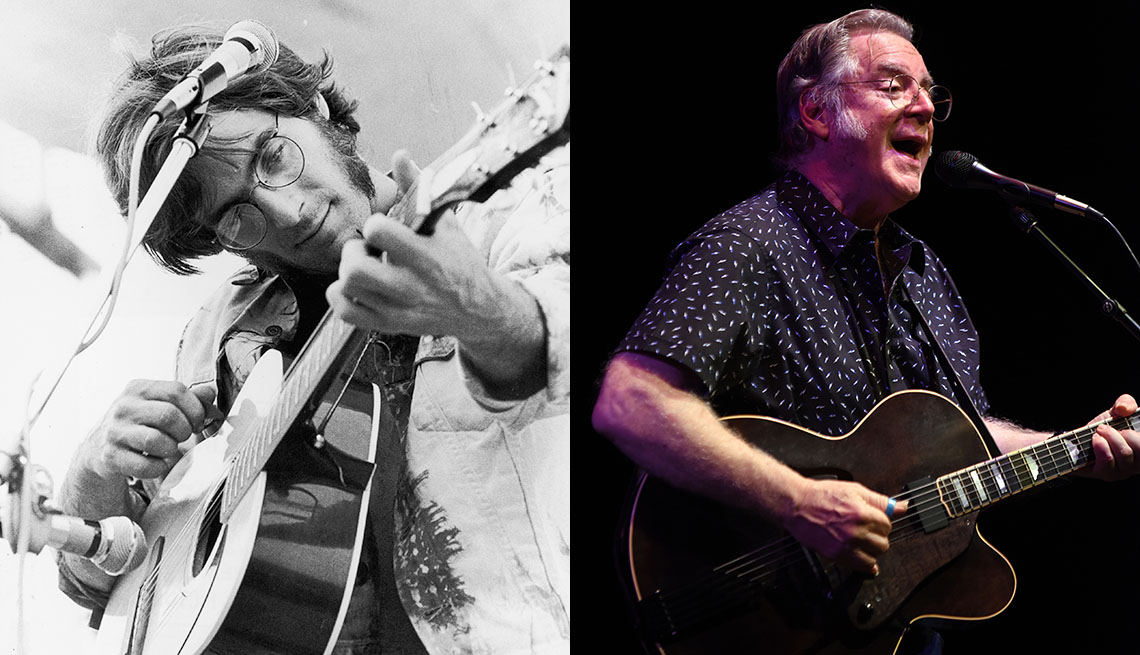 Producer Michael Lang's 2019 Woodstock music festival just got canceled on the eve of the 50th anniversary of his original 1969 Woodstock fest — but, no worries. Woodstock fans can see veterans of the famous first gathering in a comparably lovely field in West Jefferson, North Carolina, about 100 miles from Asheville, at Saloon Studios Live, located in the Blue Ridge Mountains, on Aug. 9-11 and Aug. 16-18.

It's an intimate setting where classic acts such as Dave Mason, Steve Cropper of Booker T. and the M.G.'s, and Rick Derringer regularly play, sometimes recording or filming concerts in front of a live audience in the saloon's little Wild West-themed square in a 100-plus-acre property at the foot of a mountain. “We were calling it ‘Woodstock Experience,’ until we got a letter from Lang [regarding copyright infringement],” says promoter Kenn Moutenot. “So now we call it the WE2019 Experience Festivals. We have a lot of originals, famous folks. More Woodstock acts than anybody anywhere.”

The Lovin’ Spoonful's John Sebastian, 75, who might conceivably play his hit “Welcome Back,” will be there. “I'm doing the same thing [as in 1969], I'm going out, one guy, one guitar,” Sebastian tells AARP. “So you can't get too fancy. I'm going to probably play as many best-known things I have that I can get to it in the time allotted, and I'm always playing stuff that's somewhat unfamiliar.” The original plan for Woodstock 1969, long before 400,000 people arrived, was for a tiny concert featuring Sebastian and a few other Woodstock-resident musicians, to raise money for a recording studio in the tiny town. So in a sense, WE2019 is getting back to the garden in another green place, fulfilling Woodstock's original, innocent 1969 vision. “I like that idea,” Sebastian says.

Melanie, whose fans started the concert tradition of holding lighters and candles aloft en masse at the original Woodstock, will be at WE2019, too. That memory inspired her to write her 1970 Top 10 hit “Lay Down (Candles in the Rain).” “We'll also have Jefferson Starship,” Moutenot says. “Not with Grace Slick but featuring David Freiberg, 80, the oldest classic rock musician of his generation still regularly touring. And Canned Heat, Corky Laing of Mountain, the Johnny Winter Legacy, Ten Years After, Greg Errico of Sly and the Family Stone, and Hendrix by Hendrix, with Jimi's nephew Regi Hendrix and Spyro Gyra cofounder Gerardo Velez and Juma Sultan, who performed with Jimi at Woodstock.”

There's even one band that was supposed to play Woodstock 1969 but couldn't. “Iron Butterfly was billed at Woodstock, but their helicopter never showed up,” Moutenot says. Better 50 years late than never. Also on hand: Vanilla Fudge, Richie Havens’ grandson Chogyi Lama, Joey Molland's Badfinger, Mitch Ryder & the Detroit Wheels, Anthony Krizan of the Spin Doctors, Buddy Miles Expressions, Derek St. Holmes of Ted Nugent's band, and Kool & the Gang producer Eumir Deodato's symphonic orchestrations of Woodstock hits by Janis Joplin; Santana; the Who; the Grateful Dead; Creedence Clearwater Revival; Crosby, Stills, Nash and Young; Blood, Sweat & Tears; and Joe Cocker. “Some of the musicians are going to hang out for a week or two,” Moutenot says. “There'll be drum circles and jam sessions.” The porta-potties are likely to be far less overfilled and aromatic than 1969's.

Unlike 1969, it's not a free festival. “Tickets start at $299 per day to see 10 bands a day, plus camping by the outdoor stage and food and beverages,” Moutenot says. “For those not into camping, there are private villas or hotel rooms two miles away with shuttle service. There are handicapped bathrooms, too.” For those who can't visit, the six-day, 60-act program can be streamed on any device for $19.69.

Sebastian says WE2019 won't be his last show. Does he have any retirement plans? “No. The grandchildren keep needing just dumb stuff like educations, so I try to get to it. This is a period when some of my heroes in other musical forms, classical and jazz, are kicking ass, so why not me? Heck, Eubie Blake — what was he, 92 and still doing gigs? I'm enjoying my time."For more information, go to we2019.org. 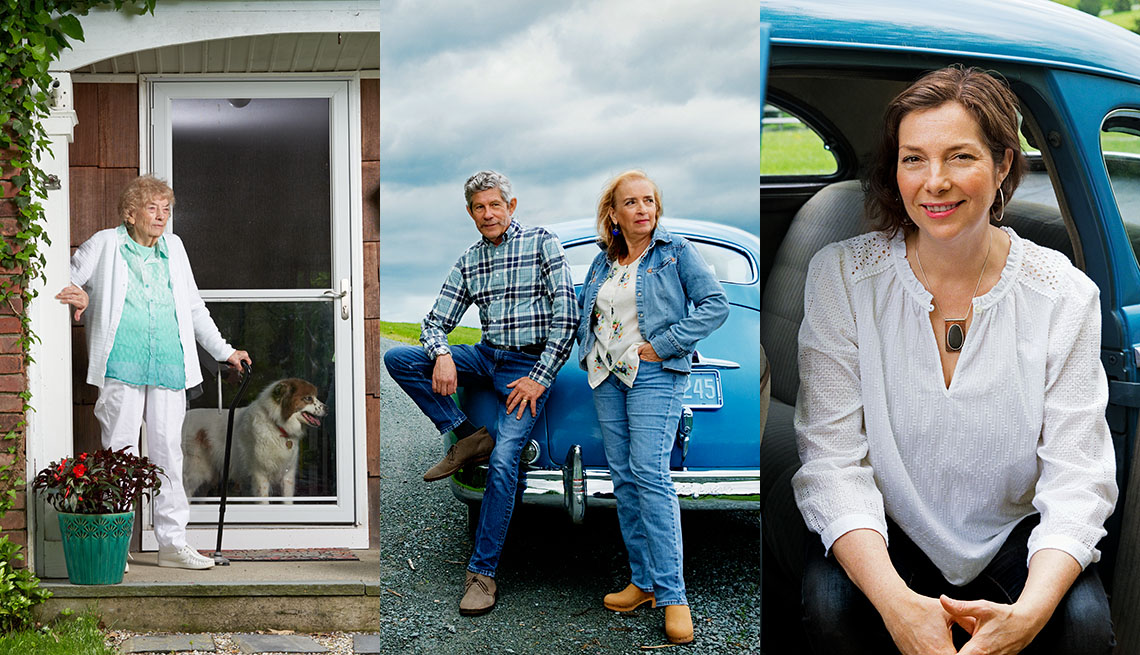 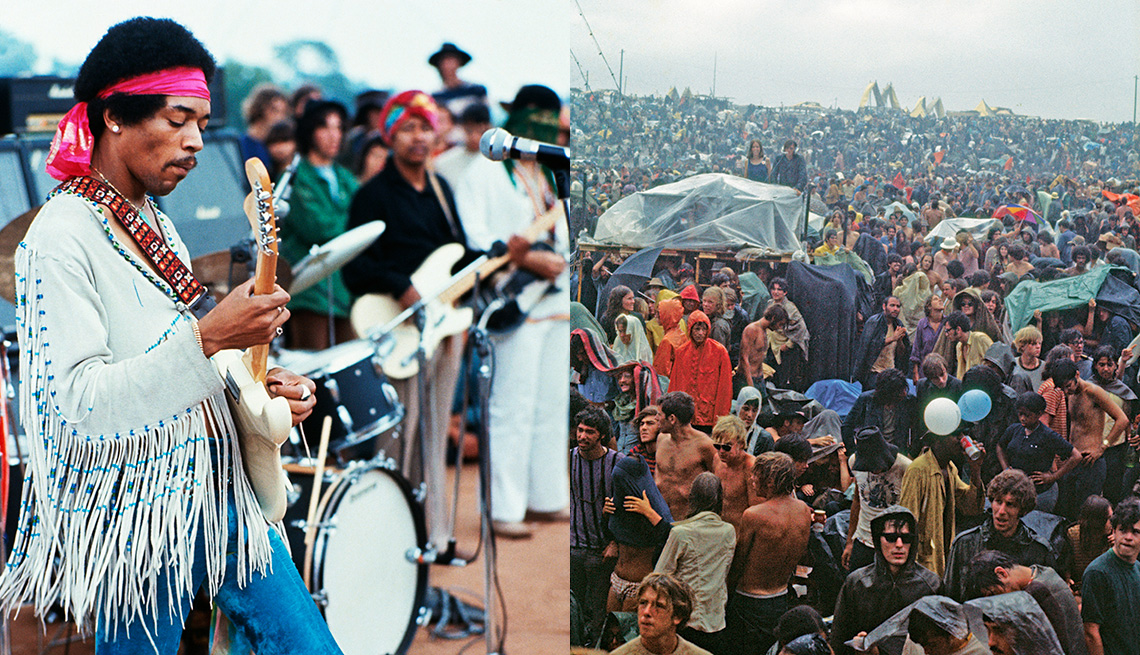 Know Everything About the Festival? Take Our Quiz