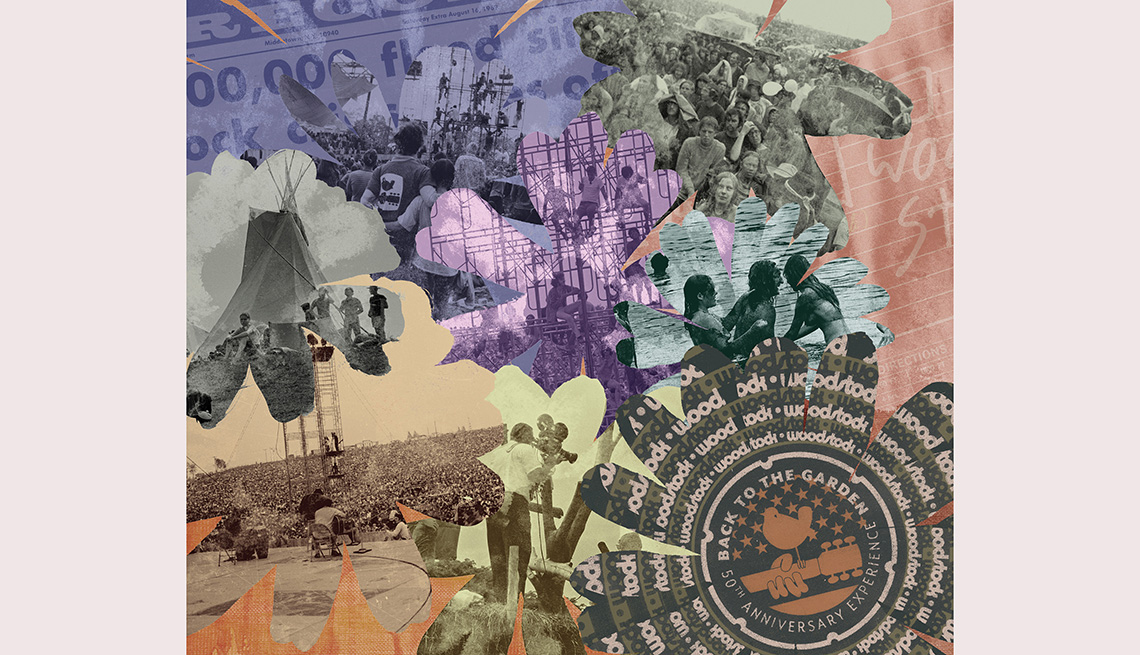 'Back To The Garden: The Definitive 50th Anniversary Archive' has a lot of original music from the festival.

As the 50th anniversary of Woodstock approaches, fans are finally able to hear all the music. Previous live albums and box sets have included a mix of music from the 32 acts that played at Max Yasgur's farm, but Rhino Records’ Back to the Garden: The Definitive 50th Anniversary Archive collects 36 hours of music — 432 songs over 38 compact discs. (The $800 box, released Aug. 2, also includes a Blu-ray of the Woodstock film, a book and other material; shorter and less expensive versions are also available.)

Music producer Andy Zax talks about restoring this mass of music over 14 years. (Listen to a longer version of this interview on the "Rockin’ the Suburbs” podcast.)

How do you approach a project of this magnitude?

First you get really intimidated. Then you realize that the only way it will work is if you break it down into very small components. That is a whole lot easier sounding than it actually was. In actual real life, it was horrible, but great at the same time, but also horrible. It was like solving one of the hardest jigsaw puzzles ever created with no map and no idea how the pieces fit together, and all the pieces are the same size.

What did you have to work with, exactly?

I inherited a ton of tapes, not just the original tapes, but also the tapes that were produced by other people working on it over the years, which tended to mostly confuse the issue and bulk everything up. The confusing part is that a lot of these things weren't marked well.

Tell us about the “first-song curse."

Oh, the first-song curse. Sometimes they would forget to do fairly basic things, like put people's vocal mics up. You'll have a song, famously, Arlo Guthrie's “Coming Into Los Angeles,” which is heard on the Woodstock soundtrack, but not from Woodstock. It's from the Troubadour in L.A. several months later because somebody forgot to put the volume up on his vocal mic for the first 90 seconds of the song.

You have problems like that, or the bass will migrate randomly in the middle of the song from track 2 to track 5, or maybe the bass will just drop out and disappear for 30 or 40 seconds and you'll wonder what happened, and then it magically reappears somewhere else on the tape. It can be unbelievably confounding.

Generally speaking, when you mix Woodstock from the multitracks, it will usually take you as long to mix the first song for that reason because that's where everything is blowing up and chaotic. Then they tended to leave it alone, mostly. Those first songs can be tough. They will break your heart nearly every time, and that's the curse.

Do you think that putting it out in a truncated version somehow dilutes what you achieved?

You wouldn't necessarily think that a 10-disc set that's 13 hours long would feel small by any stretch of the imagination, and yet it does in comparison to the big thing. But there is a good amount of the flavor on those 10 discs.

The full, real, no-kidding uncut experience is on the 36-hour version. It is, in a sense, a very, very long sound installation piece. I think of it as a living, breathing unit of time and space, and it happens to feature 32 musical performances, some talking, some noise, some weather, you name it. All of life is lurking somewhere in there.

I interviewed Roger Daltrey once and I asked him about Woodstock.

For the record, I'm laughing.

He characterized it as more of an event for the fans, not so much for the musicians. What did you find in listening to the performances?

In the case of The Who, I have tremendous respect for Roger Daltrey and Pete Townshend, both of whom have been unstinting in their denunciations of Woodstock for about half a century now. I have no doubt that the experience was not a comfortable one for them. I don't think it was a super-comfortable experience for any of the artists.

The unfortunate thing about that from my perspective is that their personal discomfort level completely obscured for them the fact that The Who played one of the most blindingly great sets of their entire career at Woodstock. It's kind of untouchable!

What were the moments you had where you were like, “Oh my God, I can't believe nobody has heard this before! I can't wait to get this out!"

The announcements — to me, those are just as important as the music. That's as an important a part of the texture. If you really want to hear this as an event, whether full length or 30 or 40 minutes at a time, the announcements are your tunnel through time that puts you right in it.

There is a moment early on the first evening where announcer John Morris tries something out that somebody had told him about that they had seen Tiny Tim do in a small club, which was let's get our matches and lighters out and light everything up at one time and see what that looks like. That's kind of amazing because that's where it comes from, right there!

In some ways, I think Woodstock taught people how to behave at a concert. People always talk about what a friendly, benign and peaceful experience it was if you were there. If it happened now, people would be on Instagram every four seconds going, “Can you believe this mud? This is the worst. Hashtag #terrible."

Why does Woodstock endure? Why are people still interested in this 50 years later?

Sometimes I think that there is a parable aspect to it. Here was this festival, a whole bunch of people assembled. It could have been a disaster, but it wasn't. In much the same way if you've ever been on a trip where something went wrong in ways that were vexing at the time, but afterward, in the telling, seemed pretty fun, Woodstock certainly has some of that quality to it. 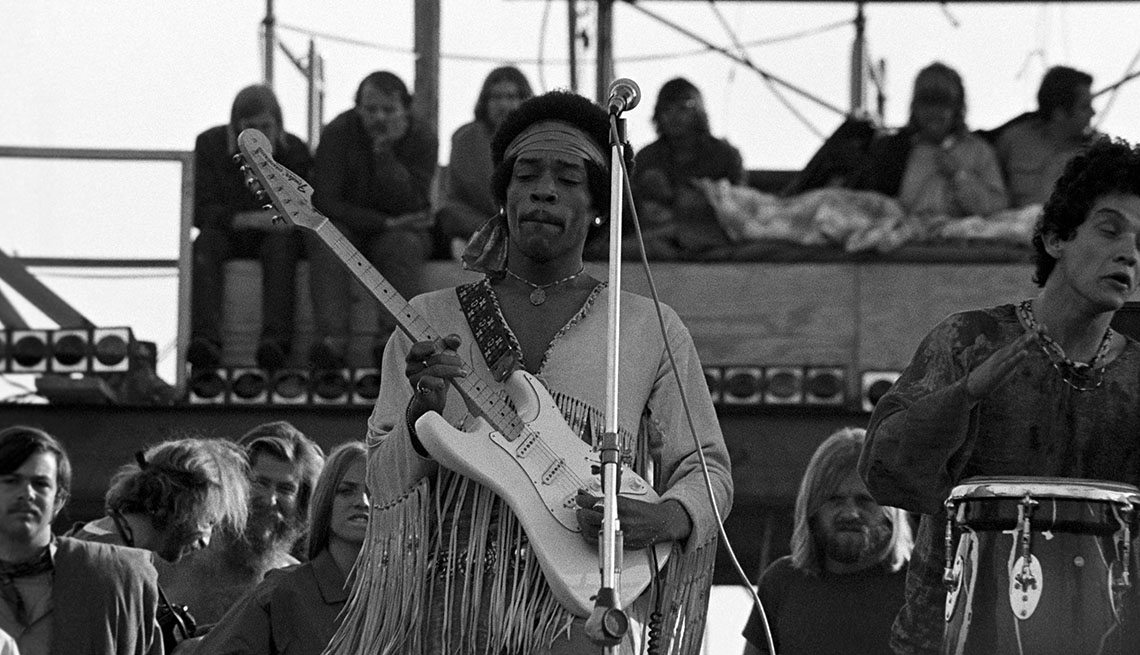 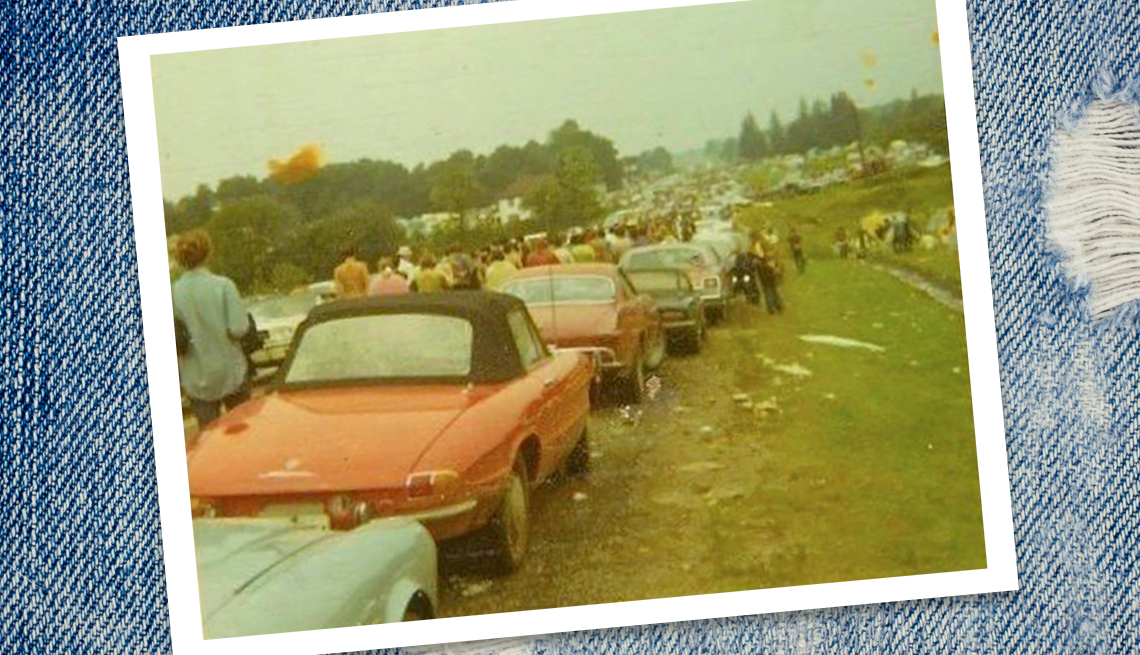