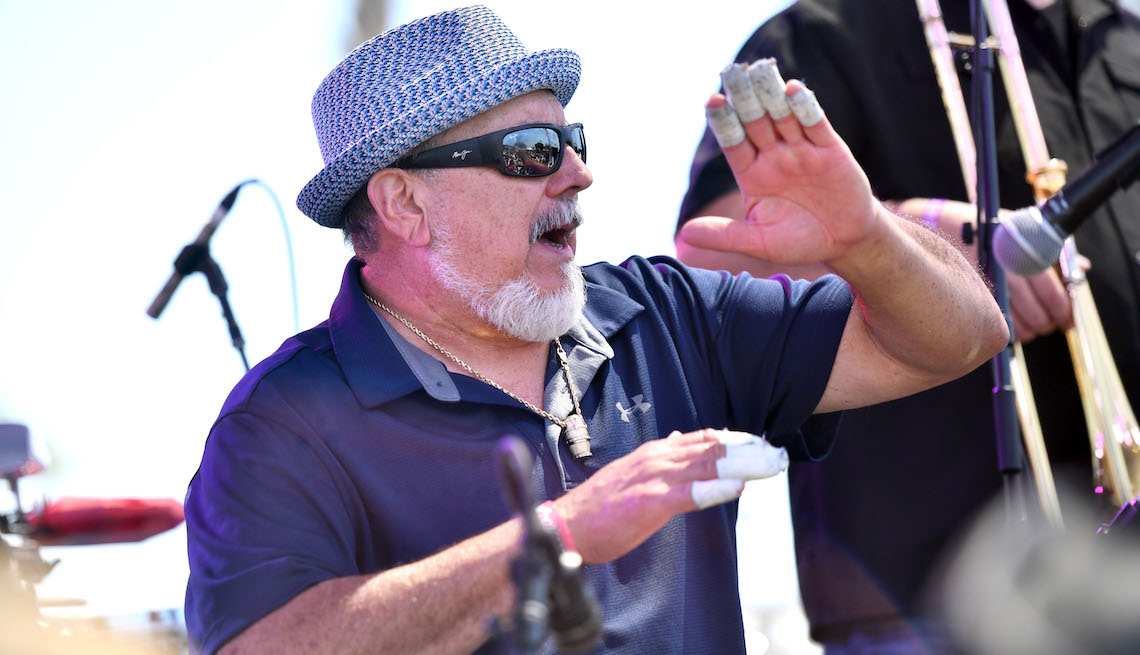 I’m the youngest of eleven, and my older brothers and sisters, they’re the ones that caught the first wave of the mambo and cha-cha-cha music. They handed me down Cal Tjader records, Tito Puente, René Touzet. They would listen to the Chico Sesma program on the radio, “Con Sabor Latino,” the only person playing what they call salsa music nowadays, but back then was called música cubana or música tropical. Or they just called it the mambo or the cha-cha-cha. The word salsa hadn't been used yet, in the late '50s. I listened to that every day in my house, so I thought that was my music. We’re from Laredo, Texas. I thought that was Texas music when I was a little boy. The guy across the street, Benny Rodriguez, he had a guitar, and he played in a rhythm and blues band. I would just sit on the floor and watch them rehearse, and I knew I loved music. I didn't know anything about it, but I could feel it burning in my soul. Whenever the live music would start, man, I'd get the chills and I'd wanna dance and all that, but the only thing that was available to me at that time was Benny Rodriguez, across the street with his guitar.

When I was in high school, I wanted to pick up the congas or timbales. But I didn’t know anything about them, nor did anybody else in the area. Nowadays, everybody has the internet to look at and to learn from. All I had was the backs of album covers like those of Mongo Santamaría and Willie Bobo. I taught myself to play congas by looking at the backs of those record covers and just staring at the way they held their hands and listening to their music.

I’ve played for presidents. I played for Bill Clinton three times. He told me, “Poncho, we have your CDs at home.” Well, home’s the White House, you know? And I had the honor of having dinner with Al Gore and [former wife] Tipper Gore. Al Gore told Tipper, “Go get your bongos and show what you do sometimes in the middle of the week.” Al Gore told me, “Poncho, she has your CDs, and she practices to your music.”

Latin jazz has the best of both worlds because you have the sophistication of jazz standards, American standards, and then you have el sabor from the Latin music, the Latin rhythms that support it. Underneath the bass is the mambo, the cha-cha-cha, the guaguancó, the merengue, bolero. You put those two idioms together, to me, there is nothing better. — As told to Katharine A. Díaz

The Grammy-winning percussionist, bandleader, and singer has taken his brand of Latin jazz around the world for more than 30 years. Born to Mexican parents in Laredo, Texas, Sanchez, 67, was raised in Southern California. His career took off in 1975, when his idol Cal Tjader invited him on the stage for a set and then hired him immediately.