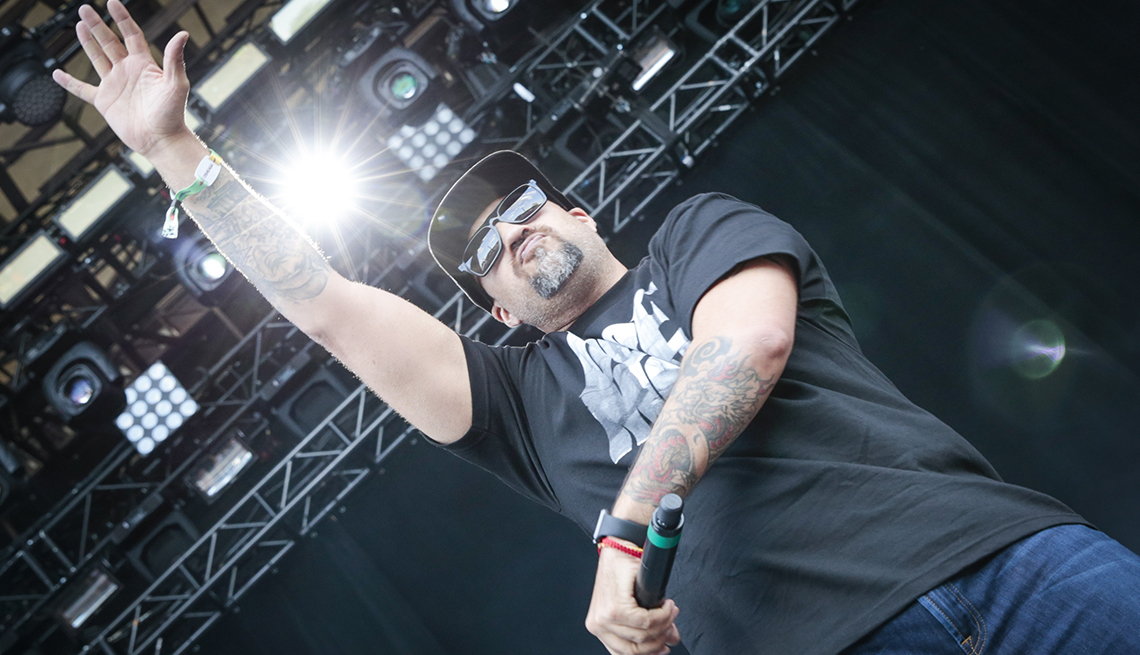 En español | Set the picture as you would in the intro sequence of the movie. It goes into your childhood home: What are we hearing, what are we seeing?

As a kid, I spent more time running around in the streets than I did at home, running around aimlessly with my friends and stuff like that, and getting into all sort of mischief, if you will.

But you know, my mother would listen to classic rock and salsa music; she was from Cuba, and so the salsa music came with her. My father would listen to more doo-wop stuff. Music was something that was always close to me. Every night before I knocked out, I turned the radio on and would fall asleep to the music.

What is your first hip-hop memory?

I think it was on 1580 KDAY; it was an AM station, and they were the only ones playing hip-hop music on the radio in Los Angeles, maybe anywhere at the time. They played Run-DMC: “Here We Go,” I think it was. Previously, I was into more metal music, rock music and stuff like that — stuff that my mother and father, my brothers and sisters listened to. When I heard Run-DMC, I thought, What is this? This is dope. I mean, well I didn’t even know the slang at that time. As someone who was being exposed to hip-hop, I thought it was cool. Run-DMC — yeah, that was the first thing that like punched me in the face and got my attention.

I’ve heard you say that music has saved your life.

I was more so driven by making the music, rather than being on the street. And you know, that definitely saved my life because the trajectory in the gang — you know, you’re either going to prison or in the grave. Or you’re getting paralyzed by gunshots. So yeah, music pretty much saved my life.

Thirty years later, you’re still here. Let’s talk about the creative process. Do you have a particular creative process of how you approach writing a track, or does it differ from situation to situation?

I leave it open to all things. I never had one particular process. It’s like the thought Bruce Lee had: Just flow like water. So if the idea came to me before I had the beat — boom! I’d lock that idea and I’d wait until I found the music that fit the idea, instead of just putting that idea on any old bed of music. ’Cause then that’s just raps and a beat. You want to make a song. And sometimes the music complements content and the style and the wordplay you’re doing. If you just come up with an idea and put it on any old beat that comes up, it doesn’t pop this way.

So there’s times that I’ve come up with ideas that I’ve carried for a couple years before I found the right music to put it on. Like “Rock Superstar,” for instance. I had that idea in my head before I had the music. And when I heard the music, for the first time, I thought, Oh, this is perfect.

I just always tried to stay creative. If you’re a boxer, to become a great boxer, you need to be training all the time, boxing all the time. And it’s the same thing with writing and performing. The more you do it, the better you get at it. So I think the fact that I took all these different types of writing styles, and just constantly pressed myself ... it became innate for me to just be creative anywhere.

Your voice is one of the most distinctive in music; it definitely cuts through. How did you come to have that voice?

We were all big fans of this rapper named Rammellzee. He was an old-school rapper from New York City. He was also an artist, and he had this crazy rapping style where he’d come all the way up. I said, “OK, I’m going to try to pitch my voice like him.” I threw my voice like Rammellzee, and the guys liked it. I didn’t think they would like it. I barely liked it. And it took me some years to get used to actually doing it. As the years went by, I got sort of settled into it. I went to an opera singer for lessons on how to breathe and project, without straining my voice.

Hip-hop is like any other music, and it’s ageless. You can do hip-hop no matter how old you are. It’s about relating to people, and the older artists have something to teach.

We all listened to all these different types of genres. We were open to everything, even the stuff we didn’t listen to — you know, punk rock, metal funk, R&B, jazz blues, reggae. I mean, nothing was untouchable for us. Like a Spanish album, right? That wasn’t something that just happened. We’re Spanish-speaking guys, and the reason the record company signed us was because of a song we had in Spanish. And very few rappers at the time could rap in Spanish. So they saw a whole other market.

Look at other genres like rock, and the pioneers, the people who everyone built their careers on. They’re revered. What can we do more in hip-hop to shine a light on the people who helped build the foundations, because it feels like it’s “in with the new” — and whatever came before you, it’s just kind of discarded.

Yeah, it does sort of feel like that. Every other genre pretty much celebrates their old-school artists, and hip-hop is the only one that you get left behind in. I think they mean it to be this way, because it’s such a powerful genre, and they were afraid of it from the beginning, you know. A lot of us were laying the groundwork as the foundation for hip-hop and some of us were a little too controversial. So we’re always going to get that sort of second-class citizen type of treatment.

Even though we’ve accomplished the things that we have, we’ve hit these different achievements and goals that no one thought hip-hop would achieve, for being the number-one genre for a long time, in selling the most records and being the most influential. So I think because we had that kind of power, I think they’ve tried to lessen the importance of hip-hop and lessen the influence that it has.

And the stigma of growing old or older in hip-hop — somehow, we gotta get rid of that.

If you treat yourself right in terms of working at keeping yourself together, working out, eating clean, not partying too crazy. … I said this earlier: The more you play the sport, the more you train at it, the better you get at it. But you have to train for it, to build your stamina, your energy, your strength and all that stuff. For us, performing is very much like a sport. And I think a lot of other artists have followed suit in the hip-hop genre to stay in shape. You’re as old as you feel, right? So if one day I get like Danny Glover in Lethal Weapon: “I’m getting too old for this s--t .” Then I’ll just retire. But I think if you love it and you take care of yourself, you can go as long as you want.

But the problem is, you have the media that perpetuates once an artist is a certain age, they’re done. And that has to stop. They need to realize that hip-hop is like any other music, and it’s ageless. You can do hip-hop no matter how old you are. It’s about relating to people, and the older artists have something to teach, and that’s relatable.

You’ve been pretty consistent not only with the music, but being an entrepreneur, being an activist, still finding time to tour. Where does that hunger come from to not slow down?

I just like being busy, man. You know, for me, I don’t like taking too much time off because I feel like when you take too much time off, you get complacent. And then you’ve got to pretty much start over again. We’re very competitive. We always want to be in the race. We look at it like it’s, you know, we’re going for a championship every season, and sometimes we win, and sometimes we lose. But we’re going to be back next season working just as hard.

B-Real, 49, of Cypress Hill was a pioneer in Latin hip-hop. Their 1993 song “Insane in the Brain” was a top-20 pop hit and was certified gold. B-Real is also an advocate for cannabis legalization and operates a dispensary in Los Angeles. 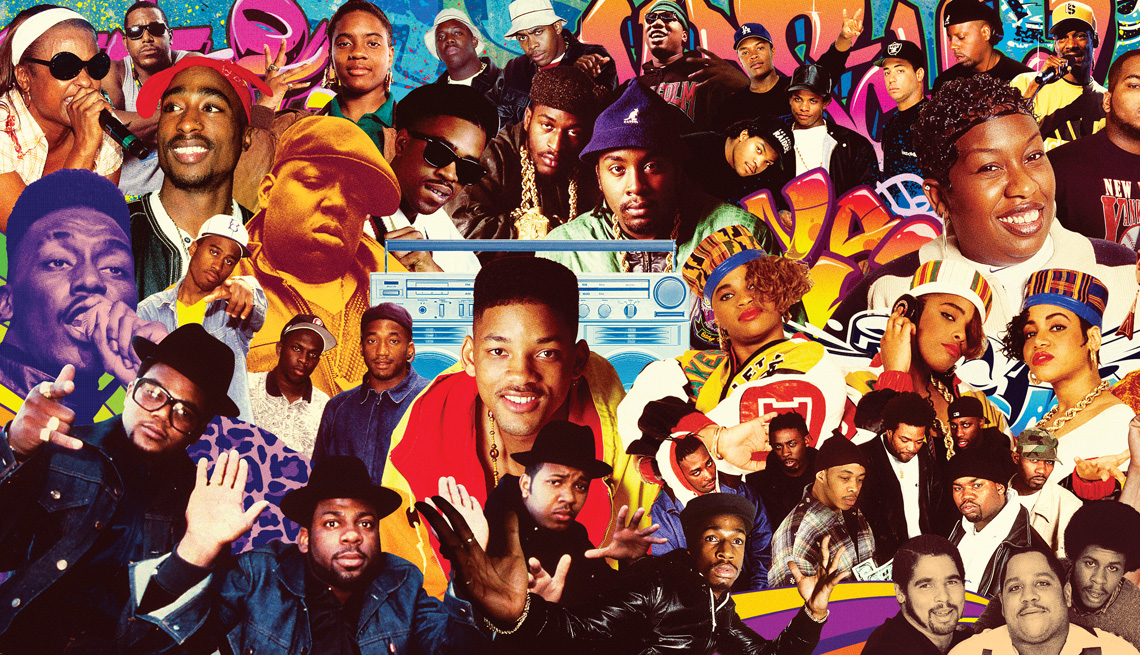 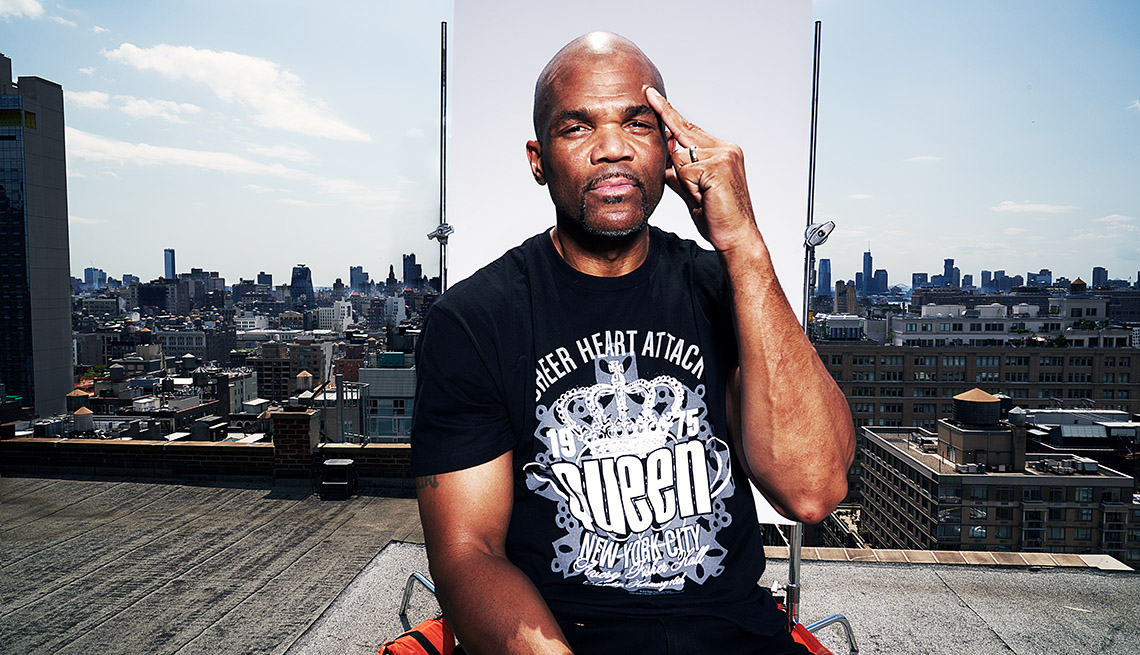 DMC On Always Being Open to Trying Something New