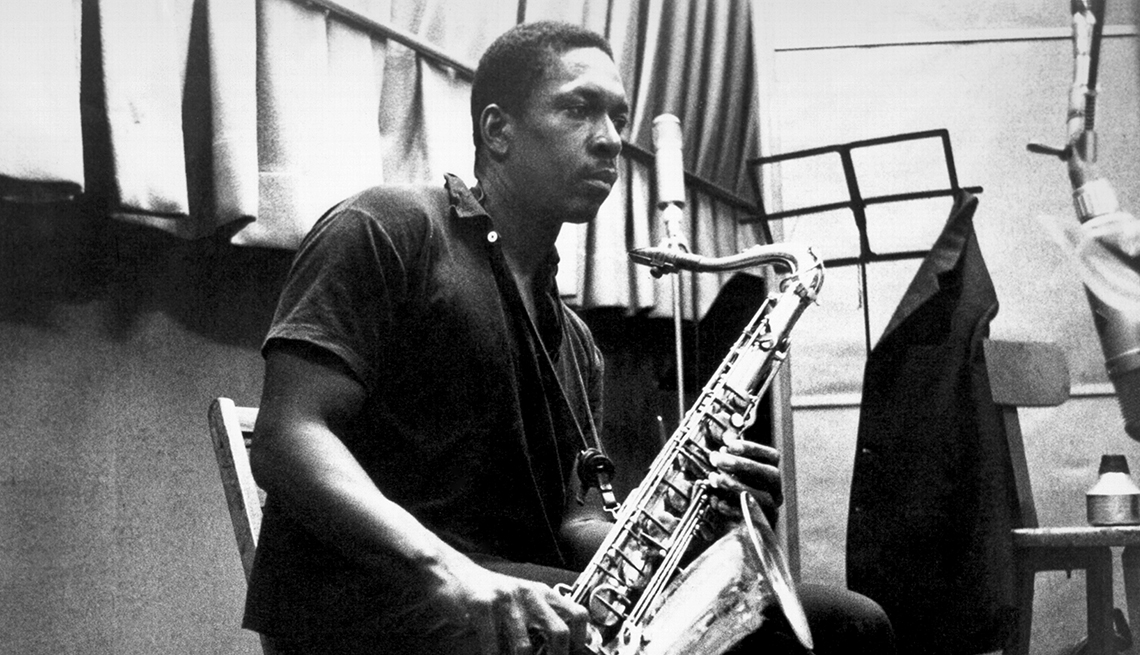 Released more than 50 years later, the new album from John Coltrane features a deluxe edition of his studio recordings.

En español | John Coltrane, already one of the most influential and controversial jazz players in history, gets a legacy upgrade with the newly released Both Directions at Once: The Lost Album, a pivotal work that vanished for more than five decades.

The entire studio album was recorded by the saxophonist’s Classic Quartet on March 6, 1963, then shelved and lost for 54 years. Coltrane’s brief but prolific solo career included a bounty of recordings, and when he died of liver cancer at 40 in 1967, he left behind a mountain of unreleased works.

Both Directions, out in digital, CD and vinyl formats on Impulse! Records, stands out as an important missing chapter in his life story.

The master tape of the March 6 session was stashed away, then transferred to the label after Coltrane’s death. It was presumably destroyed when cost cutting led to vault purges. Luckily, Coltrane had taken a reference tape home. When the family of his first wife, Juanita Naima Coltrane, found the copy, it was offered to Impulse!.

“To have new John Coltrane music and new compositions and a stellar performance all contained in an album of unreleased material is very exciting for jazz fans,” says the legend’s son, saxophonist Ravi Coltrane, who helped assemble Both Directions. “I first heard about these tapes about a year ago. It was last fall, after Universal acquired the tapes, that I was able to hear everything.

“It’s almost like a time capsule. This new record is sort of a window into what their musical lives were about. This was a working band recording in the moment, on the fly, in the midst of a stint at the original Birdland. It’s great to hear what these players were capable of. The music confirms everything we already know about this powerful group.”

The record pulsates with Coltrane’s signature abstraction and improvisational verve. Included are two Coltrane compositions, one upbeat, the other serene, labeled on the tape box as "Untitled Original 11383" and "Untitled Original 11386." Coltrane submits four versions of "Impressions" and two takes of "One Up, One Down," plus a nearly 12-minute "Slow Blues" and his first recording of "Nature Boy," a solo-free, more compact rendition than the one he popularized later. Of the 14 tracks, only "Vilia," from the operetta The Merry Widow, was previously released, on a 1965 compilation album and later as a bonus track on a Live at Birdland reissue.

The next day, Coltrane recorded the acclaimed John Coltrane and Johnny Hartman album. While it’s impossible to know Coltrane’s intentions for the March 6 material, Ravi Coltrane and other authorities on the jazz icon's work feel certain he was shaping a studio album and not simply noodling. John Coltrane performs with his band in Denmark circa 1961.

The rediscovery has been described as the holy grail of his wildly diverse catalog, or as renowned saxophonist Sonny Rollins writes in the liner notes, “This is like finding a new room in the Great Pyramid.”

“I felt more affirmation than surprise,” Ravi Coltrane says of the unearthed works. “This was a groundbreaking unit, one of the most important jazz groups of its time, of any time. These were the pioneers. They invented that style of music. It was brand new then, not wholly mainstream. They were outside the norms and didn’t always have broad support. They set a standard we’re still trying to live up to.”

Coltrane first caught the jazz world’s attention in the 1950s as a sideman with Thelonious Monk and Miles Davis. In 1960, he embarked on a solo career, shifting from hard bop to modal jazz. Torn between following his creative impulses and pleasing his label and mainstream audiences, Coltrane vacillated from experimental works and such lauded nods to convention as 1961’s My Favorite Things, a set of pop standards. Prolific and zealous, he smashed boundaries and galloped into the future.

“The speed of his development didn’t align with the record company release schedule,” Ravi Coltrane says. “His music in 1965 sounded nothing like it did in 1960. Audiences came expecting to hear those earlier songs. But he had moved on.”

Ravi Coltrane, who was shy of two years old when his father died, grew to know him through stacks of records and the stories told by his mother, jazz pianist and harpist Alice McLeod, who was Coltrane’s second wife.

“She, of course, informed me of the type of man he was,” Ravi Coltrane says. “Through his music, I got to know him the same way the world knows John Coltrane, as a musician, as a poet, almost as a high priest. He reshaped the way people think about jazz music and elevated our idea of what was possible.”

Both Directions at Once: The Lost Album is being released in single and deluxe form. The single disc contains one version of each of the seven songs the group recorded. The deluxe edition adds a second disc with seven alternate takes.