When Looking at Your Phone During a Broadway Show Is OK 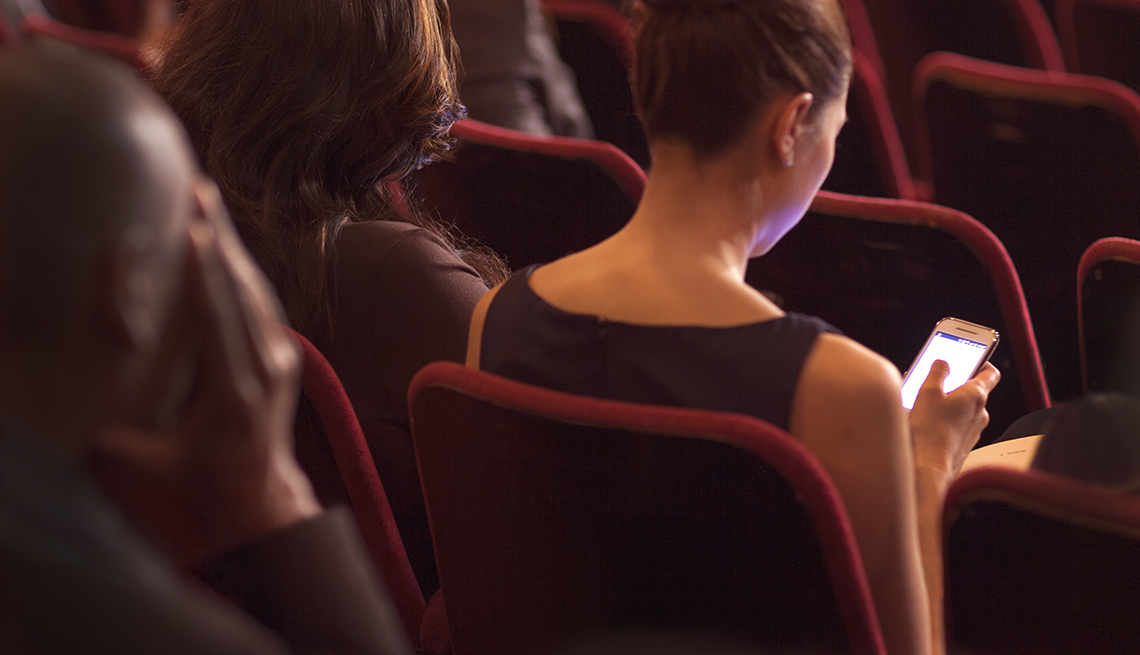 Remember when, in 2015, Tony-winning actress Patti LuPone became so fed up with an audience member texting during her performance in "Shows for Days" at Manhattan’s Lincoln Center that she actually reached down and plucked the phone out of the spectator’s hands?

She’s not the only one who has expressed displeasure at a customer's behavior. A wide range of actors — everyone from Hugh Jackman to Ben Kingsley to Lin-Manuel Miranda — have publicly chastised a patron for using their phone during a performance.

It seems that no matter how many times a loudspeaker edict implores audience members to shut off their devices before a live performance, there are those who just don’t listen.

But now there’s at least one segment of the population that no longer has to adhere to rules requiring people to put away their cellphones: those who have some degree of hearing loss.

New technology has been unveiled that allows deaf and hearing-impaired people to better enjoy shows with the help of a free smartphone app, GalaPro, that was created by a Tel Aviv-based tech startup called GalaPrompter.

“The services that we provide are either captions or subtitles which are written on a black screen,” CEO Yonat Burlin told NPR. “And we’ve developed the app in a way that that black screen doesn’t disturb anyone else around [the hearing-impaired patrons]. There’s no backlight, there’s no flashing, there’s no messages coming in because the phone is on airplane mode.”

Due to the app’s voice-recognition software, if an actor suddenly stops speaking or skips his or her lines, the app will do the same. Captions are made available four weeks after the opening night of a show. And theaters have the ability to translate the closed captioning into other languages for foreign patrons.

Before GalaPro, hearing-impaired customers could attend only select performances that required them to sit in specific sections of the theater near caption monitors. But now, every Broadway theater is on track to offer the app by July. In addition to closed captioning, GalaPro also will provide audio descriptions of scenes and songs for patrons who are blind or visually impaired.

To find out which shows currently offer the app, go to the Theater Access New York City website.

About 20 percent of Americans — or 48 million people — report some degree of hearing loss. At age 65, one out of three people have some kind of hearing-related deficiency.