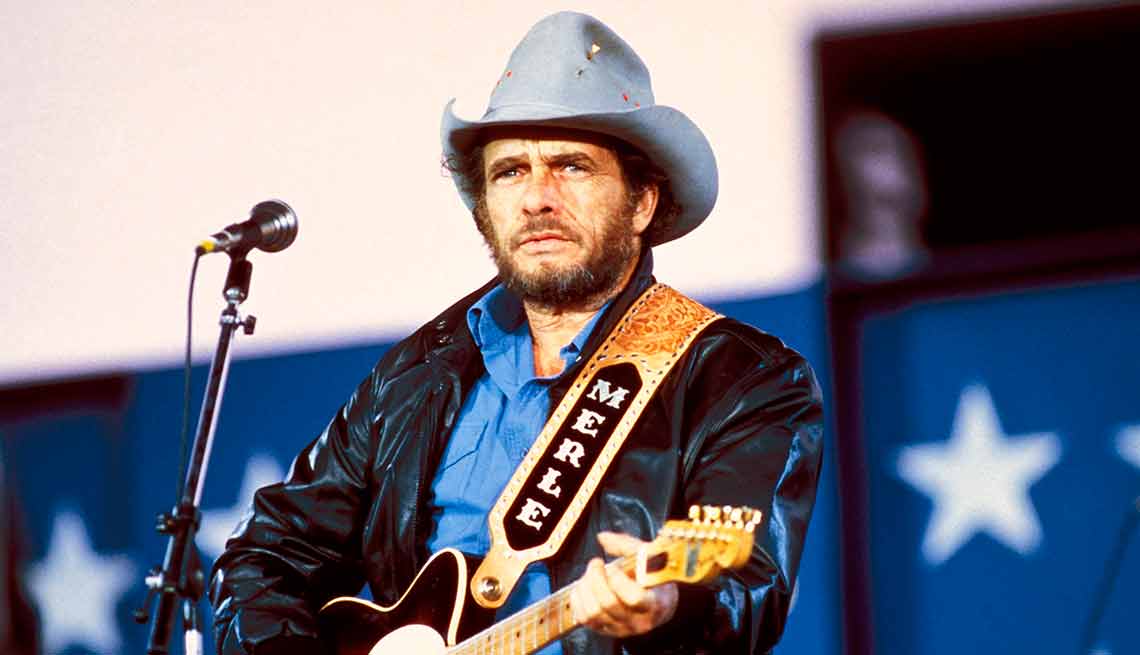 Singer, guitarist and songwriter Merle Haggard was one of the most prolific hit-makers in country music, with an astonishing string of 38 chart-topping country singles stretching from the 1960s into the 1980s.

Haggard songs such as “Mama Tried,” “Workin’ Man Blues,” “Branded Man” and “Okie From Muskogee” reflected the experiences of a performer who didn’t have to invent a rough-hewn past. As Rolling Stone writer Jason Fine once noted, his lyrics were populated by the kinds of people Haggard grew up with in hardscrabble Bakersfield, Calif. — “farmers, hobos, convicts, widows, musicians and drunks."

AARP members save on favorite movies, books and music

Here are some facts you might not know about Haggard, who died at age 79 on his birthday, April 6, in California.