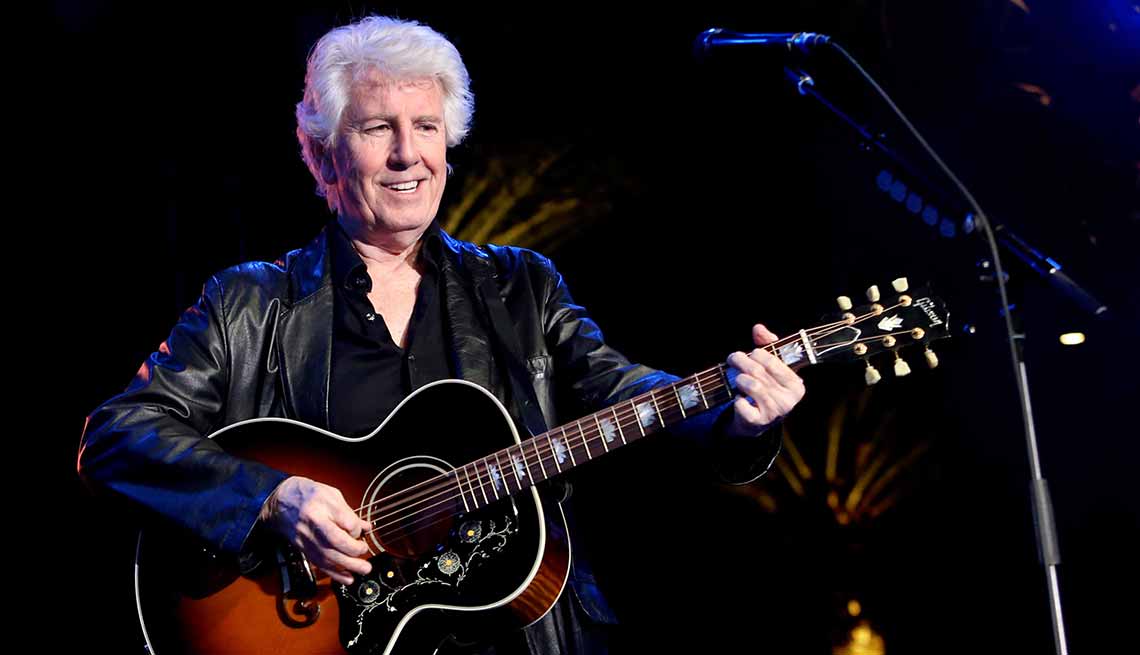 En español | It's been 14 years since singer-songwriter Graham Nash released an album of his own. Maybe he had been deep in thought the whole time, because This Path Tonight (out April 15) is full of contemplative tunes. Nash, 74, talked to us about his latest disc — and life without Crosby and Stills.

Talk about some of the inspiration behind the new record. This is your first one of new material since 2002.

It's true. Obviously, life is a constant series of changes, and how you deal with those changes can determine your future. I'll be 74 years old this year, and I thought, How much longer can this life go on? And yet, at this age, I still have the passion to express my feelings about what's going on within my life right now.

There's a powerful song on the disc called "Encore." It sounds so personal and melancholy, as if it could be your last musical statement. Do you think about life after retiring from music?

Crosby, Stills and Nash, and Crosby, Stills, Nash and Young have been a large part of my life for the last 40-something years. Sometimes you have to realize that, as with life, some things are downward sloping into whatever comes next. I wanted to write a song with Shane Fontayne — who wrote everything with me on the album — about that.

I'm a lucky man. I get to express myself in many odd forms, and one of the reasons why I don't have writer's block, as some of my friends tend to do, is because if I'm not writing, then I'm sculpting a piece of marble. If I'm not doing that, I'm doing photography. I constantly have the ability to create. I have to create every single day or I have difficulties sleeping.

The disc contains some pointed political statements — "Mississippi Burning" and "Watch Out for the Wind." Talk about those tunes.

"Watch Out for the Wind" was about Michael Brown and that situation in Ferguson, Missouri. I was looking back at the '60s civil rights history of the United States, and I felt deeply for the [young people who were murdered] — the one black guy and the two white kids from the East — and how they were murdered in Mississippi because they attempted to help black people vote. I began to think about them. And I began to assimilate all this information and wrote the words to "Mississippi Burning."

It's the same as ever, isn't it? There's stuff that is made to touch your heart, and there's stuff that's made to make you shake your butt. And there's nothing wrong with either of those things. It seems that music has taken a turn for the visual, which means that it has to have dance routines, giant props, flashing lights and stuff. But none of that can make a song a good song. You have to start with a song that has a reason for existing.

What else do you have new on your horizon?

John Murph is a writer and the Entertainment & Lifestyle Channel editor for AARP Media.