10 Things You May Not Know About Paul Anka

For starters, he and Justin Bieber have a lot in common 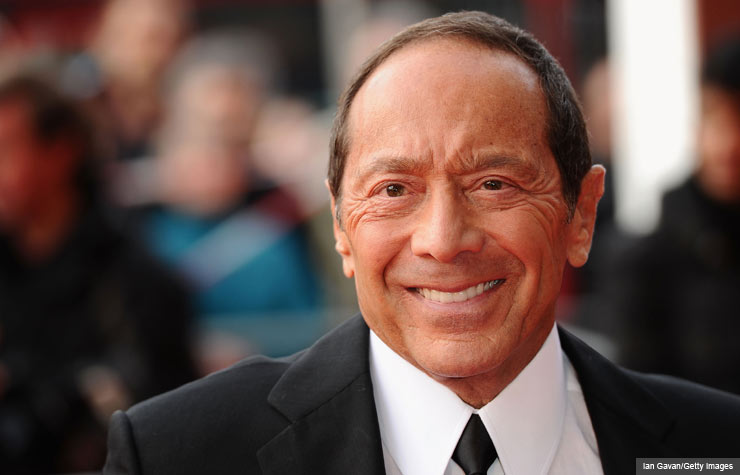 "There's always been screaming girls, you know?" Anka says when asked to compare himself with the increasingly troubled teen idol. He has followed Bieber's career, but worries about the constant media attention that accompanies young stars. He's glad he shot to fame decades earlier.

Bieber would do well to listen to Anka. As showbiz storytellers go, the guy is tough to beat. His string of big hits, including "Puppy Love" and "Put Your Head on My Shoulder," began when he was a teen; by mid-career, he settled in as a headliner in Las Vegas and tagged along with Frank Sinatra and the Rat Pack.

Anka has penned some of the most famous pop songs of all time, for artists as diverse as Buddy Holly and Michael Jackson. And he's about to be red-hot again: His new autobiography, My Way, and new album, Duets, hit stores this April. (See a video at the bottom of this page about Anka's duet with Michael Bublé.) His summer tour begins in May.

"I've lived a life, that's for sure," Anka says, with the knowing chuckle of a man whose career has bridged two centuries.

Here, in his words and ours, are 10 facts of that life you may be surprised to learn.

1. At 16, he joined the "Biggest Show of Stars" tour with the likes of Buddy Holly, Jerry Lee Lewis and Chuck Berry. He wrote a song for Holly, "It Doesn't Matter Anymore," just before the singer died in a plane crash. It was a posthumous hit. Anka gave his royalties from the song to Holly's widow.

Buddy was a heavy influence, but he was more of a friend. He was around my age, we started in the music business together. We appreciated each other.

2. In 1962, little-known comic Johnny Carson asked him to write the theme song for a new version of Tonight on NBC.

I was doing a show in England and I needed some comic relief from all the music and I hired Johnny. I kept in touch with him, and he ended up in New York and called me and said, "I've got this TV show that I'm going to be doing for maybe a couple of years — ha ha ha — and can you write me a new theme?" Who knew it would be on that long, five days a week? I got paid every time it got played.

3. As rock 'n' roll became popular, his throwback style led him to the place that would define the rest of his career: Las Vegas.

It's become a big Disneyland. It's corporate. It's shorts and sandals. I knew it when everybody was in shirt-and-tie and it was Mafia-driven and it had a great sense of style. I look at it really with a smile on my face. From the beginning, I watched this whole journey, this whole circus. It's cool, you know? 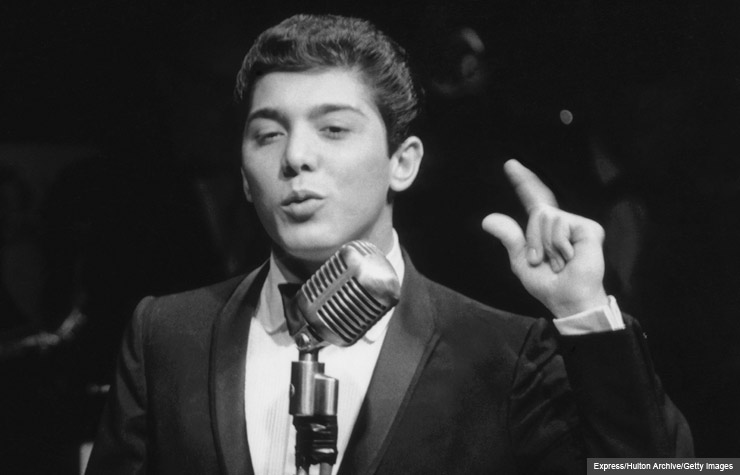 4. As a headliner in Vegas in the '60s, he had a front seat for the heyday of the Rat Pack. He idolized Frank Sinatra.

I saw him from corner to corner, from behavior in steam rooms to socially at parties, onstage, rehearsals. So I got the full menu of what this guy was about. I don't think there's anybody who's been talked about or written about as much. Even today. What you had coming at you was this guy, this person, this godlike creature, he was a bad boy, he was a good boy — and could sing! Think about that, huh, today? Stylistically, he was an incredible interpreter of American standards.

5. In 1968, he penned the lyrics to "My Way" — written for Sinatra's impending retirement — in a single night.

When I perform it, I feel the difference from when I started. You do feel certain songs differently at certain passages of your life. There's no doubt about it. I play it at every show. They'd throw [stuff] at me if I didn't. They come to see it. They want "Diana." They want "My Way." There are certain songs that you wouldn't dare not do.

I love it for Tom to sing. But I don't think it's something that I could have made a hit. I'm a writer first, and I write for people who have different styles. I think it's somewhat chauvinistic, but Tom pulls it off.

7. Even the songs he wrote as ad jingles became hits. In 1975, "The Times of Your Life," written for a Kodak commercial, hit No. 7 on the Billboard charts.

Isn't it amazing that there's no Kodak [commercials] today? Who would have thought that? The song was a departure, a totally different working environment.

8. He cowrote Michael Jackson's final hit, "This Is It," which was released after it was discovered at the singer's home following his 2009 death. It was recorded in the early '80s, but Anka says Jackson secretly took the demo tapes from Anka's studio.

He was always pretty cool around me. I knew him as a kid. His family came to Vegas. He sought me out in the '80s. I guess the only negative I would have [about him] is when he did steal the tapes from me, but I wouldn't be talking about that song today if he hadn't. He was different. Very different. A little eccentric. But he was a great artist.

9. He has four grown daughters and a 7-year-old son.

It's different, in the sense that at this stage — how many summers do I have left? I don't work in my office anymore. I work at home. I'm up every morning with him, and I take him to school, and I pick him up at school. He's always with me. I work out of home so that I'm here for him, because time is the biggest asset that we all have, and you have to use it properly.

10. He has never felt younger.

If you're fortunate enough to do something that you do love, if you have a passion, then you're never working a day in your life. And that's me since I'm 16. With all the Rat Pack experience, I came away from it not being a heavy smoker or drinker because I saw what it did to them. Eating properly and exercise, and mentally keeping myself in the right place with the right kind of pressure: It's worked for me. I've been protective of my body for the last 40-some years. If you do that, and stay active, you got a shot at having a real, unfettered life, and keeping the brain working. I've seen too many guys retire, even Frank, and they sit around counting their money and they just die. They throw dirt on you if you stand still, and I've been afraid of that. I just keep moving and doing what I'm doing.

16 Songs That Everyone Over 50 Should Own