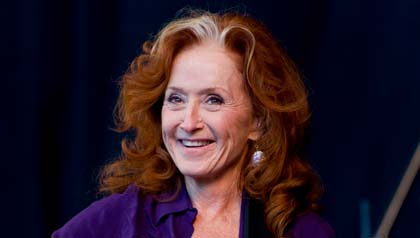 For years Bonnie Raitt sang the blues, but in 2005 she started living them. That year, her parents died within months of each other. Later, she became a caregiver for her brother Steve, who succumbed to brain cancer in 2009.

"There probably isn't anyone who doesn't know someone who's been affected by cancer," says the Grammy Award-winning singer and slide guitarist. "There are lots of resources for help. Once I started heading in that direction, I began to work on myself in therapy, too."

Raitt, 62, coveted time at home. "Being able to enjoy all four seasons in one place was wonderful," she says. "For a [traveling] musician, staying at home is a vacation."

Raitt took long bike rides, renewed old friendships, and fixed up her Marin County, Calif., house. She returned to the studio in late 2010 to record  Slipstream, which has two songs by Bob Dylan and one by her ex-husband, Michael O'Keefe. Batteries recharged, Raitt will hit the road to promote her new album this spring.

Also of interest: 16 songs that everyone over 50 must own. »