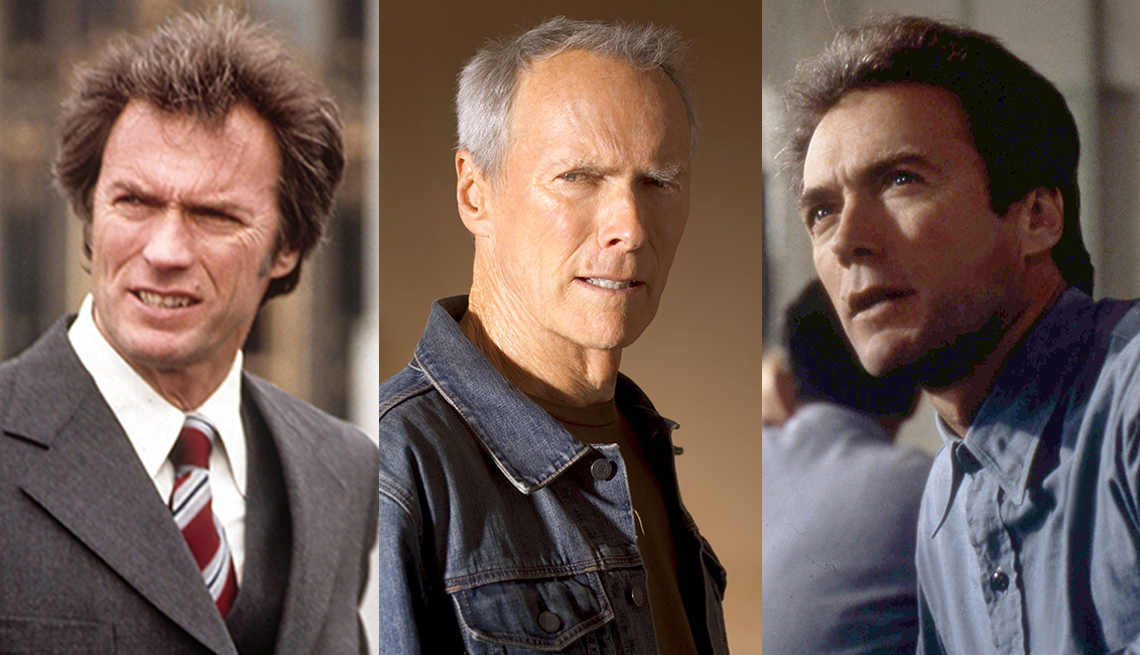 En español | "A man's got to know his limitations,” Clint Eastwood famously said as Dirty Harry Callahan in Magnum Force. Yet over the course of his career, Eastwood has continually stretched beyond what seemed like his limits.

Initially considered an actor with a narrow range, he was tagged with the nickname “Clint the Squint’ for what seemed like his only facial expression. But he moved past his speak-softly-and-carry-a-big-gun roles as Dirty Harry and the spaghetti Western's Man With No Name and became an actor — and director — of uncommon sensitivity and moral complexity.

As he celebrates his 90th birthday May 31, we rank (in descending order) the top 10 times that Eastwood made our days on the big screen.

A decade and a half before Fatal Attraction, Eastwood pulled off an impressive directorial debut with this chilling thematic precursor about a DJ who's stalked by a former one-night stand. If you thought Jessica Walter was a nightmare as mother-from-hell Lucille Bluth on the cult-favorite sitcom Arrested Development, just wait until you see her as the murderously obsessed fan. Eastwood gives what could be a generic potboiler a personal touch, casting filmmaking mentor Don Siegel as a bartender and providing viewers with breathtaking glimpses of his beloved Carmel-by-the-Sea, California, where he later served as mayor.

Stream it now: Play Misty for Me

Eastwood's profound love of jazz permeates every frame of this biopic of Charlie “Bird” Parker (Forest Whitaker), the bebop saxophonist who revolutionized music before he died at the age of 34. Yet the film doesn't get bogged down in tragedy, taking flight as it depicts the often joyful connections between Parker and fellow pioneer Dizzy Gillespie (Samuel E. Wright) as well as the love of his life, Chan Berg (Diane Venora). Bird deservedly gave Eastwood his first taste of awards cred, as he won the Golden Globe for best director, and Whitaker took home the best actor prize at the Cannes Film Festival.

In an impressively vulnerable performance, Eastwood plays an aging Secret Service agent who's still haunted by that 1963 day in Dallas when he failed to save JFK. He's pitted in a cat-and-mouse game against a psychopath (John Malkovich) who's taunting him with threats to assassinate the current president. Directed with pinpoint precision by Wolfgang Petersen (Das Boot), In the Line of Fire earned Academy Award nominations for Jeff Maguire's deftly crafted screenplay, Anne V. Coates’ expert editing and Malkovich's terrifying turn as Eastwood's most formidable on-screen adversary ever.

Stream it now: In the Line of Fire

Eastwood must have been feeling damn lucky when such actors as Frank Sinatra, John Wayne, Robert Mitchum, Steve McQueen and Burt Lancaster turned down the role of trigger-happy San Francisco police inspector Harry Callahan. The shoot-first-and-ask-questions-later role fit the laconic star as snugly as the character's trusty shoulder holster, and he returned in the sequels Magnum Force, The Enforcer, Sudden Impact and The Dead Pool. But the original (directed by his Play Misty costar Siegel), in which Harry tracks a serial sniper, remains the series’ creative peak. Nearly a half-century later, we're still wild about Harry.

Dirty Harry director Siegel and Eastwood returned to San Francisco — or, rather, the notorious island prison in San Francisco Bay — for their fifth and final film together. It's also their finest collaboration: a stripped-down, fact-based drama that casts the star as Frank Morris, a sharp-witted inmate who staged a daring attempt to break out of the titular maximum-security facility in 1962, a year before it closed for good. The script, by Richard Tuggle (who later directed Eastwood in the underrated thriller Tightrope), is as lean and muscular as Eastwood himself. In short, Escape From Alcatraz rocks.

Stream it now: Escape From Alcatraz

Nearly everything about the best of director Sergio Leone's spaghetti Westerns is oversize: the wordy title, the running time (nearly three hours), Ennio Morricone's instantly evocative score, the sweeping vistas and extreme close-ups. All of which makes Eastwood's cool underplaying the perfect contrast as the most moral member of a trio of bounty hunters searching for buried gold during the Civil War. With his iconic poncho and cigarillo, his slow-burn charisma ultimately proves as combustible as the explosives he uses to blow up a bridge in the film's most spectacular scene.

Stream it now: The Good, the Bad and the Ugly

Released on the eve of the bicentennial, this Western pays tribute to America's spirit of rugged individualism. It's a simple story on the surface: A Missouri farmer seeks revenge against the renegade soldiers who murdered his wife and son in the aftermath of the Civil War. But in the hands of Eastwood — who took over as director from co-screenwriter Philip Kaufman (The Right Stuff) early in the production — it becomes a rousing picaresque adventure. The high-caliber supporting cast includes Chief Dan George (Little Big Man) and Eastwood's longtime real-life love interest Sondra Locke.

This movie was a knockout for so many reasons, starting with Hilary Swank's transformative commitment to the role of an underdog boxer; she packed on nearly 20 pounds of muscle for the part and dug deep beneath the character's skin, earning her second best-actress Oscar (after 1999's Boys Don't Cry). Then there's Morgan Freeman, who reunited with his Unforgiven director and won a best-supporting-actor Oscar as a former fighter who's lost sight in one eye but not the ability to see into people's souls. Finally, there's Eastwood, who pours all of his life's experience into playing a tough-love trainer and snagged a best-actor nomination. Eastwood also won for best picture and best director for gracefully guiding a story that takes a sharp left hook midway and becomes something much more moving than the female Rocky it first appears to be.

Here was something completely unexpected from Eastwood: a devastating contemporary crime story set in Boston (adapted from Denis Lehane's novel) that deals with complex themes of grief, rage and trauma. Sean Penn and Tim Robbins justly won Oscars for best actor and best supporting actor — the first time a film had swept both since Ben-Hur in 1960 — as childhood friends who are torn apart by a murder. Mystic River also features two of the most fully realized female characters in Eastwood's canon, as Penn's and Robbins’ wives. While the director doesn't appear in the film, he did compose the affecting score. Watch for a cameo by his The Good, the Bad and the Ugly costar Eli Wallach as a liquor store owner.

Eastwood held onto the script for this revisionist Western by David Webb Peoples (Blade Runner) for years until he had the wisdom and gravitas to do it justice. It was well worth the wait, as the tale of an over-the-hill reformed gunslinger (Eastwood) who comes out of retirement is a moving meditation on sin, fate and redemption. Deconstructing the myths of good guys and bad guys, Unforgiven delivers a powerful anti-violence message without ever getting preachy. The actor-director's final foray into the Western genre won Oscars for best picture, best director, best editing (Joel Cox) and best supporting actor (for Gene Hackman's wily work as the ruthless sheriff Little Bill Daggett). It's unquestionably Eastwood's masterpiece.

Did we name your number-1 Clint pic? Did we leave one of your favorites off our list? Share your favorites — and why — in the comments section below!