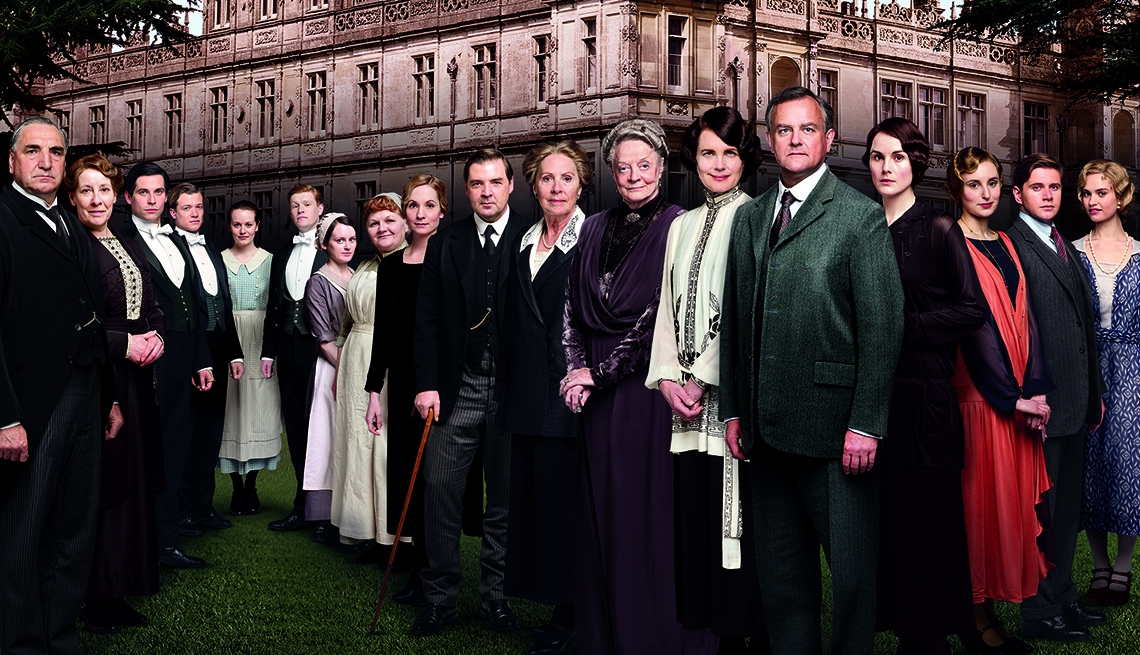 Among those due to return for the “Downton Abbey” movie are cast members (from center left) Brendan Coyle, Penelope Wilton, Maggie Smith, Elizabeth McGovern, Hugh Bonneville and Michelle Dockery.

Downton Abbey, the most Emmy-honored foreign television show in history, watched in 220 territories and by 160 million people in China alone, will be a movie soon.

Three years after the last episode aired, the film version will begin shooting this summer. Most of the original principal cast are back, including Hugh Bonneville, 54, as Lord Grantham and Michelle Dockery as Lady Mary Crawley, along with the original producer, director and writer-creator Julian Fellowes, 68. Even Violet Crawley (Maggie Smith, 83) will be back — despite the fact that in a 2015 interview, Smith said she couldn’t do a movie because by the last episode her character "must have been about 110. It couldn’t go on and on.”

But it is going on, and Britain’s The Guardian says “it is expected the action will pick up directly from the last season’s finale,” set in 1926. Few outside the production know how many years the film will cover, the plot, or — most important — the release date. In a 2012 interview, Fellowes told me that the success of Mad Men made him think it might be fun to take Downton up to the early 1960s, and then let Mad Men carry on the story of that whole century.

If Fellowes took it that far, it would certainly still be rooted in period authenticity. He’s such a stickler for realism that the most outrageously improbable event in the first season — the death of a handsome foreigner during an illicit assignation in a Downton Abbey bed — really happened. “It wasn’t made up at all,” Fellowes said in 2012. “A friend of mine came upon this diary of his great-aunt, a blameless dowager. This young woman had this man in her bed, a diplomat, and he died of a heart attack. If this story got out, the scandal would’ve been sensational and ruined them. So they dragged his body down the corridors into his own bed. The deception was completely successful. I said, one day I’m going to use this in a script. Ten years or so later, I did. I kept the story in the squirrel-nut box one has in one’s head.”

Fellowes surely has more such discoveries for us in the film. Bonneville, who has said Fellowes’ personality is captured in both his own lord-of-the-manor character, a “benign dictator,” and the “barbed wit” of Maggie Smith’s character, has a smart take on why Downton was so popular in the U.S. “It's an escape into a world of civility and mutual respect,” he said. “In our modern world, there's anger, uncertainty, joblessness.”