Don't underestimate hunk-turned-thespian Jon Hamm, 47. After his first role as “Gorgeous Guy at Bar” on Ally McBeal, he won prestigious TV awards in drama and comedy on Mad Men and Unbreakable Kimmy Schmidt, and in the past 14 months his movie roles have wowed highbrows: a robot mensch in Marjorie Prime, a hothead robber in Baby Driver, a memorabilia dealer to the bereaved in Nostalgia, and now his best post-Mad Men performance yet, dipsomaniac diplomat Mason Skiles in Beirut, a combination of a John le Carré tale and a Bourne film (writer Tony Gilroy wrote the first four Bournes).

Like Mad Men’s Don Draper, Skiles is a master talker even when he’s blotto. After violence erupts at a 1972 bigwigs party he’s hosting in Beirut, he quits the Middle East and government service, dives into a bottle, and becomes a lowly New England labor negotiator. His colleagues shake their heads and call him “a front-runner who stumbled.” 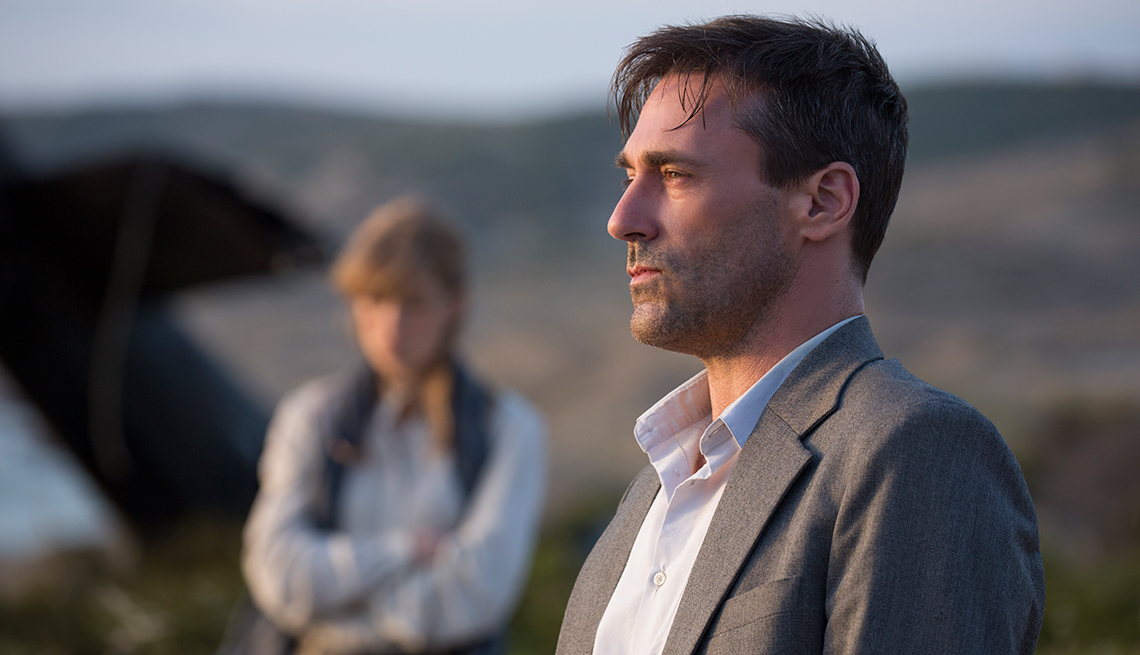 Former U.S. diplomat Mason Skiles (Jon Hamm) must face his past when he negotiates for his best friend's life in "Beirut."

But when his ex-best pal Cal (Mark Pellegrino, 53), Beirut CIA station chief, gets kidnapped by terrorists in 1982, he’s the guy whose silver tongue everybody turns to. (The case is inspired by real CIA Beirut chief William Buckley’s 1984 kidnapping.) Bitter, sweaty, unshaven, Skiles makes his CIA handlers (Breaking Bad’s Dean Norris, 55, and Gone Girl’s Rosamund Pike) nervous, but he’s the one who knows best that when the talking stops, the fighting starts. The real problem in Beirut is people drunk on power.

Besides, the terrorist they’re negotiating with — who wants to trade Cal for the perpetrator of the Munich Olympics massacre whom Israel may be holding — was the orphaned teenager Skiles almost adopted back in 1972. In 1982, the youngster is swept up in Lebanon’s 1975-90 civil war, which killed as much as 7 percent of its population (equivalent to the death of everyone in America’s seven biggest cities).

Modern Beirut residents are irate about this movie, because the place is way safer now, if not quite the tolerantly diverse “Paris of the Middle East” it used to be. As Lebanon’s first Oscar nominee, 2018’s The Insult, reveals, the war’s tensions are still raw and dangerous, and if Beirut is unfair to the country’s current tourism industry, it vividly captures the nightmare world the city was, and the bewilderingly complicated maneuvers of Christians, Sunni, Shia, Druze, corrupt PLO leaders, Israel, and various factions in the CIA and U.S. government. When you glimpse a couple taking wedding photos in the rubble or a bullet-sprayed poster for the 1981 film Endless Love, you get the irony. 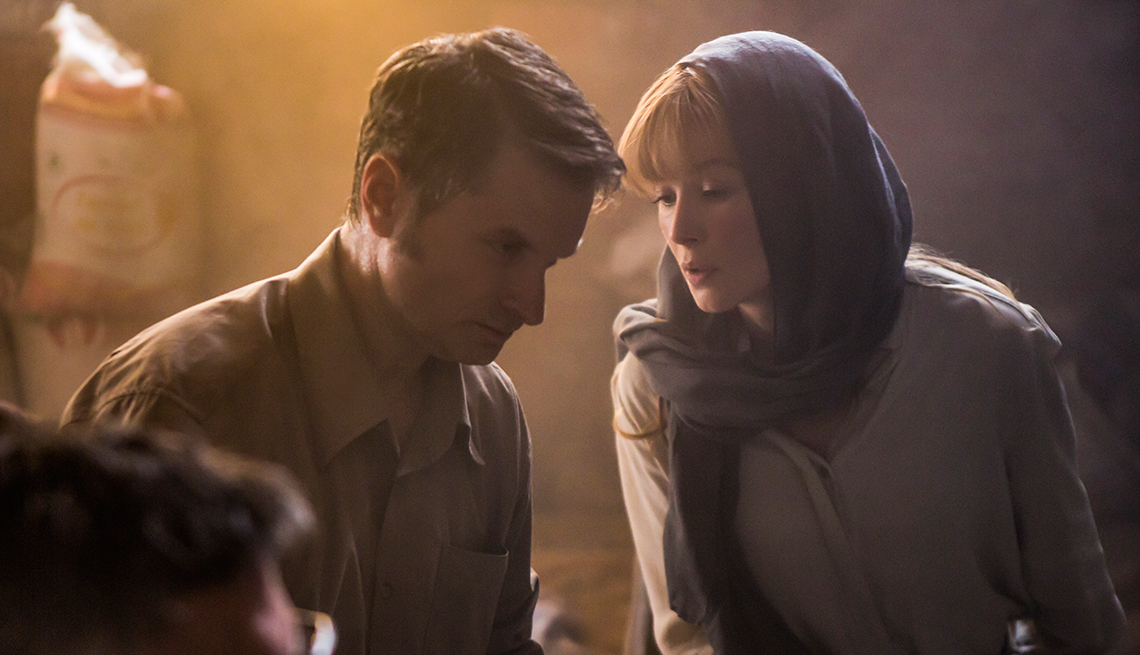 Gilroy deftly sketches the 2,000-year-old conflicts without getting lost in the weeds, but the upshot is, Skiles can’t trust anyone, and there aren’t many good guys in sight, just angry people with Skiles in their gunsights. His alienation involves personal betrayals, giving it the melancholy tone of a le Carré novel.

Though in some ways a standard spy thriller, Beirut is smarter, more brooding and more reality-based than most. It’s a little like George Clooney and Ben Affleck’s more upbeat 2012 hostage movie, Argo, whose triple Oscars made this script possible to make 27 years after Gilroy wrote it.

But the real news here is the breakthrough performance of Hamm — and also Pike, as a hyper-competent hard chick like Jessica Chastain in Zero Dark Thirty, and grownups Norris and Boardwalk Empire’s Shea Whigham, 49, as Skiles' handlers. A good movie can’t solve Beirut’s problems, but it can help turn a hunk into a serious actor.