En español | Silence opens on a scene from hell: a handful of ragged prisoners being hustled across a barren, rocky wasteland. As volcanic vents spew clouds of swirling steam, the wretched men are lashed to posts. Scalding water is then poured over their heads, and the victims' screams rise above the hissing, bubbling cauldrons.

From a distance, a forlorn figure (Liam Neeson) is forced by his captors to watch the ghastly spectacle. He sobs. He trembles. But we are given no hint as to why he is not among the suffering souls. Why is he watching? More important, why are we?

Brutal, beautiful and brilliantly conceived, Silence is the apotheosis of director Martin Scorsese's career, now spanning seven decades. His mercilessly immersive account of two 17th-century Catholic priests risking their lives to bring Christianity to Japan is as intimately observed as Raging Bull, as unapologetically violent as Goodfellas, as spiritually adventurous as The Last Temptation of Christ.

When we meet those two priests, Father Rodrigues (Andrew Garfield) and Father Garrpe (Adam Driver), they are living in relative comfort and safety in Portugal. The pair implore their superior to let them travel to Japan in search of their mentor, Father Ferreira (Neeson), who set off as a missionary years before but has suddenly gone silent. Some say he's dead; others whisper he abandoned the faith to save his neck.

The young priests' aims are twofold: to clear Father Ferreira's name and to continue his missionary work. They contrive to smuggle themselves into Japan, where torture and death are the twin pillars of the government's policy toward Christians. Both are on vivid display in the course of Silence. Despite that, the locals welcome the priests with an insatiable hunger for the Gospel, or at least some variation of it. After some time ministering undercover, the pair are betrayed. They split up for safety's sake, and from here on Scorsese focuses his attention on Rodrigues. Captured and imprisoned, he is brought face-to-face with Inoue (Issei Ogata), a combination grand inquisitor and lord high executioner.

As he did in Hacksaw Ridge, Garfield — a former big-screen Spider-Man — distinguishes himself with a performance that explores the psyche of a good man hurled into the meat grinder of conflict. Scorsese's scenes of violence sometimes build with unbearable suspense; others explode with unexpected fury. He keeps us, like the priests at the center of his story, off balance with a relentless undercurrent of dread. 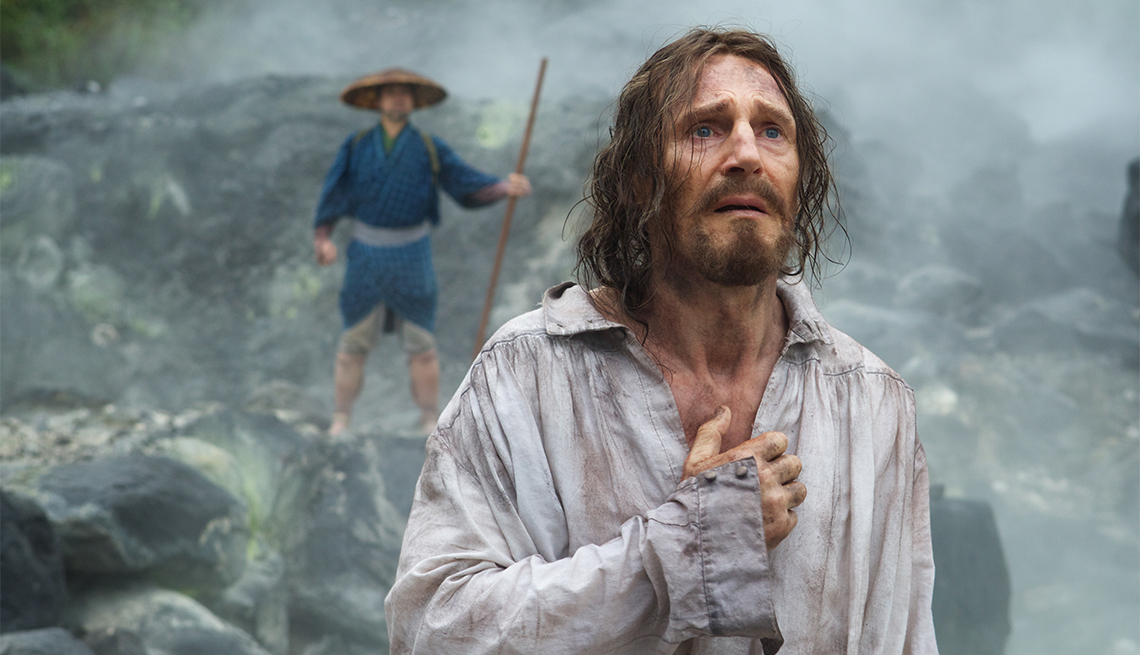 Most memorable is veteran Japanese actor Ogata as Inoue. Old and exhausted from a life of chasing down meddlesome foreigners, he greets his prisoners with a sad, almost wistful smile. Inoue assures the Westerners his grotesque methods of oppression are nothing personal — it's just that Japan's centuries-old culture has no place, you see, for something as revolutionary as Christianity.

Indeed, it eventually becomes clear that Inoue could not care less what his prisoners believe; his sole concern is what they profess to believe. Ironically, the offer of easy escape through a cynical denunciation of Christianity vexes Father Rodrigues more than an insistence that he genuinely alter his worldview would have.

Ogata is transfixing as the inquisitor. His smile denotes danger; his simple raising of a teacup threatens catastrophe. In one riveting moment, faced with continued defiance from the young priest, Ogata seems to make his character shrink, like a viper preparing to strike.

It's an interesting coincidence of casting that Garfield burst onto the scene just a month or so ago with his Golden Globe — nominated performance in Mel Gibson's Hacksaw Ridge. In Gibson's film, Garfield played a Medal of Honor–winning medic whose feats of heroism were inspired by his unshakable Christian faith. Scorsese's priest, by contrast, seems motivated primarily by his allegiance to the institution of the Church. Whereas the second man's faith is dictated by external structures, the first man's faith seems to radiate from within.

Thus Scorsese leaves us pondering a three-part question: How far can organized religion sustain us in the face of oppression? When does pure faith kick in? And does that belief suffice?