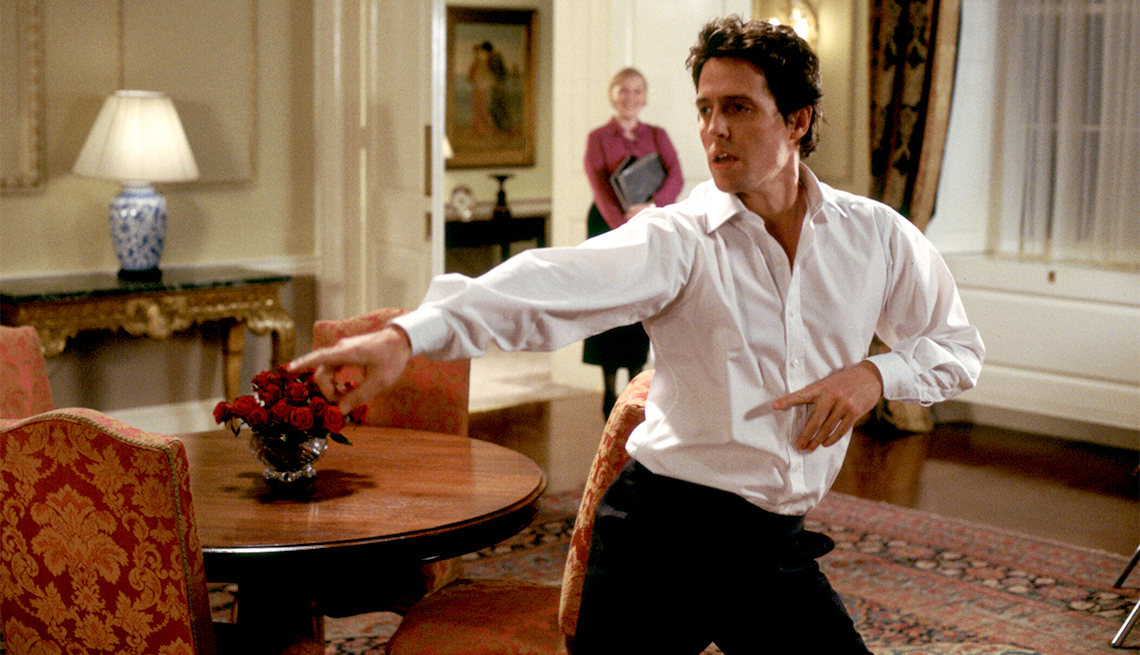 "Love Actually" fans will get a glimpse of what happened to the main characters 14 years later.

We feel it in our fingers, we feel it in our toes. Yes, a “Love Actually” mini-reunion is really happening with the airing of a sequel on the small screen this spring. It may be only 10 minutes long, but it will bring together many of the cast members from the popular 2003 romantic comedy, including Hugh Grant, Martine McCutcheon, Andrew Lincoln, Colin Firth, Bill Nighy, Keira Knightley, Rowan Atkinson, Liam Neeson and his on-screen son, Thomas Brodie-Sangster, now 26 years old.

A notable exception from the cast list is Emma Thompson, perhaps because the actor who played her cheating husband in the film, Alan Rickman, died in January 2016 after battling cancer.

In 2012, the president of Universal Pictures told the media that he’d like British director and writer Richard Curtis to create a follow-up to the film, which featured intertwining stories examining the complexities of love.

“I think there should be a 'Love Actually 2.' I’d give it a green light,” Universal chief Eddie Cunningham told Britain’s Mail On Sunday. "I think many American movies try to emulate that brilliant format where the stories interweave and no one’s on screen for more than six minutes, but only Richard has achieved it. It really makes you appreciate the beauty of his writing.”

And although this won’t be a full-fledged movie sequel, the 10-minute short sketch will give fans a glimpse of what happened to many of the movie’s main characters, 14 years on.

The short reunion film is set to air as part of the Red Nose Day telethon that raises money for the charity Comic Relief on March 24 on BBC One in Britain, and on May 25 on NBC in the U.S.

"I would never have dreamt of writing a sequel to 'Love Actually,' but I thought it might be fun to do 10 minutes to see what everyone is now up to,” Curtis said in a statement. “Who has aged best? I guess that’s the big question ... or is it so obviously Liam? We've been delighted and grateful that so many of the cast are around and able to take part — and it'll certainly be a nostalgic moment getting back together and re-creating their characters 14 years later."

Although the specifics of the sequel are under wraps, Curtis says it will be "very much in the spirit of the original film."

Curtis, 60, is also the man behind the British classics “Notting Hill,” “Four Weddings and a Funeral” and “Bridget Jones's Diary.”