And landlines, no cellphones. To punish his mouthy teenage daughter Ali (Abby Quinn) for sneaking out of her bedroom to seek risky thrills, her dad (John Turturro) yanks her Trimline phone from its plug.

But the period-perfect details take a back seat to the travails of the family at the center of the film, characters sketched with a light yet meticulous emotional touch.

It turns out the dad, a Manhattan adman and frustrated playwright, has been sneaking out on his wife (Edie Falco), who might just sneak out on him. Ali, meanwhile, is dipping her toe into dark, deep waters of sex and drugs.

And for the film’s heroine, Ali’s big sister, Dana (Jenny Slate), romance with her nice, nerdy fiancé (Jay Duplass) is listlessly lustless compared with the come-ons of her larky, hunky ex (Finn Wittrock). 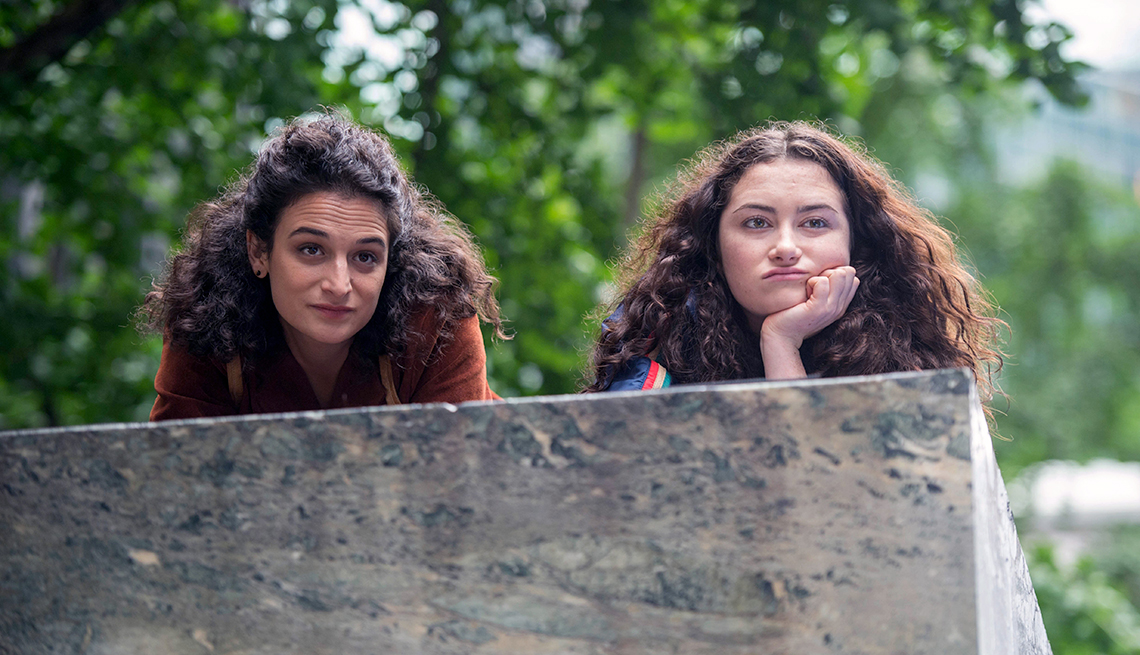 The older actors’ quarrels aren't as credible; they sound intelligent but less spontaneous. When Falco walks in and Turturro is watching Lenny Bruce on HBO singing the anti-love song “All Alone,” he says, “Remember when we saw him on our first date?” It’s contrived exposition, not convincing. Yet it’s a pleasure to see Falco and Turturro, now mature masters of their craft, flesh out the characters with consummate skill and subtle glances. Their bitter, accurate critiques of each other don’t just zing but sting.

The new kids on the indie block are the main news in Landline, but Turturro, hot on the heels of his Emmy nomination for stellar work in HBO’s The Night Of, is not to be overlooked. And if you’ve ever been impressed with Falco as Carmella Soprano or Nurse Jackie, don’t miss her in a performance that has much in common with both, but also feels new. She makes you believe her character’s old story is happening for the first time in a family that makes you feel like you belong. Whether you like it or not.