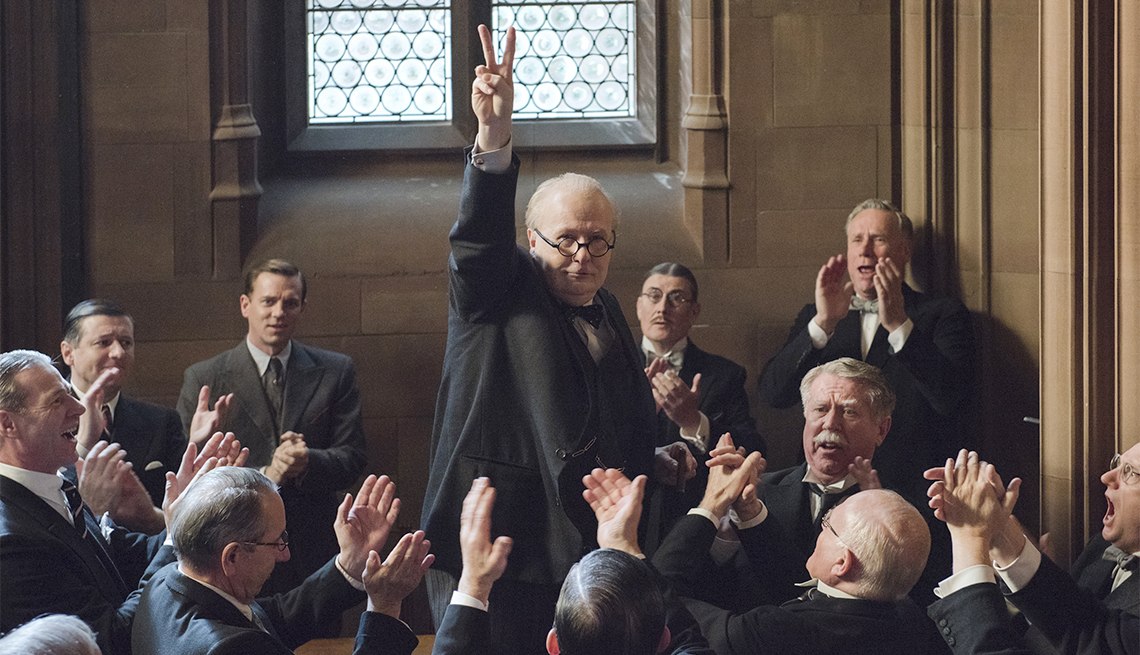 Probably the likeliest Oscar winner in 2018 is Gary Oldman, 59, for playing Winston Churchill in Darkest Hour. The title refers to a black period in 1940, when Hitler was winning World War II and Churchill defied the British establishment, whose eminent members thought the only and obvious smart move was to surrender. The film boasts a parade of top actors and a brilliant acting duel between Oldman and Australian star Ben Mendelsohn, 48, as Churchill's opponent-turned-ally King George VI (the role Colin Firth made famous in The King's Speech). Director Joe Wright says that Oldman and Mendelsohn remind him of two prizefighters vying for a title. But Oldman very nearly ran away from his own rendezvous with destiny in the role of a lifetime, as he said at a Washington, D.C., screening of the film and in an AARP interview.

Why did you hesitate to accept the role of Churchill? Was it partly all the famous people who played him before?

I turned it down. You're stepping into Richard Hardy's shoes, Albert Finney's shoes, Michael Gambon's. And, of course, the silhouette. You look at me, and I probably could have a good crack at Stan Laurel.

Or other skinny, intense guys you've played to acclaim: Sid Vicious, Lee Harvey Oswald, Joe Orton, Dracula, and indelible characters in films that were blockbusters, Harry Potter and The Dark Knight. But 3 1/2 hours of makeup a day and a state-of-the-art fat suit by Oscar-magnet designer Kazuhiro Tsuji (The Curious Case of Benjamin Button) make you look the big part you refused to do for so long.

Every time my manager brought it up, I'd say, "I don't want to hear about it — my decision is final!"

What changed your mind?

It was what I call the surrender to Winston, which was almost a year of work.

How did you avoid having your performance contaminated by prior Winstons?

What I did was to push all of that aside and go to the source material, the [1940] newsreel footage. He’s often thought of as this grumpy curmudgeon born in a bad mood, with a whiskey and a cigar, and he shuffles in. And what I saw, what jumped out of this old, jittery black-and-white footage, was a man who was 65 but moved like a 20-year-old. He moved through space with a fixity of purpose. He had this cherubic face with sort of a naughty schoolboy grin, with a sparkle in his eye. 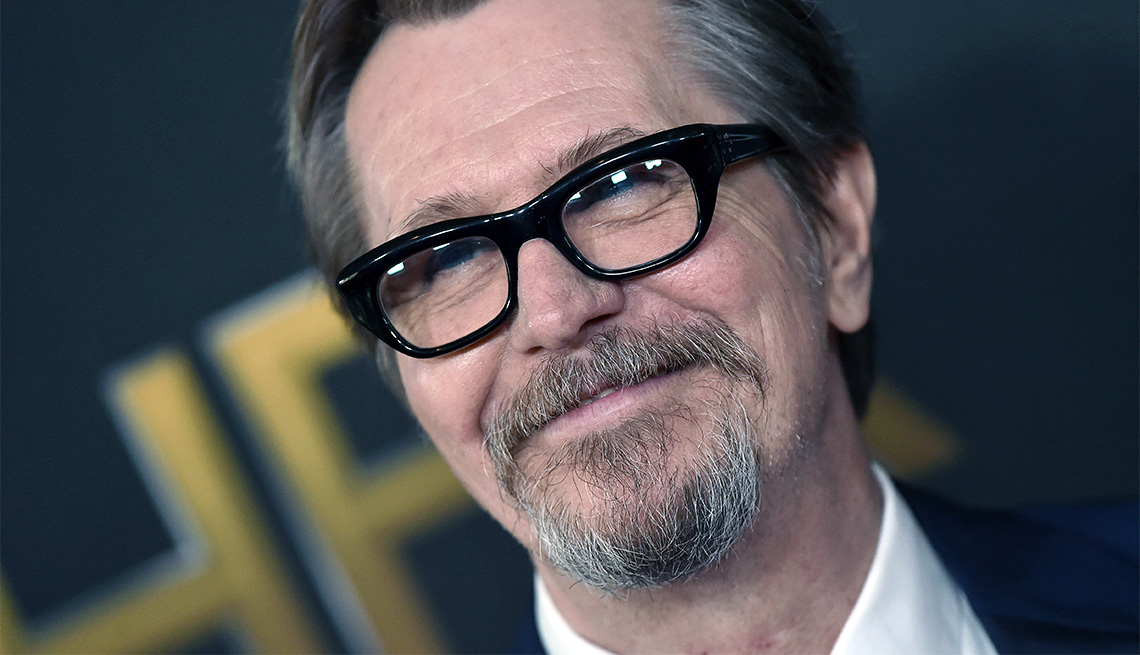 The first half of the film is like a comedy about a roguishly lovable guy — the lighter side of the darkest hour. Churchill's great-grandson Randolph Spencer-Churchill said you captured something others have not: "The fun, the spirit, the endeavor, the buccaneering." A rebel who drinks too much, like the character who made you famous at 28, Sid Vicious.

Very, very different. But there's certainly a British swagger to both. It's 30 years since I played Sid. I've had 30 years of life to pull from. I know what it's like to be up; I know what it's like to be down. Not that you consciously draw on the experience, but you just intuitively recognize things. You're drawing on things that are maybe not in your conscious mind. In the newsreels, what I was looking at was just the fortitude, the persistence of this dynamo. Because we weren't making a whole life — it was playing him over five weeks; it's a chance to show a character you hadn't seen before, with all the warmth and all the history. You can't equate him with anyone else except, in my mind, someone like Washington or Lincoln. You're playing a man who had a very strong sense of marketing himself, of branding before it was even a thing. He was this round, short man in his funny Victorian clothes with his homburg hat and cigar and such.

What did Churchill mean to you personally?

I was born in 1958, and of course Churchill was our hero — I guess our savior. The man who won the war. My mother’s 98, went through the blitz; my dad was in the Royal Navy at the battle of Okinawa. One feels a connection there. But I’m constantly amazed discovering things about Churchill. I was surprised to find when I read the script was just how close we came to losing. Eventually, we didn’t do a deal with Hitler. I could forgive perhaps the Americans for not knowing the history, but I thought it was interesting that in Britain a lot of the people also didn’t know any of the details of the story. That is something to take away from the film, to realize just how perilously close we came right down to the wire.

Kristin Scott Thomas is amazing as Mrs. Churchill, Clementine, who cuts him down to size for his own good. What light does she cast on his character?

It's taking the statue down from the — what do you call it? — the plinth, and then meeting them eye to eye. We get a glimpse of the man behind the icon. Would there have been one without the other? Clementine was certainly a driving force in her own right and was an enormous support to him and a sounding board.

Churchill said, "I could not live without Champagne. In victory I deserve it; in defeat I need it.” On Oscar night I think you'll deserve it.

I'm not being kind! I just want to be right, like the 21 other top Oscar predictors on GoldDerby.com who rank you the No. 1 front-runner for the Best Actor Oscar.