VIDEO: A ticking-clock thriller following Winston Churchill in the 96 hours before D-Day.

When John Lithgow heard Brian Cox was cast as Winston Churchill in Jonathan Teplitzky’s new drama set on the eve of D-Day, Lithgow sent Cox a note welcoming him to “the fraternity of Churchill.” The role’s been good luck for some actors. Lithgow won a Critics’ Choice Award in Netfix’s deeply moving series The Crown, Albert Finney and Brendan Gleeson won Emmys as Churchill, and hopes are high for Gary Oldman as the baby-faced cigar chomper in the fall feature Darkest Hour.

Cox, 71, is a genius who won two Olivier awards, and his Churchill is distinctive. But like the prime minister, Cox survived a bad patch in midlife, then triumphed in his AARP-eligible years. After he moved to Hollywood at age 49, he scored a late-career renaissance, earning artistic respect in movies that grossed $3.4 billion.

Cox is the same size and age his character was in 1944, and his great rutted face convincingly conveys the anguish Churchill must have felt on the eve of history’s greatest invasion. He captures the vulnerable gloom and irritability of a man who medicated depression — which he called “the Black Dog” — with whiskey, wine, brandy, pills and Pol Roger Champagne.

But Cox has an improbable enemy: the film’s writer, Alex von Tunzelmann. She is an Oxford-trained historian who rates movies for historical accuracy in her “Reel History” column in the Guardian. So it is ironic that other historians have ripped this new Churchill for showing the hero as a diehard opponent of D-Day, praying for a storm the night before to thwart it. He gets slapped around by his wife (Miranda Richardson), told off by Generals Montgomery (Julian Wadham) and Eisenhower (Mad Men’s John Slattery), and gently ordered by King George VI (James Purefoy) not to join the troops on Normandy Beach. 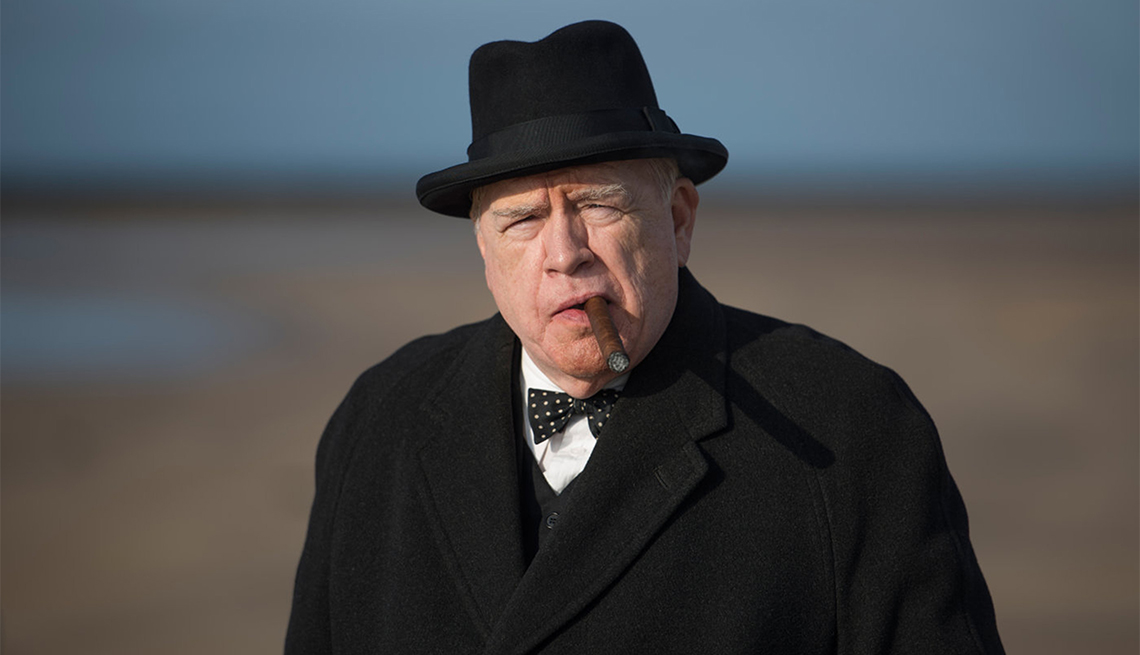 Seldom has a biopic been so attacked for fancifulness. Tunzelmann “gets absolutely everything wrong,” Churchill biographer Andrew Roberts has complained.

Maybe so, but it’s the intimate, over-the-top aspect of Cox’s Churchill that is so distinctive and affecting. However bogus, Churchill is worth seeing for the actor’s imaginative redemption of ham-fisted screenwriting.

We shouldn’t punish actors for taking risks — do you know how terrified Lithgow was by this part? As Churchill said, “You must put your head into the lion’s mouth if the performance is to be a success.” Cox deserves Champagne; as Churchill observed, “In victory I deserve it; in defeat I need it.”