Ryan Gosling communicates better with his eyes than nearly any other leading actor of his generation does with his words. The 36-year-old Oscar nominee is one of Hollywood’s most recognizable and widely acclaimed leading men, but his best work — last year’s La La Land, 2011’s Drive and, without question, this science-fiction sequel to Ridley Scott’s 1982 masterpiece — comes when he has little to say. In Blade Runner 2049, Gosling is exceptional, more than equaling Harrison Ford’s performance as Rick Deckard in the original film. 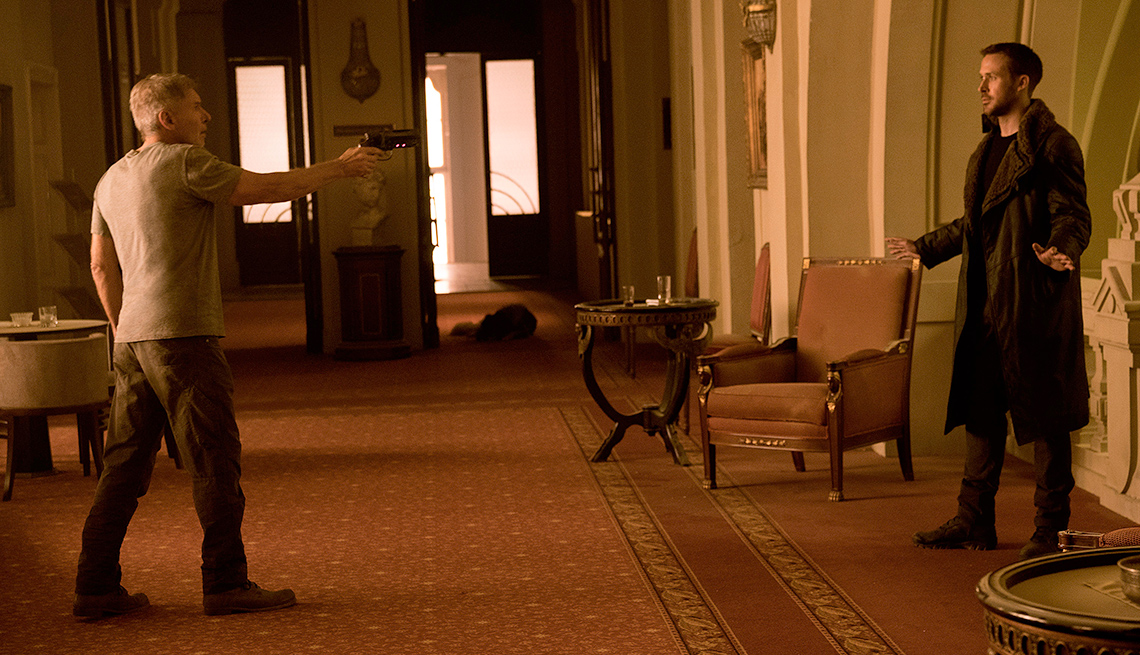 Here, Gosling plays K — like Deckard, a blade runner: a police officer who hunts and kills humanoid replicants. While in the original the unanswered question was whether Deckard is a replicant,  there's no doubt about K. He’s a newer model created by the Wallace Corp. (which has replaced the Tyrell Corp. from the first film), with the programmed purpose of hunting down older models. On a mission, he finds a box of bones on a farm and learns that the woman they belonged to was not only a replicant, but also had died in childbirth. With pregnancy a presumed impossibility for replicants, K’s commanding officer, Joshi (Robin Wright), sends him to find the surviving child and kill him or her before the discovery is made and society collapses from the knowledge.

K’s journey is a meandering one, and the film often slows to a crawl during its relentless 164-minute run time. But its direction — from Arrival’s Denis Villeneuve, just 50 — and the gorgeous cinematography positively distract from the slow pace. Every shot in this movie is a piece of art; watching on an Imax screen is akin to standing in a museum, looking on in awe at a massive canvas. The use of shadow, light and beautiful long-distance camera shots creates a heartbreaking feeling of loneliness and alienation in its broken and dystopic near-future Los Angeles. And all along the way, there is Gosling’s frustrated and desperate K, built to do a job he hates and wanting nothing more than to forge a physical connection to his holographic romantic interest, Joi (the fantastic Ana de Armas). 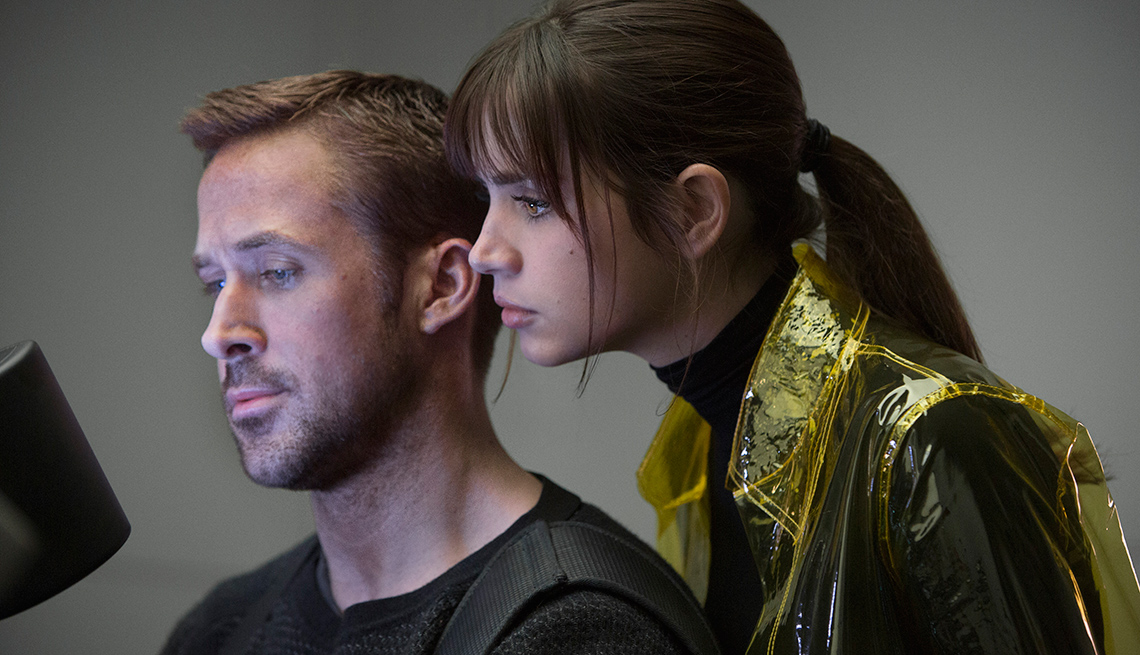 But if the film’s  beauty isn’t enough to keep you in your seat for the long haul, well, how about Harrison Ford? The 75-year-old superstar reprises his role as Rick Deckard, and while there’s a wait to see him, the payoff is worth it. He and Gosling share remarkable chemistry in their limited shared screen time. More than three decades later, Ford still commands attention in the frame, and even when he’s not on-screen, his presence is deeply felt. But make no mistake, Blade Runner 2049 is Gosling’s, and while the movie is a bit bloated, it’s both a worthy successor to the original and a chilling meditation on what it means to be human.