(Video) The Accountant Movie Trailer: As a math savant uncooks the books for a new client, the Treasury Department closes in on his activities and the body count starts to rise.

Must you be a brainiac to keep track of all the plotlines in The Accountant?

No — but it could help. And even if your head starts to whirl, there stands Ben Affleck at the film's center — poker-faced, cool as a calculator and holding the movie together with his own personal gravitational field.

As the accountant of the title, Affleck makes this tangle of plots and subplots compelling. He plays Christian Wolff — at least that's the alias he uses for most of the movie — a small-time Illinois bookkeeper with a big secret: He's also the man to whom international mobsters turn when they suspect someone is skimming money from their accounts.

Thanks to his particular brand of high-functioning autism, Christian possesses an almost superhuman talent for glancing at acres of numbers and pinpointing precisely where the cash has gone … and who in the organization has the light fingers.

His specialty, called uncooking the books, is the most dangerous accounting gig a CPA could land. But Christian has more than the accrual basis with which to defend himself: lethal hand-to-hand combat skills, to say nothing of an arsenal of weapons stored in his very cool Airstream trailer.

In tone and structure, The Accountant resembles a superhero movie. There's even a complex backstory involving Christian's childhood, during which he was either abused or encouraged (take your pick) by a military father (Robert C. Treveiler) who saw finely honed fighting chops as his son's only hope of succeeding in a world that would surely try to hold him back, if not institutionalize him. 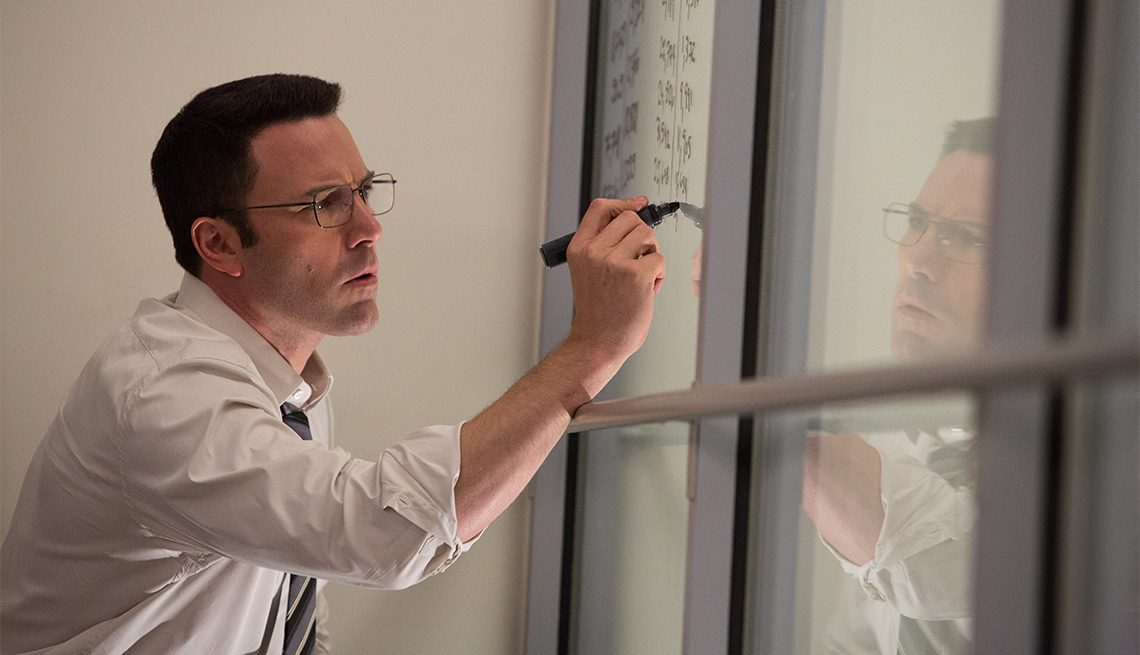 Ben Affleck in "The Accountant"

Ben being Ben, his acting may not seem to require much. Yet Affleck puts his low-burn screen appeal, which nicely suits the character, to excellent use here. Coached from childhood to function in a culture that doesn't understand autism, his Christian yearns for "normalcy." He labors to fashion awkward greetings or make painfully stilted small talk, barely tamping down the rising sense of panic that lurks behind his blank expression. The role calls for an actor who can summon affability and piteousness but burnish them with a scary edge, and Affleck lets all three qualities hum quietly just beneath the surface throughout the film.

Christian, too, gets assigned to solve this financial mystery. As he gets to work, jotting endless columns of figures on the glass walls of a company conference room, he learns a hit squad is after him. For Christian, this is merely business as usual. But the killers have also targeted Dana, who has somehow penetrated Christian's emotional bulwark. Rather than cut and run, he opts to stand and fight.

In addition to these main characters, we are asked to monitor a host of secondary protagonists, including an up-and-coming Treasury Department investigator (Cynthia Addai-Robinson) with something dire to hide; a former mob accountant (Jeffrey Tambor) who teaches Christian how to launder money; and Christian's brother, Braxton (Jon Bernthal), whose revelation late in the film provides one of The Accountant's most satisfying aha moments.

Best of all is Simmons' hangdog sleuth, who's trying to crack one last case before heading out the door. Is his Ray King just another movie cop with a chip on his shoulder? Hardly. Screenwriter Bill Dubuque (The Judge) throws in a neat late twist that illuminates not only Ray's character but Christian's, as well. This is the meatiest role for perennial crowd favorite Simmons since his Oscar-winning turn in Whiplash, and he sinks his teeth into it beautifully.

Could these two support a sequel or two? Superman has cranky Perry White. Batman deals with exasperated Commissioner Gordon. Superhero franchises have been hung on premises far less appealing than that of The Accountant.