Ask someone their life story and they're unlikely to respond, "Sure! It all began with something that never happened …"

Yet that's the approach trendy filmmakers are taking. This week in particular, two film biographies about jazz legends — Miles Ahead starring Don Cheadle and Born to Be Blue with Ethan Hawke — hang their narratives on fabricated events, using fictional setups to illuminate pertinent aspects of the subjects' actual lives.

Don't get me wrong, both films feature extraordinary performances. But they are obscured, at times, by the films' extreme degrees of artistic license.

Miles Ahead, based on the life of trumpet great Miles Davis, is clearly a labor of love for writer-producer-director-star Don Cheadle. From his fevered portrayal of Davis during his drug-soaked lost years in the 1970s to the exquisitely detailed gigs in smoky, subterranean clubs, Cheadle brings stark authenticity to his vision of a troubled musician’s life, both onstage and off.

Betraying the poor health of two industries, the self-destructive musician is nothing new as a movie trope. Indeed, it’s practically de rigueur — there’s a reason no one ever made The Perry Como Story. In Miles Ahead, rather than depicting Davis’ downward spiral (into drugs, booze and a general miasma) in a strict chronological progression, Cheadle drops us in at the nadir, when Davis — five years removed from his last meaningful work — was snorting cocaine day and night in his Manhattan townhouse.

But now comes a fictional magazine writer (Ewan McGregor) who wants to tell the trumpeter's story. He knocks on Davis' door, only to get in a fistfight with the dude and become his bosom buddy. Then there's a house party where a sleazy music promoter steals a tape of Davis' most recent musical noodlings, prompting a long car chase, a hail of bullets and a punch-out at a boxing match.

Except for one thing: All of that action is as true to life as the battle between Superman and General Zod. 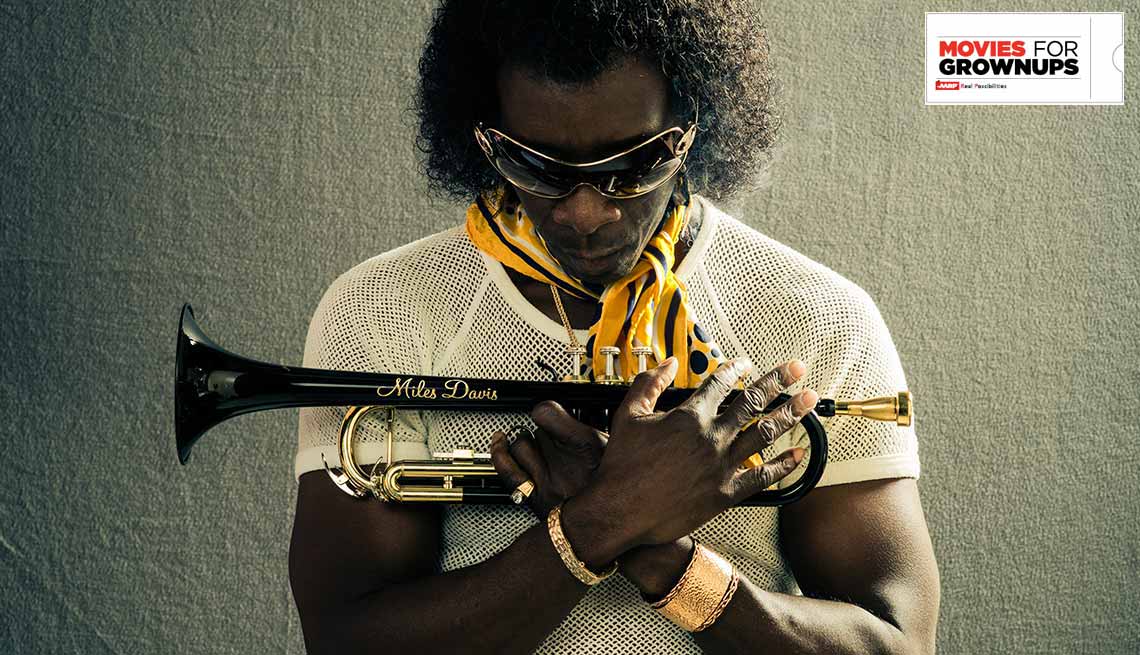 Periodically, the action pauses long enough for Davis to reflect on chapters from his past. In these flashbacks, Miles Ahead is most satisfying. Immersed in his art, wooing the woman of his dreams (a radiant Emayatzy Corinealdi), protesting as cops arrest him merely for standing outside the club where he's headlining, Cheadle's Davis is thoughtful, troubled and ingenious. Unfortunately, the Miles who monopolizes most the movie — the burned-out, irrational, aimless Miles — is a lot less interesting and much more annoying.

Born to Be Blue is the more successful film, if only because Ethan Hawke's trumpet player, Chet Baker, is easier to live with. Soft-spoken and endlessly good-natured, the Baker in Born to Be Blue endures his drug-soaked self-destruction with sad resignation.

"I don't hurt other people," Baker tells his endlessly patient (and utterly fictional) girlfriend. "I just hurt myself." The synthesized love interest is played by Carmen Ejogo, who nearly stole the 2014 historical drama Selma with her portrayal of Coretta Scott King.

The film begins with Baker serving time in an Italian prison on drug charges. (This much really happened.) He is then released into the custody of a Hollywood film director. (That much did not.) Repatriated, Baker begins filming a fictionalized movie about himself (never happened) and falls for his (nonexistent) costar, who helps him through some of the most difficult chapters of his life. In a calamity that did befall Baker in real life, his heroin dealer knocks the trumpeter's front teeth out — hell on the embouchure. 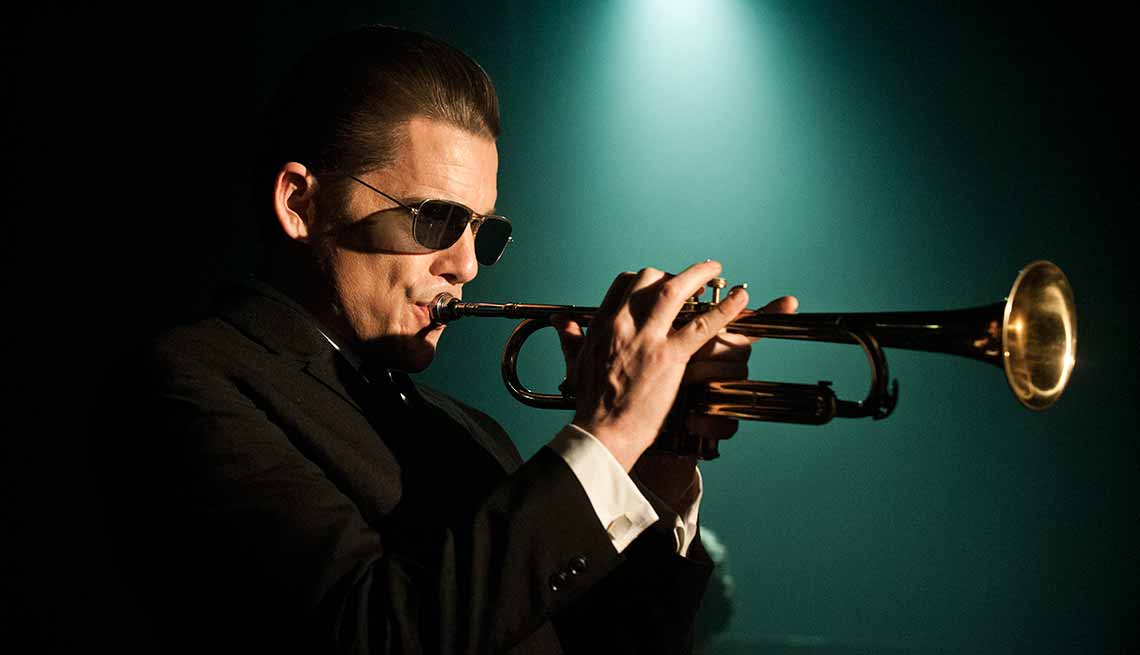 Ethan Hawke plays Chet Baker in "Born to Be Blue"

Old-fashioned Hollywood biopics such as Funny Girl and The Singing Nun embraced whole-cloth legend with unabashed glee. Here, by contrast, writer-director Robert Budreau uses overt signals — changes in color palette, film grain or simple context — to telegraph when he's about to shift from fact to fiction. We appreciate the cues, but when a film flaunts its habitual trespasses that way, you start to question everything: Did Baker's father (Stephen McHattie) really treat him so abysmally? Did Miles Davis (played here by Kedar Brown) actually dis him so savagely after a concert? Movies are works of imagination — we get that — but a biographical film should not send you from the theater with more questions than you brought in.

As Baker, Hawke deepens his string of indelible screen creations. Lovable and infuriating, his Baker alienates virtually every person around him, while keeping the viewer squarely in his corner. At the end, as Baker vacillates between staying clean and keeping the girl of his dreams, Hawke embroils us in his indecision — despite the obviousness of the correct choice.

If you come for the music: Featuring original recordings and latter-day performances by top musicians, both films are sonically outstanding.

Born to Be Blue does not include original Chet Baker recordings; instead, trumpeter Kevin Turcotte sits in on the soundtrack, while Hawke lends his own breathy tenor to "My Funny Valentine" and "I've Never Been in Love Before." (Like Louis Armstrong, Baker was not above putting the horn down and letting loose with a vocal or two.)

Listen to each soundtrack as a reminder that musical genius comes across more vibrantly on vinyl than on film. To the credit of both movies, though, it's not for lack of trying.