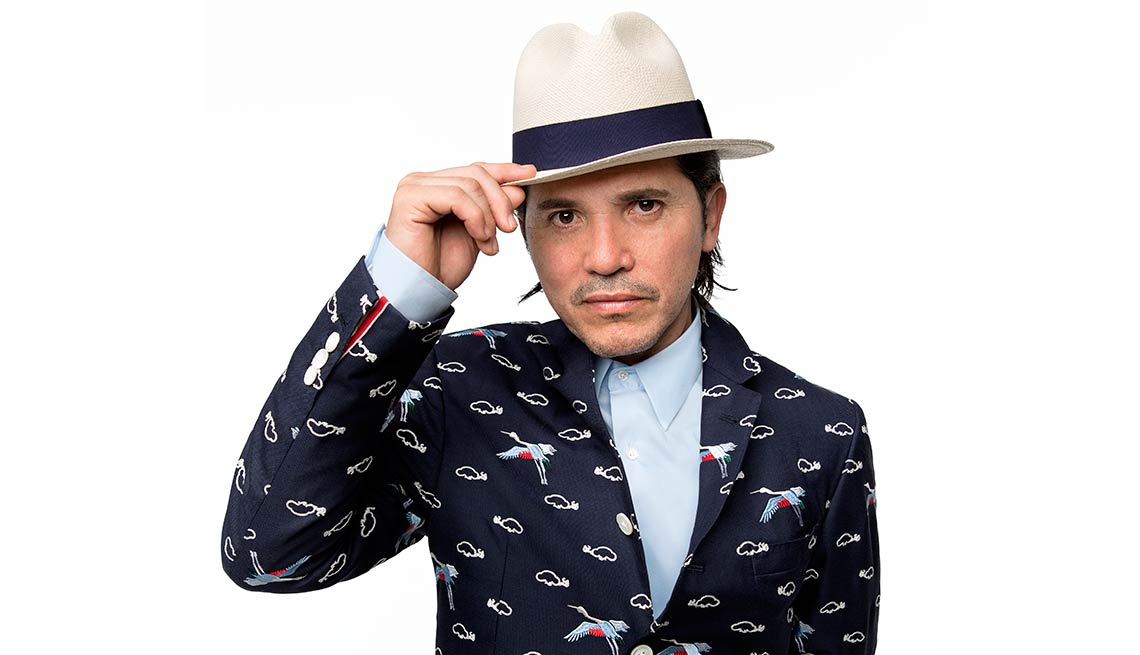 John Leguizamo talks about breaking racial and cultural barriers in the film world.

I know. I don't look it. Everybody thinks I'm in my early 40s, but I feel my age, 51. Even a house starts getting rickety after 50 years. There's a lot more maintenance. Before I train at the gym, I have to do a half-hour of pretraining. But it's OK. There's wisdom that comes with time. You get a macro view of the world and more compassion. Look at Shakespeare's later plays. They all end in forgiveness, even though they shouldn't.

Being Latino in show business, it's gotten much better. When I was 26, I did the one-man stage show Mambo Mouth, and it was a watershed. People started going, "Wow, Latin stories are pertinent." It showed me I'm not limited by how Hollywood — or Hollywoodn't — sees me. Today you've got people like Lin-Manuel Miranda [creator and star of Hamilton: An American Musical] doing colorblind casting. Nobody believed it could work. But he went and made the biggest hit in the history of Broadway.

Comedy, where I started, is more an intellectual sport. Drama is raw adventure. My first big role was in Casualties of War. Thirty-nine actors, mostly guys. Things got competitive and weird. Director Brian De Palma put us through boot camp. Sean Penn stayed in character 24/7. So intense, bro.

Die Hard 2. Damn. I remember going to the movie theater, bringing all my friends and family along, only to see I was almost totally cut out, my voice was dubbed, and I ended up dying.

In my new movie, The Infiltrator, I did the method thing with Emir Abreu, the undercover drug cop I play. I became a stalker fan: "And what did you do then, man?" "And what happened when you went to the bank, dude?" But it was a picture Emir sent me that cracked it — him in a big old, Puerto Rican, curly, high-haired 'fro. That brought the '80s right back to me.

It's been 13 years for my wife and me. There's no secret; you gotta meet the right person. I guess you also gotta put work into it. Keep it sexy. Keep the communication open. When I know she's trying to please me and I'm trying to please her, that's love.

Do as I say

I wouldn't want my two kids doing what I do. I love the art form but not the business. There's a lot of superficiality. The way women are judged — they have an expiration date. It's ridiculous. Or you're too tall, too short. I wouldn't mind my kids becoming playwrights or screenwriters. Then it's about the work, not the B.S.

I'm about to do my sixth one-man show. Most performers go, "I'm one and done." Not me. I'll be touring the country, talking issues. North, South, West, East — I can identify. We're all one unit. People say we are divided by race, by class, but I see us as equal. We're all in this struggle together. That's America the beautiful.