Jackie begins with a wail, not a human one but a tortured outcry of violins, followed by a low moan of cellos and bass — a sound of utter despair.

Mica Levi's evocative score is just one of the many uncannily dissonant elements that make Jackie one of the best movies of the year — a film that finally, after nearly 55 years, comes close to echoing the profound sense of loss and disorientation that engulfed America after the murder of President John F. Kennedy.

Natalie Portman embodies Jackie Kennedy in an unconventional fashion. She doesn't really resemble her subject, and her breathy attempts at approximating Jackie's voice can be more distracting than authentic. But she captures something more visceral in the role: As Jackie begins to dictate the pomp and pageantry of JFK's funeral, we also come to sense her self-doubt. She puts the question to her family priest (John Hurt): Is she doing all this to honor Jack or herself? Should she let history decide the legacy of JFK's presidency, or should she personally set the agenda from the day of his funeral?

In the film's most poignant sequence, Jackie wanders the White House alone late at night, a drink in her hand, playing a record of Richard Burton's upbeat version of "Camelot," the adopted theme song of the administration. It's clearly a fantasy sequence — it seems unlikely the White House staff would have abandoned the building as the president lay dead — but the scene plunges us straight into the chasm that an unexpected calamity can open between our hopes and our actual futures. Jackie undoubtedly felt that gap yawning at her feet that night. So did her nation.

There is much more to Jackie than the inevitable human drama. For those of us who lived through the JFK assassination, it seems as if director Pablo Larrain has excavated our collective consciousness. There's an eerie rightness everywhere: the bright Dallas sun; the long Washington shadows; the delicate bouclé of that pink Chanel suit; the seamless incorporation of newsreel footage; the clarion clip-clop of the horse-drawn caisson and riderless horse along Pennsylvania Avenue. Being there again is no fun, but it is positively transfixing. 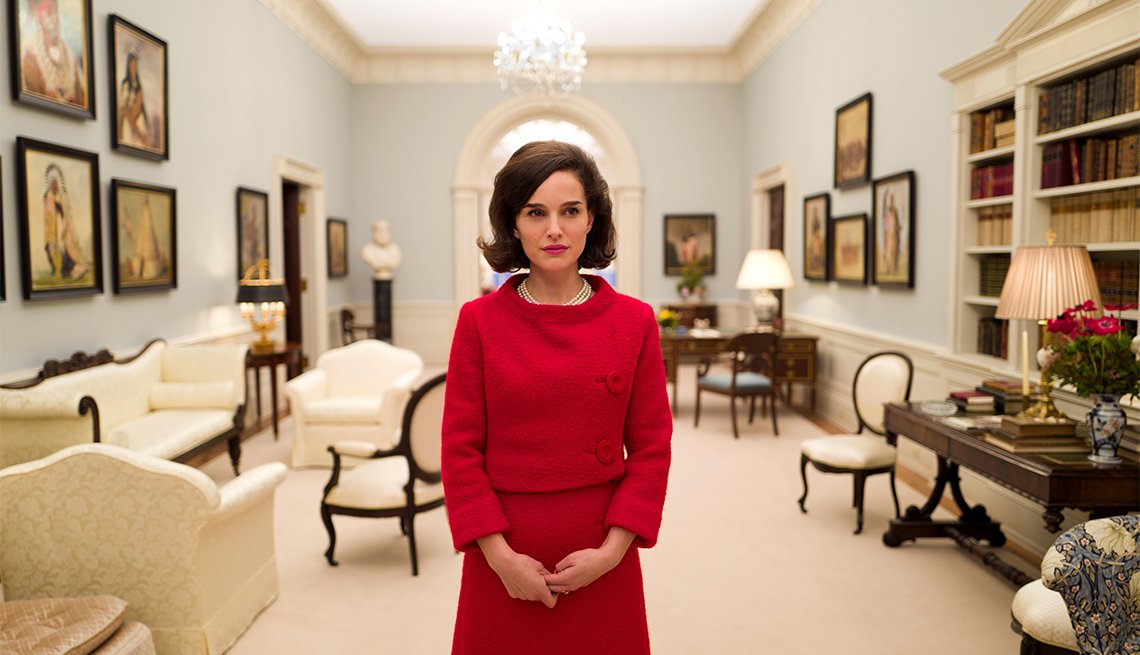 It's possible Jackie offers some therapeutic value to those of us who never got over that dreadful day. Along with Dec. 7 and Sept. 11, Nov. 22 remains burned into the common memory of three generations. They were days when a bullet, a bomb and a Boeing airliner divided history into eras of before and after. Two of those awful days led directly to wars — lancing, in some ways, our national sense of grief and outrage over them. But Kennedy's senseless death, at the hands of a loner, remains a boil of what-ifs and if-onlys that just won't burst. As they focus on the intimate agony of Jackie Kennedy, Larraín and writer Noah Oppenheim help us, perhaps unwittingly, to resolve the tragedy much as a good therapist would — not by answering questions but by helping us relive the emotions we felt at the time.

AARP Members save on ticket 4-packs to great events

Jackie ends with a song, another rendition of Burton's "Camelot." It is the bittersweet reprise from the end of the play, when King Arthur fears that the memory of his dream will be lost in the mist of time. If history has indeed decided to "print the legend" about JFK, Jackie is an artful reminder that legends and facts can entwine to create their own hybrid realities, one brief shining moment at a time.