(Video) Everybody Wants Some!! Movie Trailer: Richard Linklater's depiction of college life in the 1980s is the spiritual companion piece to his version of 1970s high school life in Dazed and Confused.

En español | Those who look back on college as the best years of their life will inhale the vibe and ethos of Everybody Wants Some!! like Brazilian from a bong.

For the rest of us, by contrast, writer-director Richard Linklater's shaggy-dog tale of kids showing up for the first week of university classes in August 1980 can be as tedious as standing in line at the registrar's office.

Linklater is cinema's Rumpelstiltskin, spinning solid-gold masterpieces from screenplays that seemingly amount to little more than people walking around talking. But in Linklater classics such as Before Sunrise and its two sequels, the central characters — memorably played by Ethan Hawke and Julie Delpy — had already experienced real life. Indeed, as the decades wore on and those characters became more world-weary, the films only became richer.

As in its spiritual companion piece, Linklater's 1993 high-school comedy Dazed and Confused, there is no actual storyline in Everybody Wants Some!! Instead we find ourselves in the exclusive and highly irksome company of kids who know nothing but think they know it all. Yes, that defines every one of us at that age, but it also explains why our parents were so elated to pack us off to college.

Jake (Glee alum Blake Jenner) is an arriving freshman at fictional Southeast Texas University, a full-ride scholarship pitcher for the baseball team. Attesting to the school's sterling academic standards, Jake is plunked down in the "baseball house," an unsupervised, off-campus residence whose testosterone-saturated denizens bong, battle and boink their young lives away while spinning records by Pat Benatar and the Knack. The first hour or so of Everybody Wants Some!! is spent wandering the house and nearby neighborhoods watching these guys smack each other around, bed pliant young women and discuss the merits of their male parts even more emphatically than do our current presidential candidates. 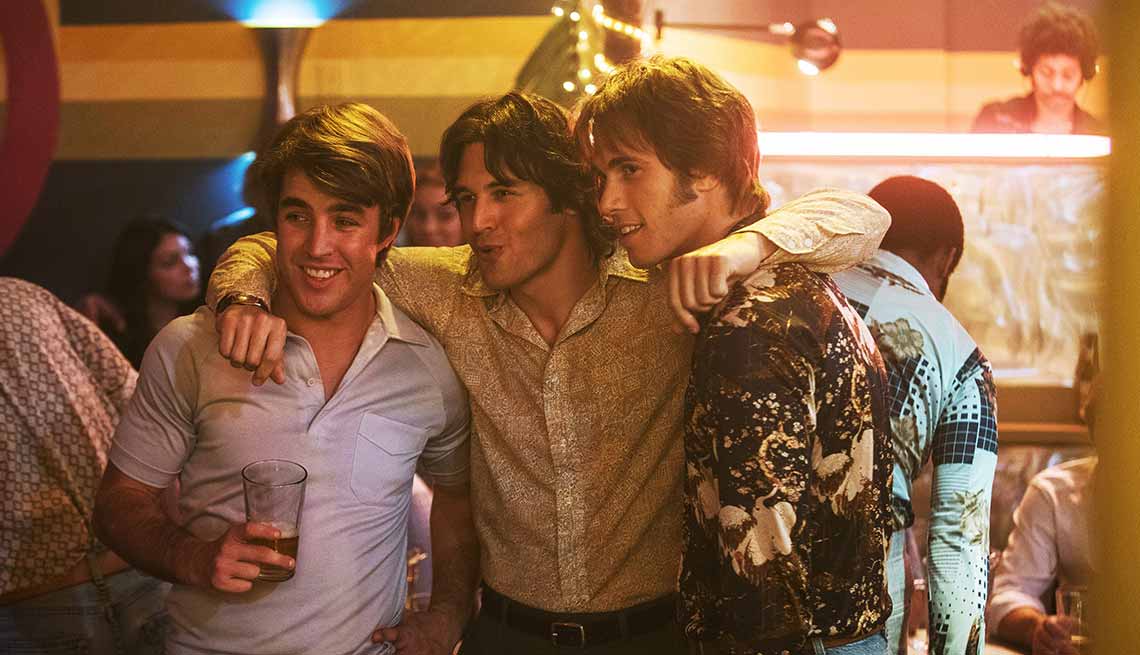 Occasionally, but not often, they also talk about baseball. And, shortly before the film ends, they actually play some. (Sitting there in the dark, I realized why my sole foray into collegiate athletics was the Frisbee team.)

Eventually Jake meets up with a comely liberal arts student (Zoey Deutch), who invites him to a party being thrown by her theater crowd, a group nearly as unnerving as the sports jocks. The gathering is a cross between Fellini and Baz Luhrmann: A gowned young woman stands on the porch roof casting glitter into the air. Students wander the candlelit grounds dressed as characters from Alice in Wonderland. Inside, cross-legged kids pay rapt attention to an impromptu (and dreadful) stage production.

Thus Everybody Wants Some!! reminds you of something Linklater never intended: Aside from your own like-minded friends, could you really stand anybody in college? And if not, why spend nearly two hours in the company of these proto-humans, with no plot in sight?

As a period piece, Everybody Wants Some!! is a glorious time capsule of 1980, right down to the peach-fuzz mustaches and vintage hair dryers. The soundtrack album (also available on cassette tape — yesss!) rewards your attention with classic songs from Blondie, Devo and seminal rap group the Sugarhill Gang.

The music is authentic, but to steal an SAT analogy, the characters are to real students as the chorus line in South Pacific was to real sailors: caricatures created to tell us things we already know about the virtues and deficits of callow youth.