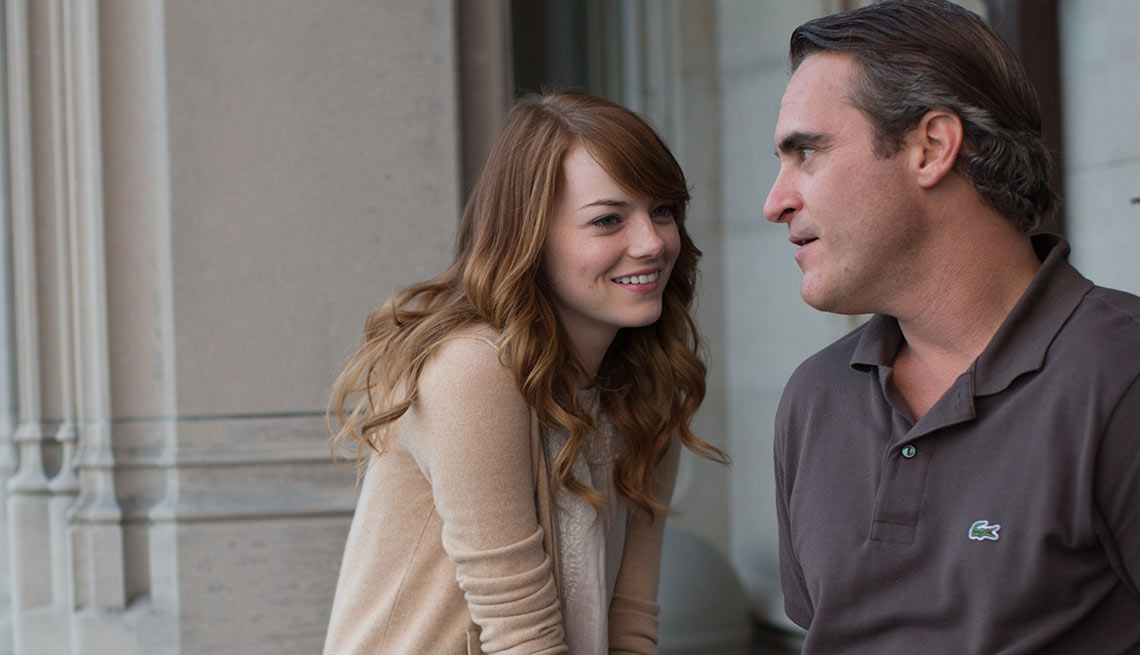 Is anyone else having trouble figuring out Woody Allen? Once upon a time you knew that seeing one of his films — be it a slapstick comedy or an intense drama — was going to be an enlightening and enriching conversation starter, a source of wonder at all the rich ideas he had packed into 90 minutes.

Nowadays, by contrast, who knows what we'll get? Sometimes it's grand, and we marvel as Match Point, Vicky Cristina Barcelona or the searingly beautiful Midnight in Paris unspools. But for every glorious cinematic experience, we're also subjected to such omphaloskeptic dreck as Whatever Works or the throwaway fluff of To Rome With Love. Firmly in that second camp lands the 79-year-old auteur's newest, the criminally dull Irrational Man, which plays out like a pale imitation of his brilliant Crimes and Misdemeanors (1989).

This time Allen's protagonist is Abe Lucas (Joaquin Phoenix), a gone-to-seed philosophy professor who, we learn from his opening voice-over, is "simply bored by the meaninglessness of existence." We might see him as a suicidally depressed middle-aged drunk, but Lucas elicits a sexual frisson in two very different women when he arrives at a small-town Rhode Island college to teach summer school.

As in so much of Allen's work, these beautiful, accomplished women grow inexplicably enraptured by a schlubby man. This time out — Irrational Man is Allen's 45th feature film — Parker Posey plays a married science professor whose midlife crisis and desperate need for love somehow make the prof's ennui irresistibly alluring. Emma Stone plays one of his students, who develops a mad, hero-worshiping crush on him. (We are made privy to her internal monologue as the drama plods along.)

There's no accounting for taste when it comes to love — I get that. But Allen has been peddling this conceit since Manhattan, and it's really wearing thin.

As Irrational Man pedantically plays out — replete with abstruse classroom discussions of Kant, Kierkegaard and Sartre — Professor Lucas finds a new lease on life that has nothing to do with the beauties vying for his attention. You'd have to go back to Hitchcock's Strangers on a Train for a similar plot point, but all it takes to lift the academic's mantle of depression is a random act of violence committed in the name of morality.

Energized by his actions, Lucas consummates both relationships. Yet even these bedroom scenes evoke not the slightest thrill. Everyone involved is merely going through the motions here: The normally fascinating Emma Stone struggles to make us believe she has an iota of chemistry with this blowhard, and Joaquin Phoenix — dragging his potbelly around like an anchor pulling him to the ground — appears to sleepwalk through the entire film.

As the action at long last reaches its messy and utterly predictable climax, Allen does his valiant best to rise above the moribund, derivative slog he has created. Irrational Man — aha, finally we understand the title! — even resorts to a Screenwriting 101 trick by using voice-overs to reveal the characters' thoughts and motivations as the movie concludes. By that point, sadly, we've decided to drop the class.

Jenny Peters is a freelance journalist, editor and party columnist in Los Angeles.