A glorious surprise, Danny Collins takes the tired old rock-star-reassesses-his-life-in-search-of-salvation trope and invigorates it with a smart, funny script, engaging characters and a cast that joyfully buys into the movie's happy premise that life is too short to dwell on mistakes of the past.

As for its star, Al Pacino, this is the Oscar winner's most rewarding role in a decade. 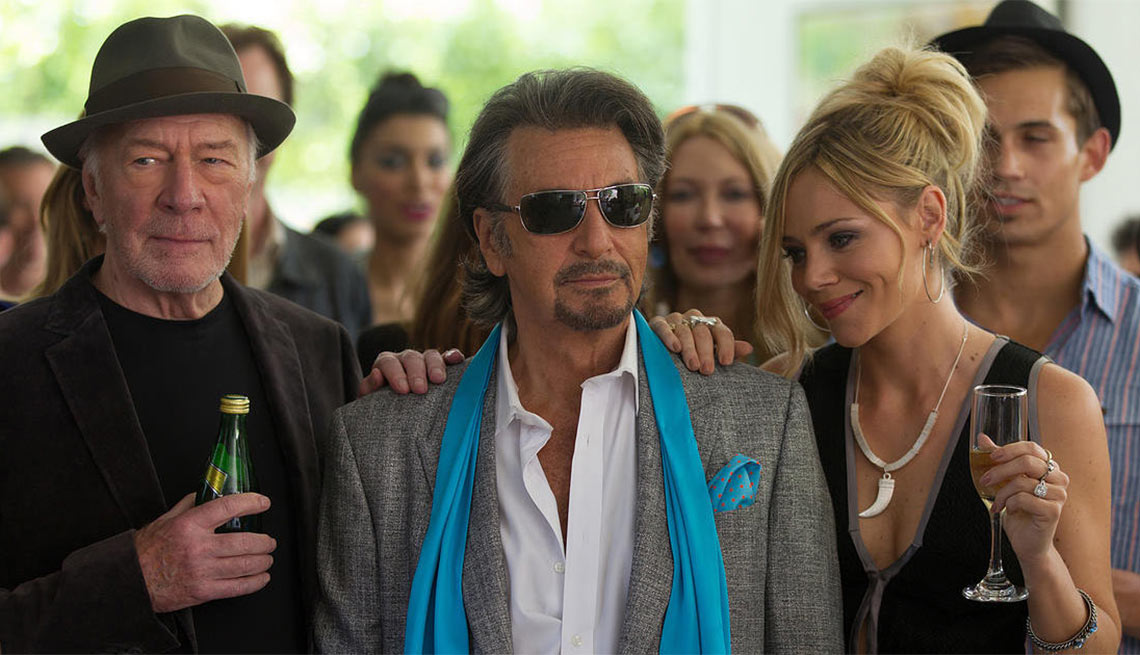 Pacino plays the title character, a legendary musician whose greatest hits predate the Reagan era but whose catalog is so enduring that he still sells out arenas coast to coast. A hybrid of Neil Diamond, Barry Manilow and Steven Tyler, Danny Collins braces himself for each gig with a shot of bourbon, a snort of cocaine and a tug on his girdle, then bursts on stage to deliver a crowd-pleasing rendition of his classic song, "Baby Doll." I suppose a real musician would be able to describe the ditty; my best attempt is that it sounds something like "Sweet Caroline" played with the sheet music upside down.

It looks and feels like success, but Danny has a nagging sense of aimlessness — a feeling reinforced when his agent (a laughing, twinkly-eyed Christopher Plummer) brings him a startling birthday present: a personal letter from none other than John Lennon. Turns out that way back in 1973, when Danny was just starting out, John and Yoko had written him an encouraging note, inviting him to call them for a friendly chat. Tragically, Danny never received their letter: It was intercepted by an unscrupulous magazine editor who then sold it to a collector — who, in turn, sold it to Danny's agent 30 years on.

The note says, in effect, "Stay true to your musical vision. Only you can ruin your success." These are precisely the words that Danny, a former folk-rock idealist, does not want to hear: Every time he sings "Baby Doll," he secretly wants to rip his tongue out.

Seized by the biggest midlife crisis ever to roil pop culture, Danny cancels the rest of his current tour and heads to New Jersey with two things in mind: to get back to composing songs that mean something and to connect with Tom (Bobby Cannavale), the grown son he has never met.

Danny checks into a suburban hotel and immediately starts hitting on its impossibly charming manager, Mary Sinclair (a delightful Annette Bening). She doesn't buy into his charms — which, of course, makes her only more alluring to Danny. We wind up pulling for them, too, because Mary would represent the closest thing to an age-appropriate romance that Danny's had in decades.

After arranging to have a grand piano rolled into his hotel room, Danny goes knocking on Tom's door. He's not home, but his wife (Jennifer Garner) is, along with the couple's young daughter (adorable Giselle Eisenberg), who senses this mysterious visitor is something more than a random apparition.

The father-son reunion proves rockier than a Stones concert, of course, and the two consume most of the film striving for equilibrium. And this is where writer-director Dan Fogelman and his stars get Danny Collins precisely — nay, miraculously — right: The pair's long, twisty road to reconciliation proceeds at exactly the right pace. Not one moment rings false as the two spar, clinch, separate and dance gingerly around each other.

The final scene, culminating in one of the sweetest moments you may experience at the movies, will have men streaming from theaters to call their dads at a rate not seen since Kevin Costner played catch in Field of Dreams.