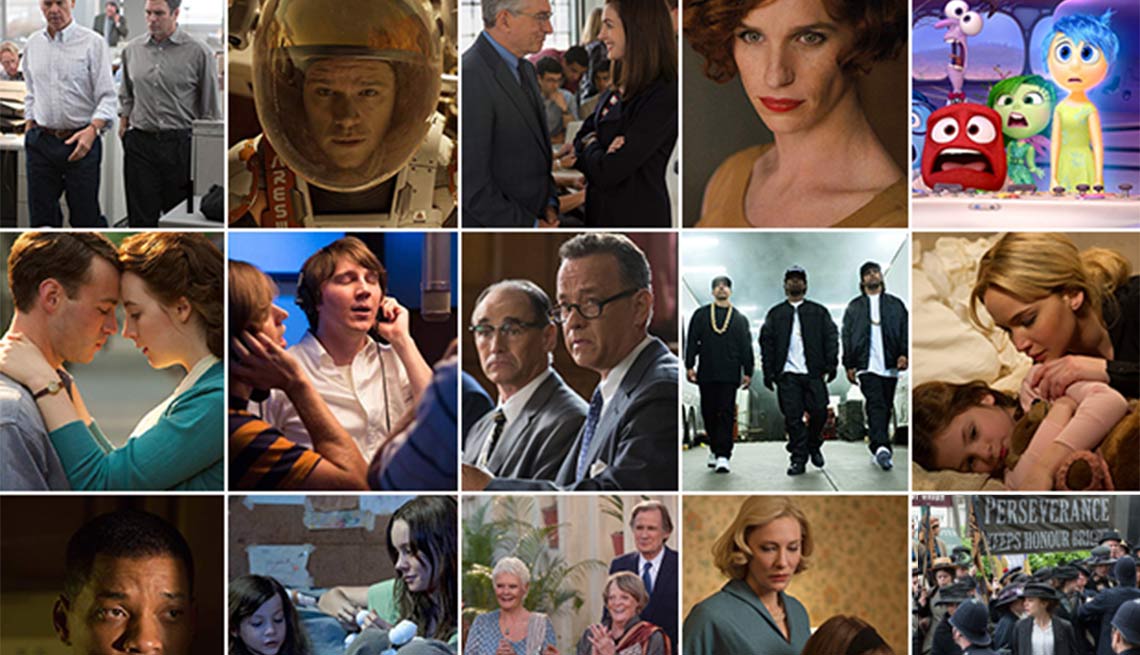 To submit your vote, choose one of the movies then click on Answer.

Bridge of Spies (read our review)
You may want to “duck and cover” all over again in this chilling Cold War drama from Steven Spielberg. As a lawyer who must persuade the Soviets to release U-2 pilot Francis Gary Powers, Tom Hanks is an everyman agent intent on stopping the world from incinerating itself.

Carol
It started as a Patricia Highsmith novel, so expect buried secrets galore in this lushly atmospheric tale of a married woman (Cate Blanchett) leading a closeted life in New York City in the 1950s. She falls hard for a shopgirl (Rooney Mara) who’s seeking to better her station.

Concussion
Pathologist Bennet Omalu (Will Smith) never meant to become a crusader, yet he found himself a lightning rod when he proved brain damage can occur in NFL players who get hit repeatedly. Smith plays the good doc with cool detachment, his life turned inside out by doing the right thing.

The Danish Girl
This timely corrective reminds us boomers didn’t invent transgender identity. Set in the 1920s-30s, it tells the compelling true story of Lili Elbe (Eddie Redmayne), a man who had surgery to become a woman. It’s a poignant account of love enduring under extreme circumstances.

Inside Out  (read our review)
Pixar does it again, this time portraying the emotions of a tween girl as characters such as Joy (Amy Poehler) and Anger (Lewis Black), who guide her through the trials of growing up. Hilarious and heartbreaking, the movie teaches us to treasure the full range of our emotions.

The Intern (read our review)
What could hatch more dumb ageist jokes than a comedy about a bored retiree (Robert De Niro) who’s interning for a young Internet exec (Anne Hathaway)? Thank you, director Nancy Meyers, for not letting that happen. Everyone learns — hilariously — from everyone else.

Love & Mercy (read our review)
The music alone would land this bio of Beach Boy Brian Wilson on any grownup-movie list. Director Bill Pohlad uses different actors (Paul Dano, John Cusack) to play the young and older Wilson, whose lifelong battle with mental illness yields a narrative as tough to watch as it is glorious to hear.

The Martian (read our review)
Marooned on Mars, an astronaut (Matt Damon) must use his wits to stay alive until NASA can come to his rescue. It’s the ultimate survival story, but director Ridley Scott never resorts to cheap thrills — or easy villains. See it if you like your heroes endowed with ingenuity and stubborn good nature.

Room (read our review)
Emma Donoghue’s best-selling novel about the bond between a mother and her 5-year-old child — the latter kept captive his entire life — has become a perennial book-club favorite. It comes to life on-screen through riveting work by Brie Larson, Joan Allen and William H. Macy.

The Second Best Exotic Marigold Hotel (read our review)
Only the originators of a franchise that has made it cool for grownups to “go to the pictures” again would have the cheek to name a sequel “second best.” But with Maggie Smith, Judi Dench and Richard Gere on board, this is a first-rate look at life’s possibilities at any age.

Suffragette
Meryl Streep and Helena Bonham Carter give inspiring performances in a historical film based on the women’s rights movement in Britain during the early 1910s. Frozen out of power, the women turn to violence — and Streep lands on a most-wanted poster. 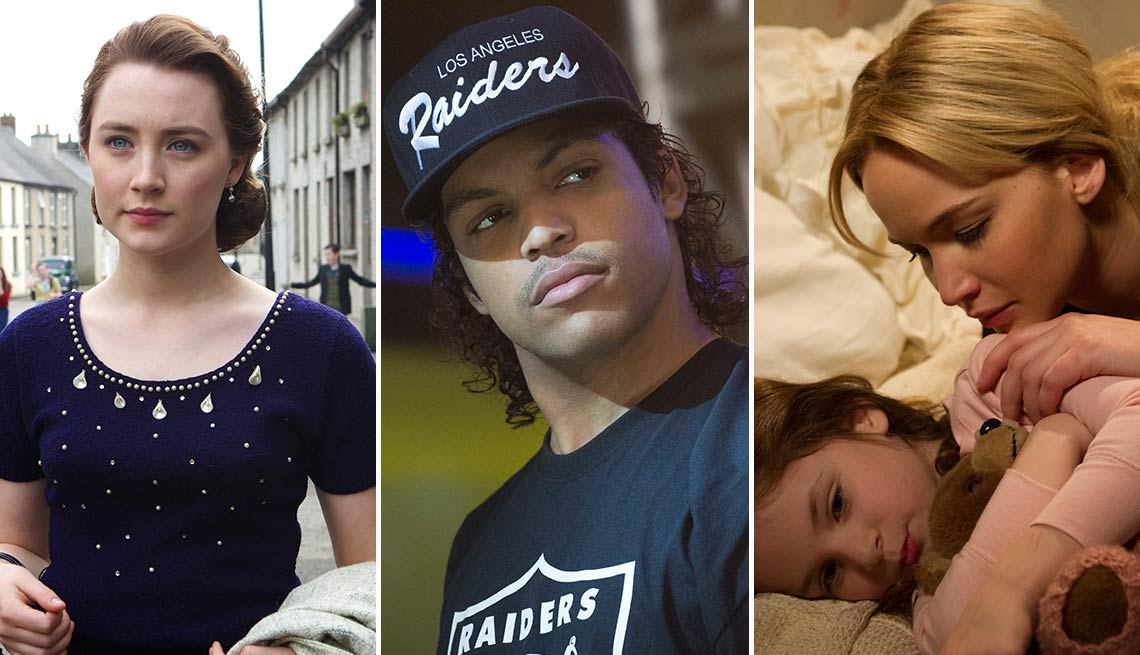