If you've been contemplating your own family's dysfunction of late, do yourself a favor: Drop in on the Altmans, the clan at the center of This Is Where I Leave You. It's an often funny, sometimes touching but ultimately convoluted new comedy based on the best-selling novel by Jonathan Tropper.

There's Judd (Jason Bateman), who comes home early to surprise his wife on her birthday, only to find her in flagrante delicto with his boss. 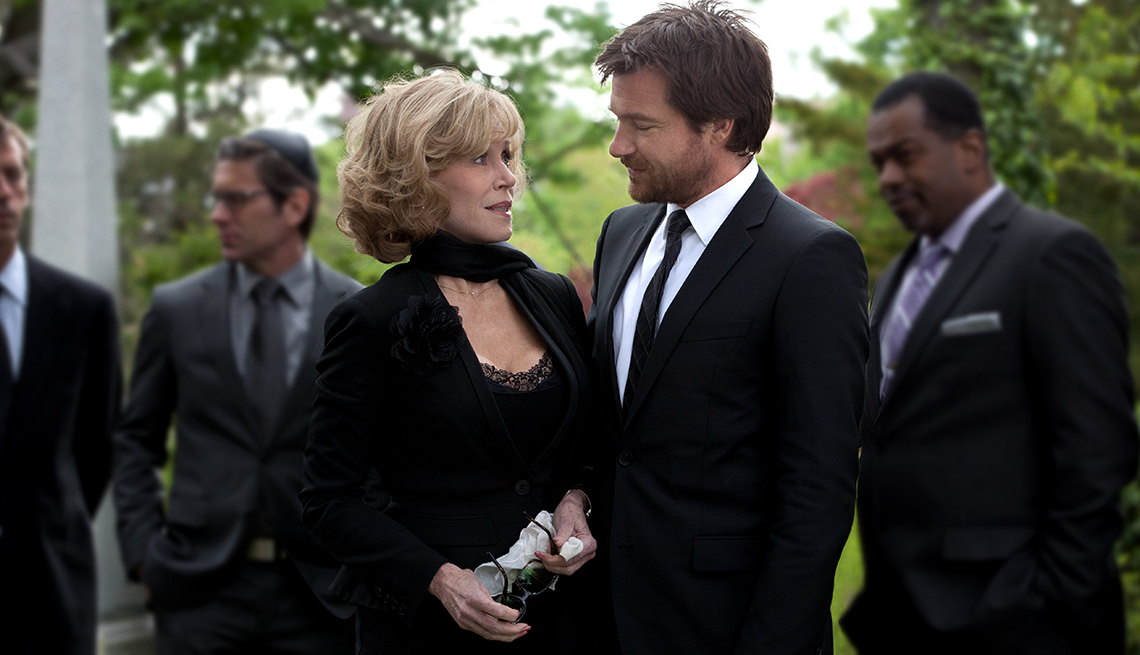 Jane Fonda and Jason Bateman are mother and son in the dysfunctional-family comedy, "This Is Where I Leave You."

There's his sister, Wendy (Tina Fey), mother of two, who has never gotten over her first love (Timothy Olyphant) even though she dumped him like a bad habit after they were in a car crash that left him brain-damaged. Judd and Wendy's older brother, Paul (Corey Stoll), is miserably childless with his wife, Alice (Kathryn Hahn), who used to date Judd. (With me so far?) Their younger brother, Phillip (Adam Driver), is a defiant man-child now living with his middle-age psychologist (Connie Britton). And none of the three brothers particularly cares for the others, though they all seem fond of their sister. 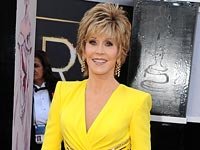 How Jane Fonda looks so good at 76

Jane Fonda: In her "third act" and loving it

Presiding over them all is their mother, the noted author and psychologist Hillary Altman (Jane Fonda), whose long-ago best-selling child-rearing book revealed all of her children's most intimate and embarrassing secrets. (Speaking of which, Hillary is fond of displaying her recent mammoth boob job.)

Oddly enough, none of the above revelations qualifies as a spoiler, because we learn nearly all of this in the film's first 15 minutes. From there on, matters get only more complicated.

The family's patriarch, Hillary's husband, has died. Never mind that he was an atheist — Hillary has declared that the entire family must sit shivah, according to Jewish custom, for seven days under the same roof. And so we languish for a week with these five scorpions in a shoebox, watching them sting each other without ever landing a fatal blow, no doubt because they've grown immune to one another's venom. The only real tension here is whether they'll reach some sort of equilibrium by the final frame.

When This Is Where I Leave You works, you can thank the gifted cast. Jane Fonda, who has enjoyed a career renaissance on TV's The Newsroom, radiates quirky authority as the mother who caused her children's maladjustments but is the only one who can cure them.

It's neither pandering nor exaggerating to say that among the half-dozen or so beautiful women in this film, the 76-year-old Fonda is the sexiest (and it has nothing to do with her character's recent enhancements).

Writing the screenplay from his own hysterical novel of the same name, Tropper has softened some of the story's raunchier edges. Bateman's ever-mellow Judd, for example, has a decidedly less injurious reaction to his wife's infidelity than does his paperback counterpart. Still, cramming a film with all these disparate characters — think infinite threads of conflict and intimacy — seems suffocatingly contrived on screen in a way it never did in print.

To his credit, director Shawn Levy injects occasional interludes of quiet conversation in a bid to give us some breathing room: The scenes of Bateman and Fey confiding in each other on the roof outside the windows of their childhood bedrooms feel more genuine than the rest of the movie, even if the setting itself seems artificial.

Still, all too often during This Is Where I Leave You, the desire of the audience dovetails with that of the characters: We really just want to get the hell out of this house.