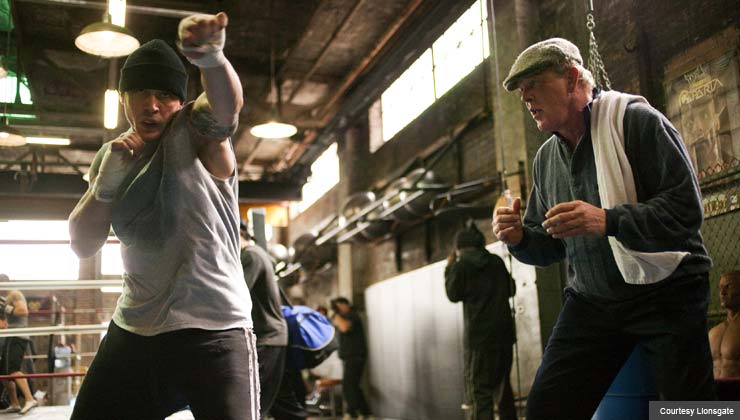 En español  |  First came The Wrestler, which revived Mickey Rourke’s career. Then The Fighter granted Christian Bale a Best Supporting Actor Oscar. When Warrior began screening earlier this year, I couldn’t imagine that a team of filmmakers and actors could squeeze much remaining juice from the aging-fighter movie genre — at least not enough to move audiences.

Boy, was I wrong. Warrior offers up a powerful story and awe-inspiring performances from a trio of actors playing complex, well-developed characters. It also, thankfully, offers up no clear winner or loser, but rather a nuanced portrait of a shattered family grasping a sliver of hope of somehow mending itself.

Paddy Conlon, a recovering alcoholic and former boxer, has caused his now-deceased wife and two sons unspeakable pain. We never learn the specifics of his misdeeds, though we understand the depth of the hurt from the moment we meet this all-but-defeated patriarch, portrayed by Nick Nolte in the role of his lifetime. Nolte conveys his character’s emptiness — bereft but still seeking — with such gentle humility that you won’t be able to take your eyes off him. His younger prodigal son, Tommy (Tom Hardy), has returned from the Iraq war and wants Paddy to train him for an upcoming mixed martial arts tournament, with a top purse of $5 million. (At some point you ask yourself, is Tommy going for the gold, or is he in pursuit of some kind of self-destruction?) Older son Brendan (Joel Edgerton), a high school physics teacher and father of two adorable little girls, has returned to the mixed martial arts circuit on the side in an attempt to earn enough cash to keep the bank from foreclosing on his house. Both his wife (played by the very beautiful Jennifer Morrison) and his principal (the charming Kevin Dunn) fail to keep Brendan from going back to the life he once pledged to leave behind, and he ends up on an inexorable path to battling his brother.

Writer and director Gavin O’Connor, whose credits include Pride and Glory and Miracle, triumphs in creating an unpredictable but extraordinarily realistic storyline and gritty, believable dialog from his players. Nolte draws on his own tumultuous life experiences, including problems with addiction, for his role. Tom Hardy (Inception) conveys his troubled soul with an animal-like ferocity, and I’ll bet we’ll be seeing a lot more of him in the years to come. So, too, with Edgerton (Star Wars II and III), who takes on this sad and sorry character in such a quiet but indelible style that it will take your breath away.

While some critics have compared Warrior to the original Rocky, citing the film’s ability to make you want to cheer, I would argue that this is a much more thought-provoking examination of relationships and, in some ways, a rejection of the notion of winning and losing. In virtually every scene, we realize that nothing is black and white, and that to be human is to be fallible. Yes, Warrior builds to a climax that will have you holding on to your seat, but you’ll leave the theater turning over the layers of what you’ve witnessed for days to come.