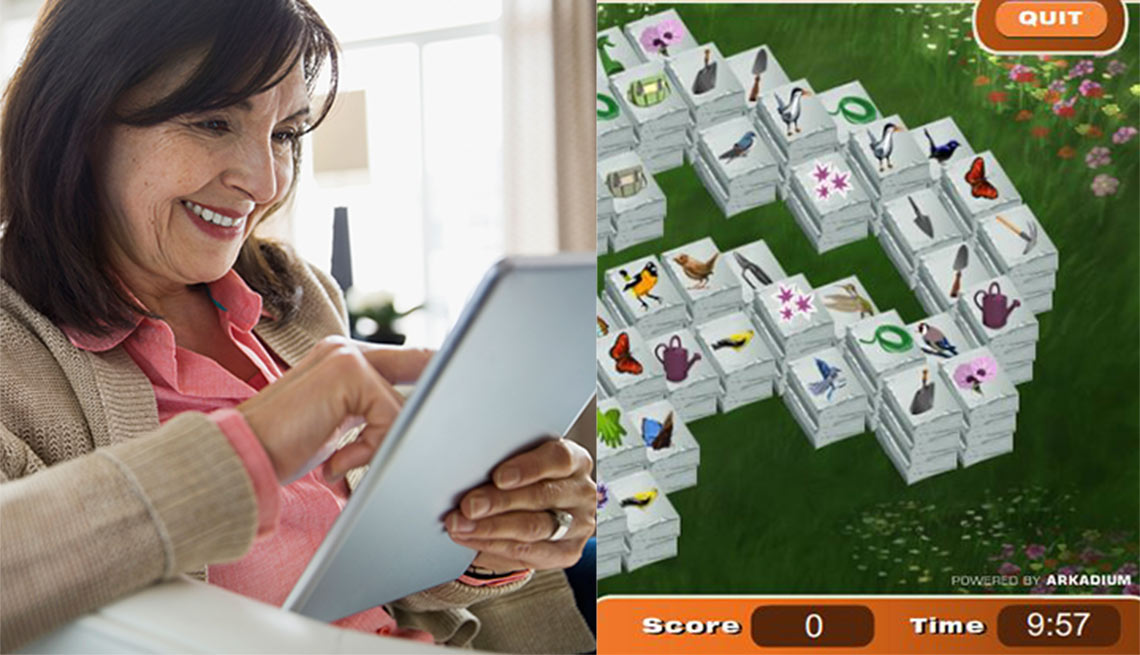 Online Mahjongg is one of the most popular games on the web.

Many still think of Mahjongg as a game played by groups of old ladies who share gossip as they slam their tiles onto the table. It’s true that Mahjongg was popular in the 1920s and again in the 1960s when American women threw Mahjongg parties, decorating their homes with paper lanterns, dressing up in Chinese-style clothing and maybe even serving a Chinese dinner. But, eventually, Mahjongg fell out of favor.

Mahjongg is commonly played with four players and a set of 144 tiles marked with Chinese characters and symbols for circles, bamboo, wind, flowers, seasons and dragons. Each player starts by receiving 13 tiles. Players then draw and discard tiles until they complete a hand using a 14th drawn tile and then form groups of matching or sequential tiles called melds. Some say Mahjongg is a lot like rummy, requiring skill, strategy and a little bit of luck.

Fortunately, online Mahjongg isn’t quite so complicated — no drawing tiles and no melds. Different online Mahjongg games present the tiles in different arrangements, and the object is to click on as many matching pairs as you can before the clock runs out. Some online games use traditional images on the Mahjongg tiles, while others use specially themed tiles (Mahjongg Toy Chest uses pictures of toys on its tiles; MahJongg: Age of Alchemy uses symbols from the writings of ancient alchemists).

Mahjongg is enjoying a tremendous resurgence, mostly thanks to online versions. It’s served as an introduction to new generations of players who might decide to purchase a physical set and try it out with friends. It’s estimated that over 700 million play worldwide — even hipsters in their 20s and 30s are playing mah-jongg in bars along with Operation, Monopoly and other beloved games of their childhood. Faye Scher, who sells mahjongg games and gifts, told the Wall Street Journal: “It has become the cool game — there is a total buzz about it.” Perhaps nostalgia is driving this resurgence among younger people — many are inheriting their grandmothers’ mahjongg sets, and playing the game is a good way to keep memories alive while also having a great time. Older people are still playing, too — Peggy Vargas, the organizer of Mah Jongg Fever, a Seattle group of players, told the Seattle Globalist, “Learning these complicated tiles and learning a new game makes your brain work and helps create new connections in your brain.”