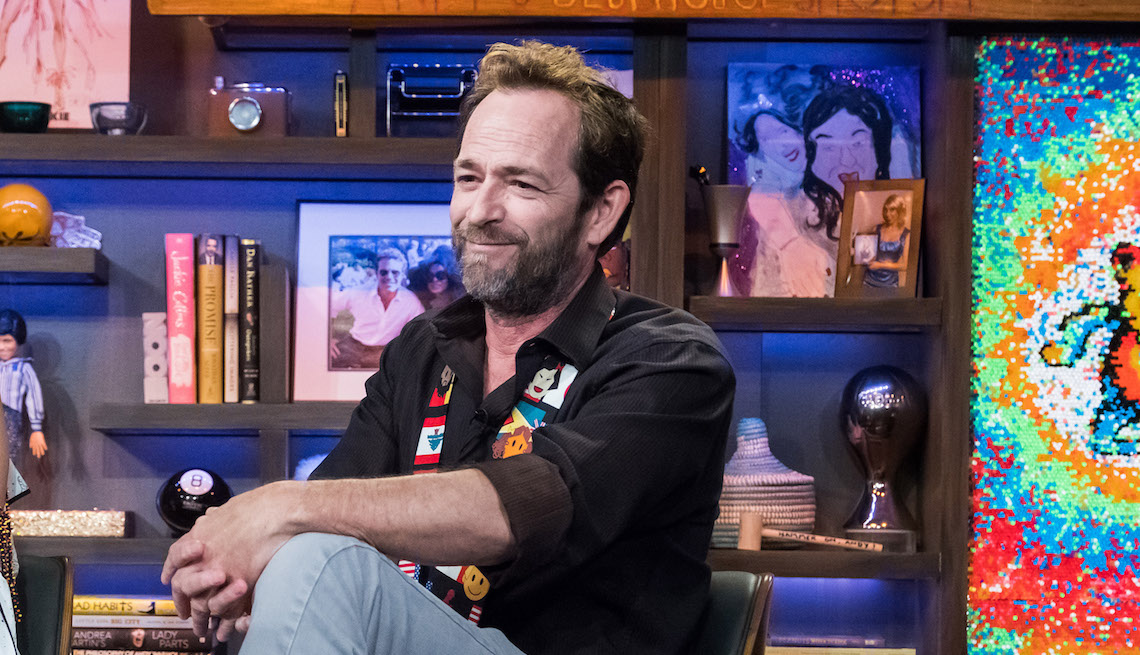 Hollywood was shaken on Monday by news of actor Luke Perry’s death, five days after he was hospitalized for what was reported as a massive stroke that occurred at his Los Angeles home. Perry was only 52, and kept forever young in the minds of fans who knew him best in his iconic 1990s role as Dylan McKay, the Beverly Hills, 90210 bad-boy heartthrob.

New fans may know him as Fred Andrews, Archie’s dad on the CW series Riverdale, recently renewed for a fourth season.

“My heart is broken. I will miss you so much Luke Perry,” wrote actress Molly Ringwald, his Riverdale castmate, on Twitter. Perry’s 90210 costar Ian Ziering also posted on social media: “Dearest Luke, I will forever bask in the loving memories we've shared over the last thirty years. May your journey forward be enriched by the magnificent souls who have passed before you, just like you have done here, for those you leave behind.” These were just two of the countless notes of condolence from friends and fans around the world.

Perry’s representative released a statement announcing his passing: “He was surrounded by his children Jack and Sophie, fiancé Wendy Madison Bauer, ex-wife Minnie Sharp, mother Ann Bennett, step-father Steve Bennett, brother Tom Perry, sister Amy Coder, and other close family and friends. The family appreciates the outpouring of support and prayers that have been extended to Luke from around the world, and respectfully request privacy in this time of great mourning. No further details will be released at this time.”

After five career-making seasons on 90210, in 1995 the young actor from Ohio left the show and took on roles in movies such as the 1996 crime drama Normal Life with Ashley Judd, before returning to the show for two more seasons. Riverdale was one of his most prominent acting jobs since that iconic hit show. News of a 6-episode reboot of 90210 was announced on Feb. 27,  but Perry’s name was not among those returning for the show.

His final performance will be in Quentin Tarantino’s much-anticipated film Once Upon a Time in Hollywood (July 26), said to be a Pulp Fiction-like set of interlocking stories about the 1969 Manson murders, also starring Brad Pitt and Leonardo DiCaprio.