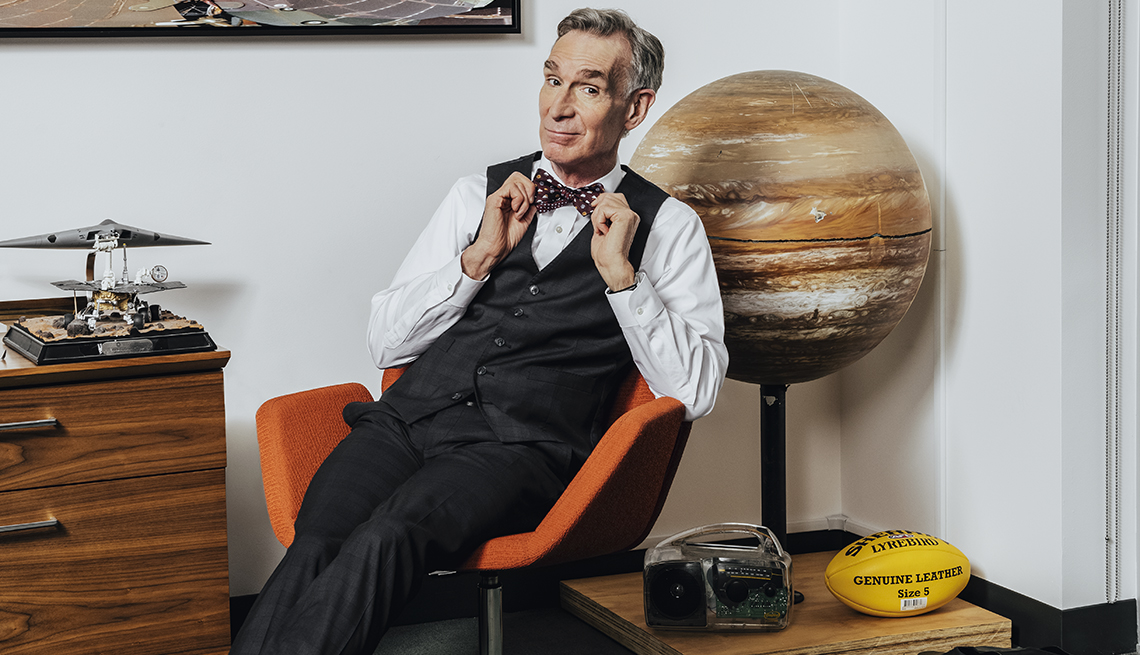 It was a tradition at my high school for boys to be waiters at the girls’ athletic banquet. I said to my colleagues, “If we’re going to be waiters, let’s dress like waiters.”

A Few of My Faves 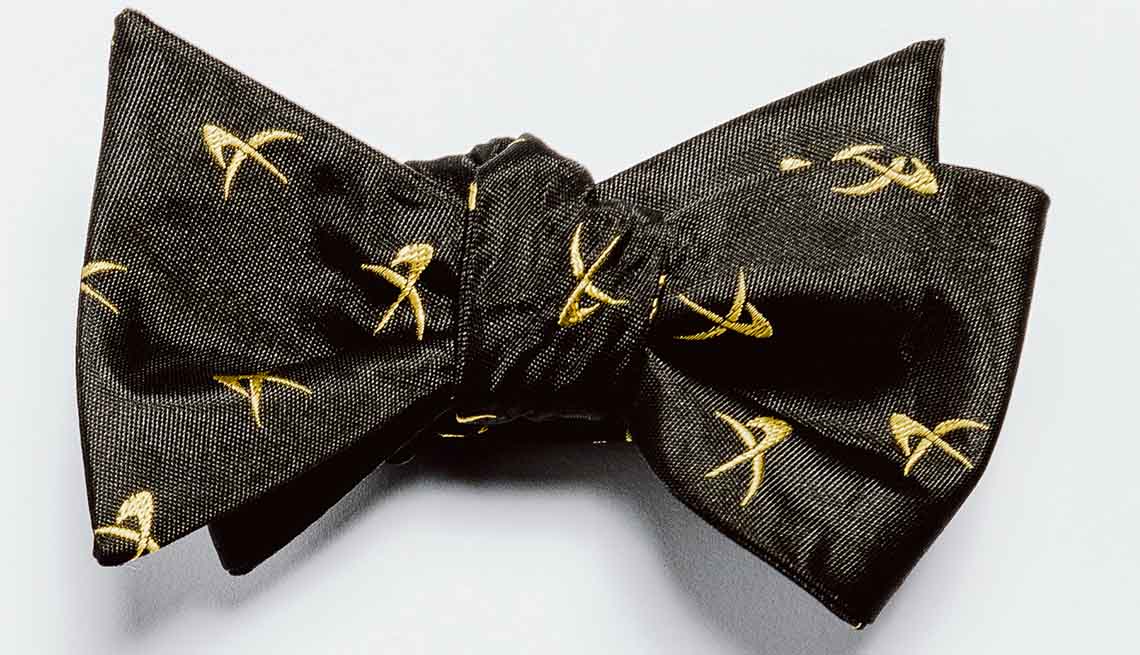 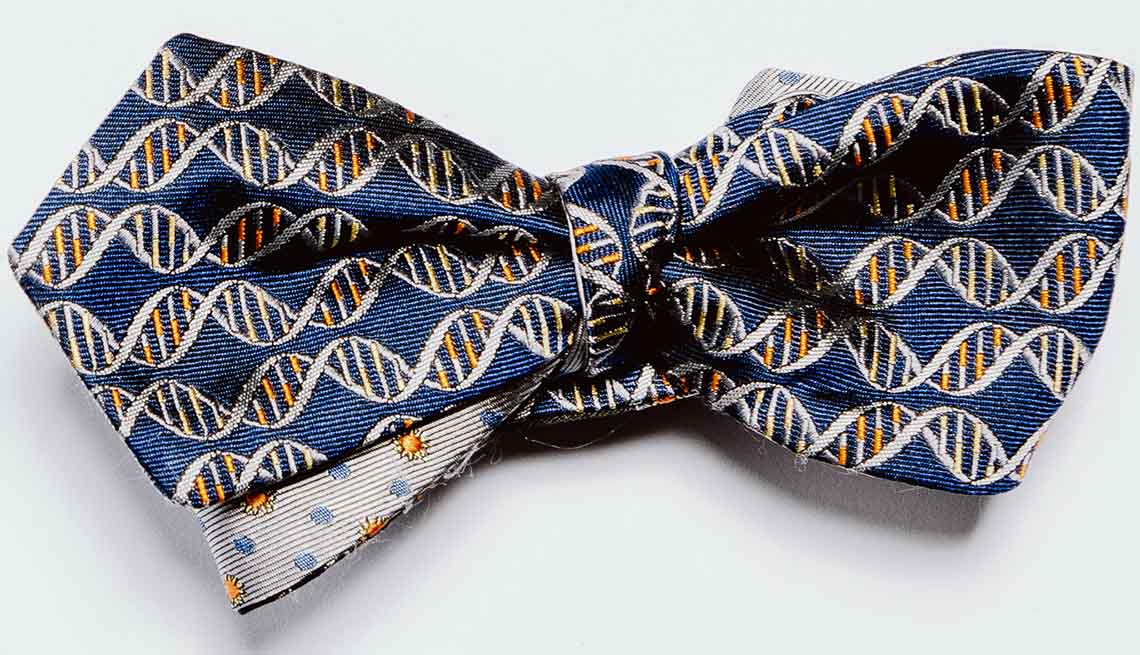 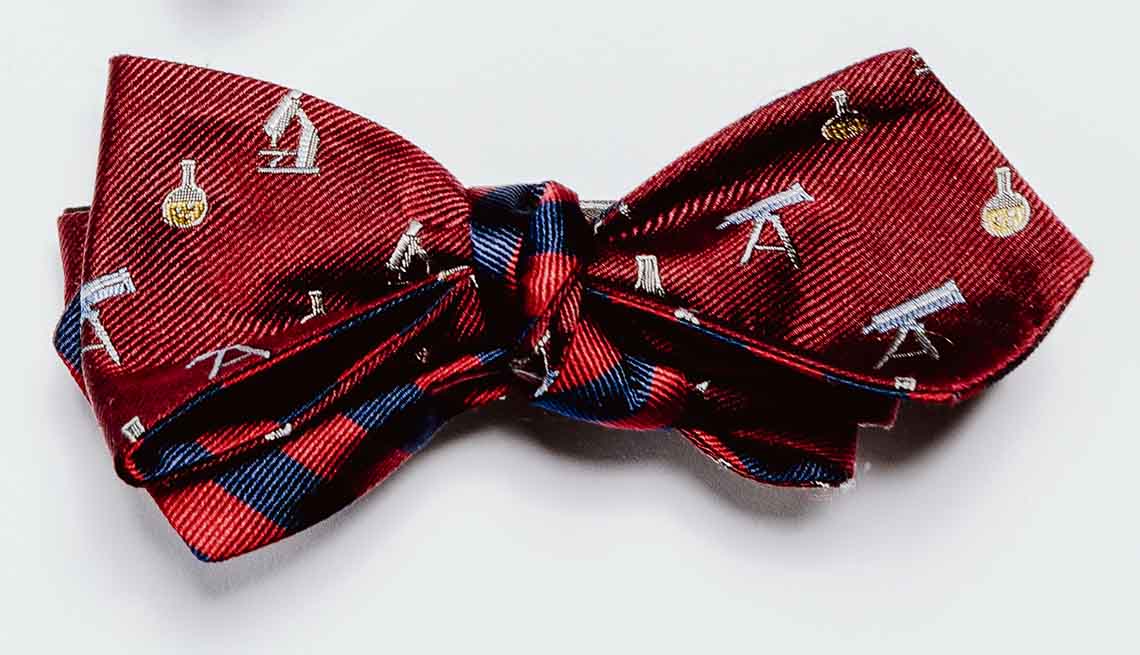 Microscopes and telescopes — the instruments of  discovery 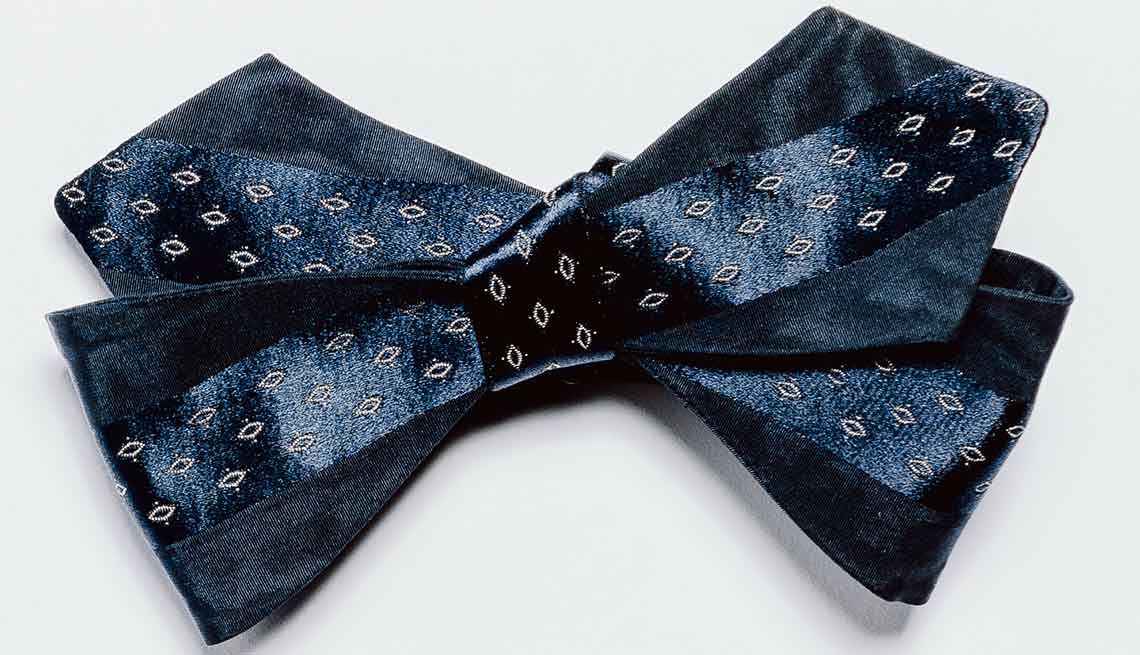 Soie tie my grandmother brought back to the U.S. from France

My dad showed me how to tie a bow tie, and I showed my friends in the washroom before the event. I dreamed a girl I liked would talk to me if I brought her dessert. Bow ties have a fantastic advantage over straight ties for a server. A bow tie does not slip into the soup.

When I started doing stand-up, I experimented with wearing a bow tie to set myself apart. Then I realized, when conducting science demonstrations onstage, that bow ties are more practical than straight ties because they don’t get caught in the Bunsen burner. So the bow tie became my thing.

My father was an advertising salesman who believed that being well dressed showed respect for his clients. He wore a well-ironed shirt and a straight tie every day, and he took great pride in his shoes. They were more expensive than people from my background would normally wear, but he would get them resoled. He would polish them himself — I still love the smell of shoe polish. My aunt, his sister, always described him as “crisp.” Wearing a bow tie has a crispness. Occasionally you untie your bow tie and let it dangle around your neck, but most of the time you’re buttoned up.

I have about 500 bow ties, because people give them to me. They’re categorized by color and season: summertime yellows and greens; wintertime browns and blacks.

My favorite is a blue one that my French grandmother brought back to the U.S. after a visit with her family. This tie is so beautiful. It’s two fabrics. The first is the shape of the tie; the second is a stripe through the middle. It’s made of the most wonderful silk — soie. I’ve had tailors replicate the style, but none is as nice as this one. It’s just magically smooth. I wear it whenever I’m invited to an important academic event. My grandfather taught organic chemistry at Johns Hopkins, and my mother had a doctorate in education. I think the reason I’ve done OK in life is because I come from this tradition of academic achievement. So it’s a special tie, and I hope to never retire it. But I am careful with it. I don’t leave it out in the sun.

“Science Guy” Bill Nye, 63, is an educator, author, TV personality and CEO of the Planetary Society.