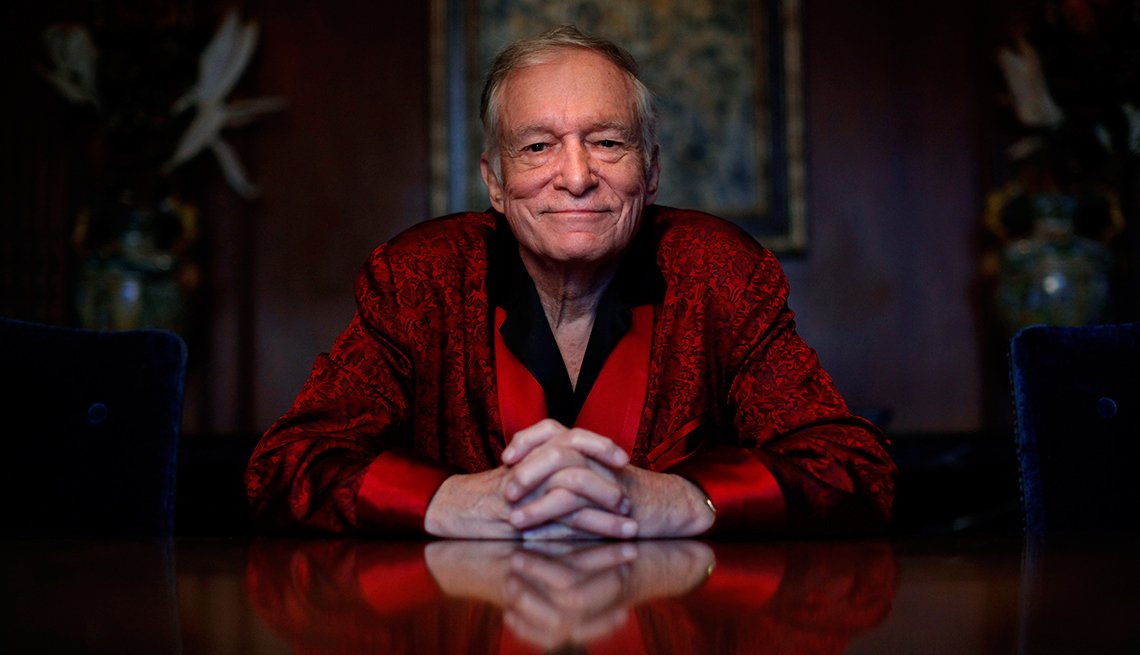 It’s the end of an era. Hugh Hefner, the man who unleashed a cultural and sexual revolution more than six decades ago, is dead at 91.

Fittingly, the man everyone called “Hef” died at the home he bought in 1971 — the Playboy Mansion in Holmby Hills, Calif. — where he had entertained celebrities of all sorts over the decades, among them legendary comedians such as Jerry Lewis, rock 'n' roll icons such as Elvis Presley and John Lennon (who allegedly put out a cigarette on one of Hefner’s original Matisse paintings), and leading men such as Warren Beatty and Jack Nicholson.

Among the many paying tribute to the Playboy founder were those with whom he had close connections: former supermodel Cindy Crawford, who appeared nude in the magazine in 1988; legendary TV producer Norman Lear, who tweeted, “We’ve lost a true explorer”; actress Pamela Anderson, a former Playmate who wrote that thanks to Hefner, the world is a “freer and sexier place”; and actor Rob Lowe, who reminisced about their “great conversations."

Hefner’s work and identity were so intertwined and wrapped up in sex and the promotion of the "Playboy philosophy,” it is difficult to think of him in any way but as a silk-pajama-wearing smooth talker who bedded women half his age.

Yet he was also an advocate for progressive causes (Jesse Jackson’s tribute noted him as a strong supporter of civil rights) and a savvy mogul who grew his top-selling men’s magazine into Playboy Enterprises, a media giant and one of the most recognized brands in the world. 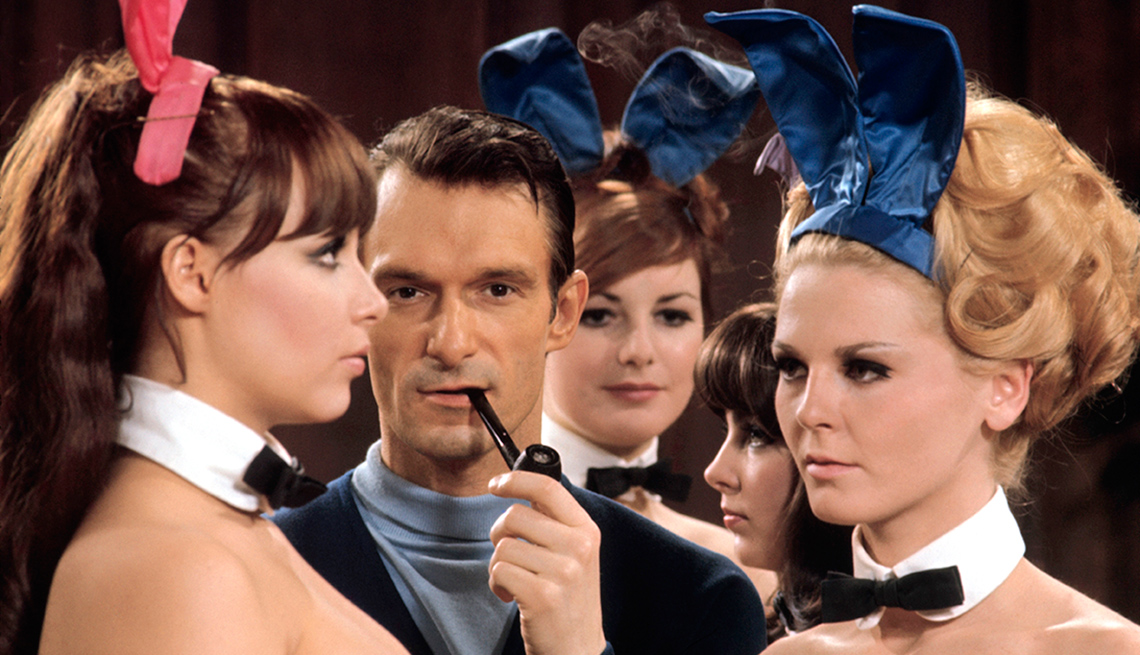 Known as a ladies' man, "Playboy" magazine creator Hugh Hefner always seemed to have young and attractive women around him.

The joke about the magazine, which featured nude centerfolds and had a circulation of 7 million at its peak, was that men read it “for the articles.” In fact, Hefner published provocative interviews with such newsmakers as Malcolm X and President Jimmy Carter (who admitted he had committed adultery “in my heart” many times) and showcased the work of important writers such as Norman Mailer, Ray Bradbury and Jack Kerouac.

When Hefner wed for a second time in 1989 — to that year's Playmate of the Year Kimberley Conrad — some thought his aging playboy persona might be retired. But even as a happily (mostly) married man — they were wed until 2010 but separated after nine years — and the father of two young sons with Conrad, he still managed to embody the brand. Son Cooper, now 26, is chief creative officer of Playboy Enterprises. Hefner’s daughter, Christie Hefner, 64, from his first marriage, is the former CEO of the company; she stepped down in 2008.

Hefner was married at the time of his death to Crystal Harris, 31, the December 2009 Playmate of the Month, his wife since 2012.

He is to be interred in a crypt next to actress Marilyn Monroe, who was on the cover of the first issue of Playboy in 1953, at Westwood Village Memorial Park Cemetery in Los Angeles.