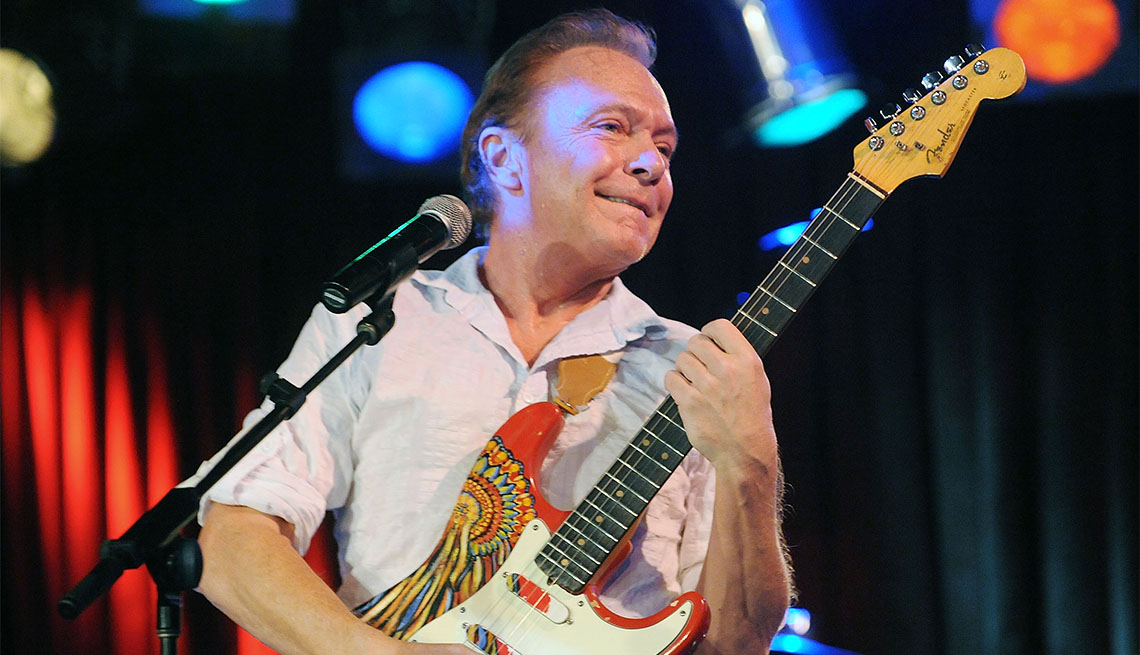 David Cassidy, who became a teen idol by playing one on TV, died Tuesday at 67 after suffering liver and kidney failure, his publicist Jo-Ann Geffen confirmed.

The star of the ’70s TV show The Partridge Family had been hospitalized recently and for a time was in a medically induced coma. Geffen told CNN that Cassidy died surrounded by family and friends in his hospital room in Fort Lauderdale, Fla.

“On behalf of the entire Cassidy family, it is with great sadness that we announce the passing of our father, our uncle, and our dear brother, David Cassidy,” his family said in a statement Tuesday. “David died surrounded by those he loved, with joy in his heart and free from the pain that had gripped him for so long. Thank you for the abundance and support you have shown him these many years.”

News of the singer’s hospitalization sent the internet into a frenzy, with many women posting their wishes for a speedy recovery. Posters of a young Cassidy graced the bedroom walls of countless teenage girls in the 1970s. Along with Donny Osmond, Bobby Sherman and other teen heartthrobs, Cassidy dominated the pages of fan magazines such as Tiger Beat.

The Partridge Family, a sitcom that ran from 1970 to 1974 about a mother and five children who formed a rock ’n’ roll band, introduced Cassidy to a national audience. With his shaggy layered hair and boyish good looks, Cassidy — who played Keith Partridge — won over a legion of fans. He was the stepson of actress and fellow Partridge Family star Shirley Jones, who played his mother on the show.

Cassidy’s half-brother, Shaun Cassidy, who was also a teen idol and is now a TV producer, tweeted last week: “Thank you for all your love and good wishes for David. It means the world to all of us.”

In recent years, Cassidy openly discussed his battle with alcoholism. In 2014, he told Piers Morgan: “If I take another drink, I’m going to die — physically, mentally, emotionally, spiritually. I’m dead.” He faced drunken driving charges on three occasions, in November 2010, August 2013 and January 2014. He filed for bankruptcy in February 2015.

This past February, Cassidy revealed he had dementia, just days after he appeared to slur his words and fall off the stage during a concert in Southern California.

He broke the news to People magazine, saying, “I was in denial, but a part of me always knew this was coming.”

Cassidy’s grandfather as well as his mother, the late actress Evelyn Ward, also suffered from dementia.

He told People that he would stop touring as a musician. “I want to focus on what I am, who I am and how I’ve been without any distractions. I want to love. I want to enjoy life,” he said.

On his website, too, he had announced that he would retire at the end of this year. Cassidy added, “What a remarkable, long-lived career I have been blessed to have.”

“I will always be eternally grateful for the love and support you’ve shown me,” he said in a statement earlier this year. “I still love very much to play and perform live. But it’s much more difficult for me now. I’m not going to vanish or disappear forever.”