Scott Kelly: 'What I Learned in Space'

In an excerpt from his new memoir, the astronaut reflects on his 340-day sojourn to the International Space Station 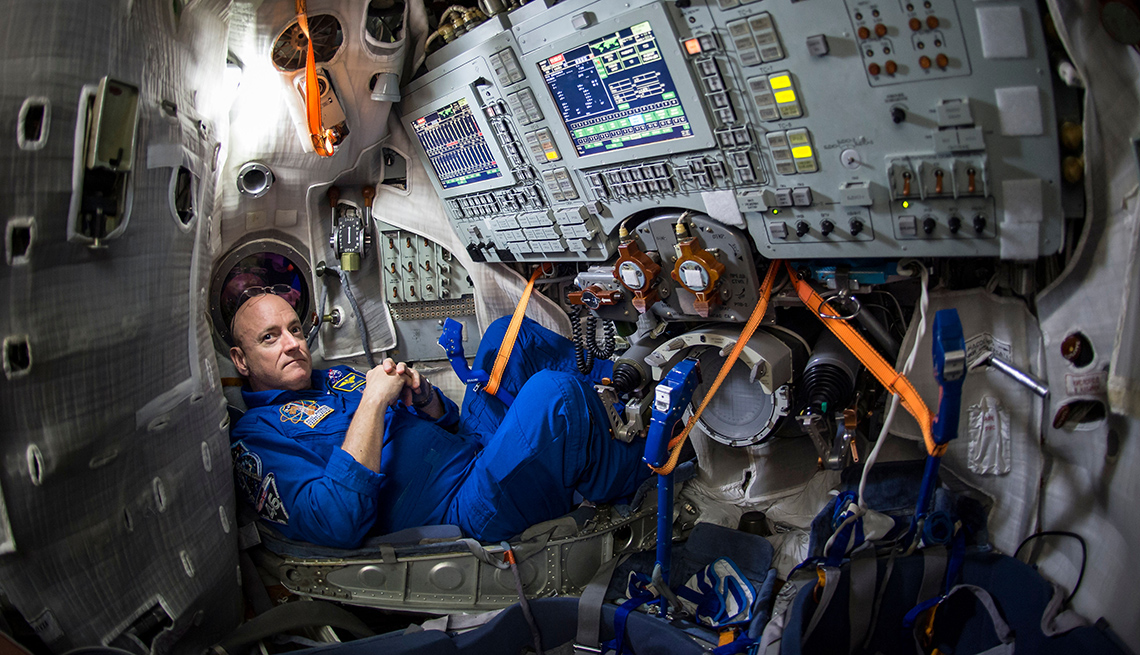 I’ve learned that nothing feels as amazing as water. The night my plane landed in Houston and I finally got to go home, I did exactly what I’d been saying all along I would do: I walked in the front door, walked out the back door and jumped into my swimming pool, still in my flight suit. The sensation of being immersed in water for the first time in a year is impossible to describe. I’ll never take water for granted again. My Russian crewmate Misha Kornienko says he feels the same way.

I’ve learned to better compartmentalize, which doesn’t mean forgetting about feelings, but instead means focusing on the things I can control and ignoring what I can’t.

I’ve learned how important it is to sit and eat with other people. While I was in space, I saw on TV one day a scene with people sitting down to eat a meal together. The sight moved me with an unexpected yearning. I suddenly longed to sit at a table with my family, just like the people on the screen, gravity holding a freshly cooked meal on the table’s surface so we could enjoy it, gravity holding us in our seats so we could rest.

We will never have a space station like this again.

During my year in space, my longtime partner, Amiko, had bought a dining room table and sent me a picture of it. Two days after landing, I was sitting at the head of that table, a beautiful meal spread out on it, my family gathered around me: Amiko; my identical twin brother (and fellow astronaut), Mark; his wife, former Congresswoman Gabby Giffords; my father; my daughters, Samantha and Charlotte; and Amiko’s son, Corbin. It was just how I’d pictured it. At one point in the conversation, Gabby pointed urgently at Mark, then me, back and forth, back and forth. She was pointing out that Mark and I were both making exactly the same gesture, our hands folded on top of our heads. I’ve learned what it means to be together with family again. 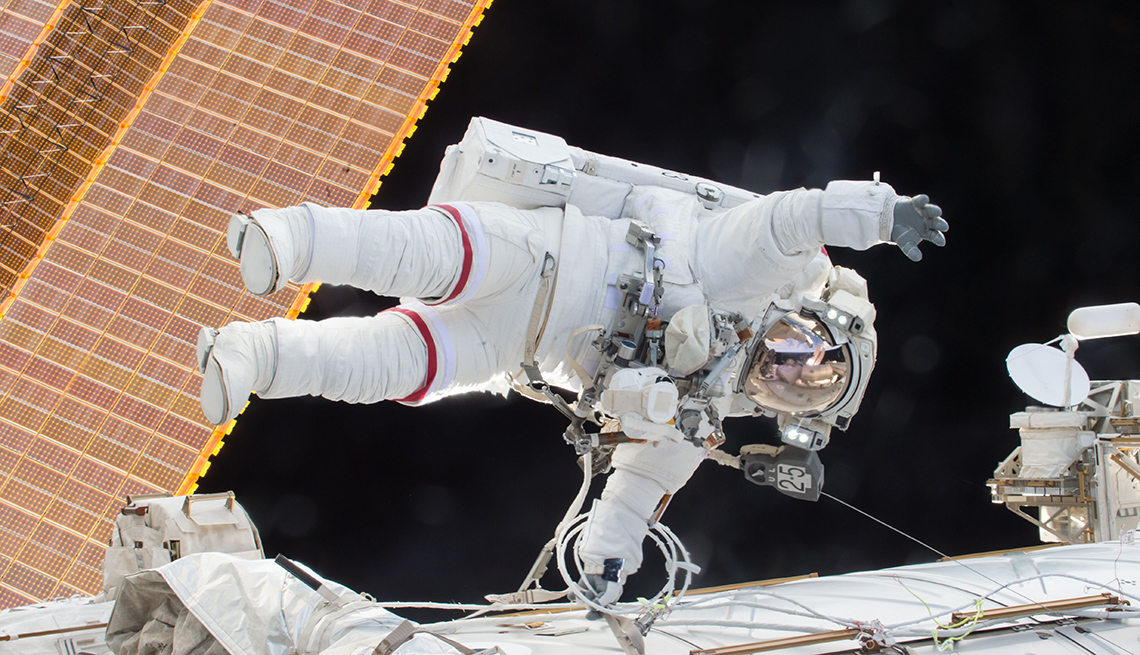 I’ve learned that an achievement that seems to belong to one person probably has hundreds, if not thousands, of people’s work behind it, and it’s a privilege to be the embodiment of that work.

I’ve learned that a year in space contains a lot of contradictions. A year away from someone you love both strains the relationship and strengthens it in new ways.

I’ve learned that climbing into a rocket that may kill me is both a confrontation of mortality and an adventure that makes me feel more alive than anything else in life.

I’ve learned that this moment in American spaceflight is a crossroads where we can either renew our commitment to push farther out, to build on our successes, to keep doing harder and harder things — or else to lower our sights and compromise our goals. 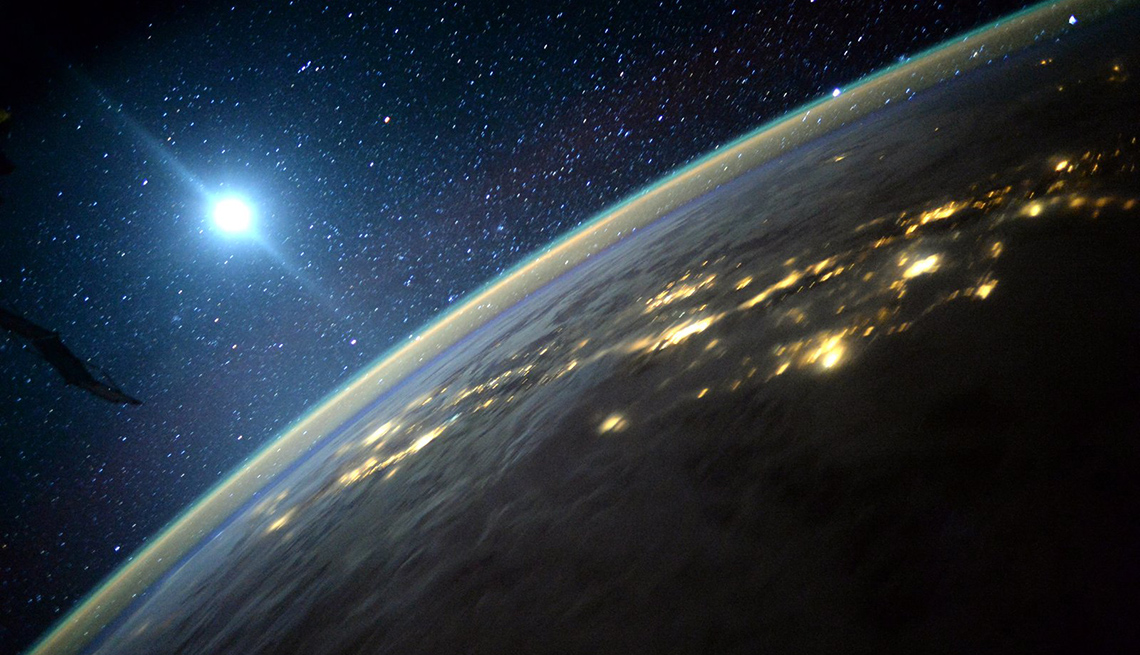 Astronaut Scott Kelly posted this photo taken from the International Space Station to Twitter on Sept. 5, 2015, with the caption, “#goodnight #Earth! Make me proud and I’ll try and do the same. #YearInSpace.”
NASA/Scott Kelly

I’ve learned that grass smells great, and wind feels amazing and rain is a miracle. I will try to remember how magical these things are for the rest of my life.

I’ve learned that my daughters are remarkable and incredibly resilient people and that I have missed a piece of each of their lives that I can never get back.

I’ve learned that following the news from space can make the Earth seem like a swirl of chaos and conflict, and that seeing the environmental degradation caused by humans is heartbreaking. I’ve also learned that our planet is the most beautiful thing I’ve ever seen and that we’re lucky to be here.

I’ve learned a new empathy for other people, including people I don’t know, people I don’t like and people I disagree with. I’ve started letting people know that I appreciate them, which can freak them out at first. It’s a bit out of character for me. But it’s something I’m glad to have gained and hope to keep.

When I got back from space, I felt well enough to go right back to work, but within a few days I felt much worse — nauseated, feverish, with swollen and painful legs. This is what it means to have allowed my body to be used for science. I will continue to be a test subject for the rest of my life.

A few months later, I feel distinctly better. I will continue to participate in a twins study, as scientists track how Mark and I age. Science is a slow-moving process, and it may be years before any great understanding or breakthrough is reached from the data. This doesn’t particularly bother me — I will leave the science up to the scientists. For me, it’s worth it to have contributed to advancing human knowledge, even if it’s only a step on a much longer journey.

I’ve been traveling the country and the world talking about my experiences in space. It’s gratifying to see how curious people are about my mission, how much children instinctively feel the excitement and wonder of spaceflight, and how many people think, as I do, that Mars is the next step.

In October 2016, my father was diagnosed with throat cancer, a relatively treatable disease, and began treatment. One evening Amiko got a phone call from him, which wasn’t unusual. He had depended on her support a great deal while I was in space, and they had continued to talk often. But that evening, he didn’t want anything in particular.

“I just wanted to let you know how much I love you, sweetheart,” he told her. “I’m just so glad you and Scott have each other. You’ve accomplished so much together, and all the stuff you’ve been through — it was all worth it.” Amiko thought this was out of character for him, but she said he sounded much better than he had in a while. A few days later, he took a turn for the worse and died in the intensive care unit.

I’m convinced he lived to see my mission through and to celebrate my return. It was a big deal to him to support Mark and me and to celebrate our accomplishments, and he was most proud of his granddaughters, whom he adored.

In my computer, I have a file of all the images my crewmates and I took on the International Space Station during the time I was there. Often a picture of a specific person on a specific day will bring back a flood of sense memory, and I will suddenly remember the smell of the space station, or the laughter of my crewmates or the texture of the quilted walls inside my tiny quarters. One image I don’t have in my computer but that I will always remember is the view from the Soyuz spacecraft window as I backed away from the International Space Station at the end of my year in space. As well as I know the inside of the station, I’ve seen the outside only a handful of times. It’s a strange sight, glinting silver in the reflected sun, as long as a football field, its solar arrays spread out more than half an acre. It’s a completely unique structure, assembled by spacewalkers flying around the Earth at 17,500 miles per hour in extremes of temperature of plus and minus 270 degrees Celsius. It’s the work of 15 different countries over 18 years, thousands of people speaking different languages and using different engineering methods. In some cases, the station’s modules never touched one another on Earth, but they all fit together perfectly.

As I backed away, I knew I would never see it again, this place where — between this trip and earlier ones — I’d spent more than 500 days of my life. One day the station will reenter the Earth’s atmosphere and crash into the ocean, and I hope to be there to see it. We will never have a space station like this again, and I will always be grateful for the part I’ve played in its life. In a world of compromise and uncertainty, this space station is a triumph of engineering and cooperation. Putting it into orbit — making it work and keeping it working — is the hardest thing that human beings have ever done, and it stands as proof that when we set our minds to something hard, when we work together, we can do anything. I know we can solve our problems here on Earth.

I know that if we want to go to Mars, it will be very difficult, will cost a great deal of money and may cost human lives. But I also know that if we decide to do it, we can.

Excerpted from the book Endurance: A Year in Space, a Lifetime of Discovery by Scott Kelly. Copyright © 2017 by Scott Kelly. To be published by Alfred A. Knopf, an imprint of the Knopf Doubleday Publishing Group, a division of Penguin Random House LLC. 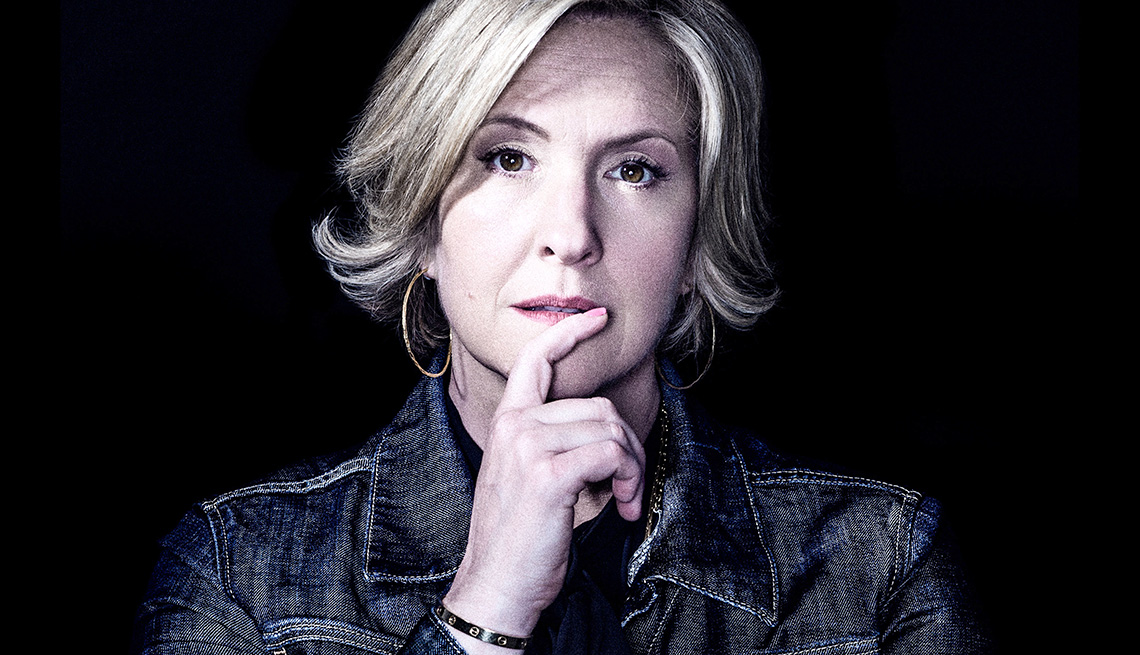 How to Find a Sense of Belonging