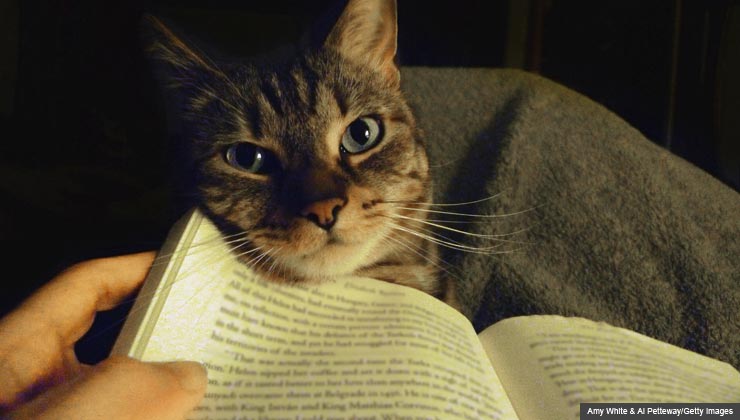 Cozy mysteries are suspenseful and will keep you on the edge of you seat.

The temperature is dropping, the wind is kicking up and you have hot cocoa on the stove — an ideal time for tucking into a cozy.

Cozies are a genre of crime fiction, sometimes known as traditional mysteries, beloved by fans from 18 to 80. You, the reader, have a perch on the shoulder of the (usually) amateur, (often) female sleuth for a bird's-eye view of an intriguing murder and can solve the crime in lockstep or before. What you won't find are explicit blood and guts, or adult themes. Murder and sex (if anyone is having any) occur off the page. And as with many good mysteries, murder is merely an excuse to explore the reasons ordinary human beings do what they do.

Though cozies have been around in England since the early 1900s, modern cozies are creatively pushing the boundaries of the genre; you might even find — gasp! — a few curse words. Today's cozies tend to revolve around a popular theme or hobby. Among them are felines (cats help their retired owner solve mysteries in Rita Mae Brown's Mrs. Murphy series), crafts (Maggie Sefton offers patterns that her sleuth knitter and her knitting group use), food and drink (Diane Mott Davidson includes recipes in her food-based series and Cleo Coyle sets her mysteries around a landmark coffee shop in Greenwich Village) and challenges (Parnell Hall makes her sleuth, aka The Puzzle Lady, and the reader solve crosswords, sudokus and KenKens in order to solve the crime).

A sleuth's profession or station in life may also provide a clever hook. Alexander McCall Smith's Precious Ramotswe is Botswana's first and only female investigator; her work at the No. 1 Ladies' Detective Agency illuminates human frailty as much as solves mysteries. The sleuth in Nancy Atherton's Aunt Dimity series must communicate with her well-to-do niece to nab killers, since she, herself, is actually dead.

If you haven't picked up a good cozy since Christie's The Mirror Crack'd, consider these just-published page-turners for the chilly season:

The Twelve Clues of Christmas

Lady Georgiana Rannoch, 35th in line to the English throne, uses her position and pluck to unravel a series of murders in a quintessential snowy English village during Yule time in postwar England. (Picture Downton Abbey, slightly smaller). Combined with a sister plotline that involves the lady's object of affection, this charming and tastefully sexy romp is pitch-perfect for a good read on a cold winter's night.

Winspear sets her series in the same Downton Abbey period, but places her self-made, educated professional investigator, Maisie Dobbs, in London. In her latest mystery, Dobbs must use her trade-secret intuitive powers and return to her roots in working-class East End London, where she grew up, to unravel why a simple-minded horse whisperer was killed.

You could read the most recent Inspector Gamache mystery, in which the Montreal detective must determine how and why a monk in a secluded monastery was murdered, but once you do, you'll want to read everything Louise Penny has even written. Start with her first Gamache mystery, the multi-award-winning Still Life, and in it and each Gamache book, eight in total, prepare for some of the most revealing and often moving prose about the human condition you'll ever read — all wrapped in whodunit you likely won't guess until the final pages.

This installment of the bird-theme Meg Langslow series involves a pre-Civil War tunnel, a stubborn clerk who's barricaded himself in the courthouse basement, a tourist-luring country fair and, um, vultures. Andrews places the down-to-earth Meg in a classic small Southern town, Caerphilly, Va., where her eccentric characters, knee-slapping wisecracks and local dialect ring true. A child of the region, Andrews takes good care to make her heroine 3-D, and imbues her with a down-to-earth mission to right all wrongs.

One of the best reasons to pick up a cozy now is that the erudite, wickedly funny works of the Cozy Grandmama herself, Dorothy Sayers, are now back in print, thanks to Bourbon Street Books. Think you like Christie? Sayers set the bar for whodunits but received much less recognition (at least in America). Read the farcical capers of her aristocratic detective, Lord Peter Wimsey, and his paramour, Harriet Vane, starting with Strong Poison, in which Lord Peter sets his sights on freeing Vane, who is on trial for murder. Then read every other one you can buy, steal or check out of the library through the latest, A Presumption of Death.