Caregiving in the LGBT Community

With no family, a caregiver finds a support system in her neighborhood 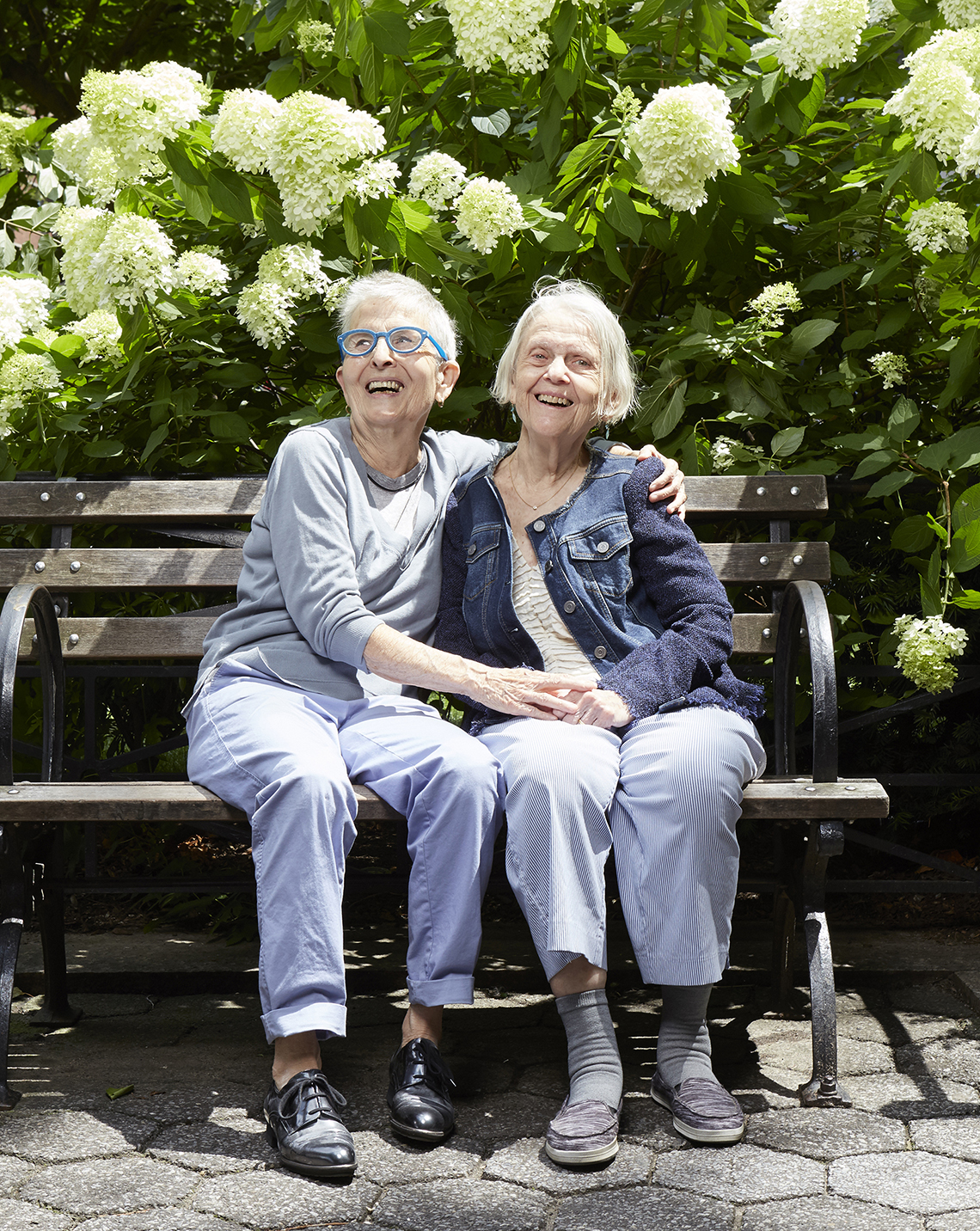 Like so many people thrown into the family caregiving role, Cindy Mermin was taken by surprise. Mermin, a clinical psychologist, and her wife, Helen McDermott, a clinical social worker, had a successful psychology practice in Manhattan when McDermott had heart valve replacement surgery in 2004.

“She never completely recovered,” says Mermin. Helen had always been very independent, but Mermin gradually took on more responsibility for duties they used to share. “I was helping her organize her schedule, keep track of billing, and had to remind her of things.” As McDermott came in to the office less and dramatically cut back on her patient load, Mermin reluctantly admitted to herself that dementia, not the surgery, was the culprit for the decline.

“When we sold the practice, Helen became depressed,” says Mermin. “If you’re very good at something and that’s how you define yourself, you really miss it when it’s gone.”

Already intensely private people, the couple became more isolated as they coped on their own with everyday tasks that grew increasingly difficult for McDermott: dressing, bathing, and, eventually, climbing the stairs in their three-level apartment. 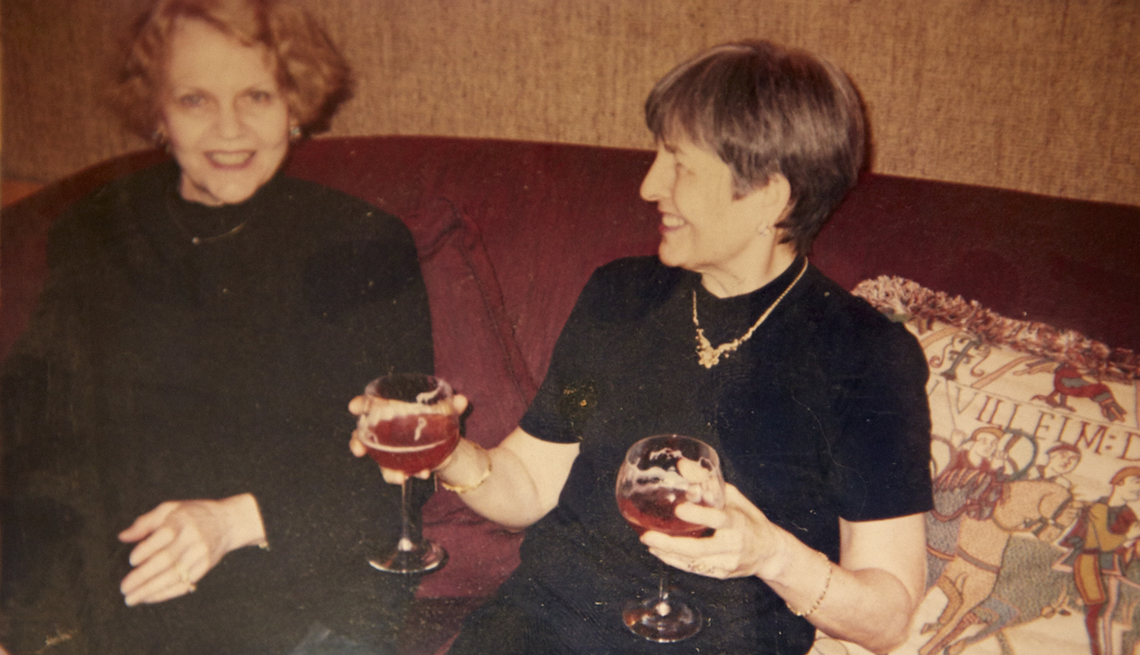 Mermin was beginning to feel overwhelmed, and the last thing she wanted was to take away her wife’s independence. But McDermott was ashamed to let anyone else know she needed help.

As is often the case among lesbian, gay, bisexual or transgender (LGBT) older adults, there was no family to lean on. Mermin, who is 78, and her wife, who is 84, are both long estranged from their families because they couldn’t come to terms with a loved one being gay.

When older people in the general population need help with everyday tasks, they most often turn to family. Eighty-five percent of caregivers are family members -- spouses, sons and frequently daughters.

Nine percent of adults identify themselves as LGBT, according to Caregiving in the U.S., a report jointly released by AARP and the National Alliance for Caregiving. They typically rely for support on their families of choice – a close-knit group of friends, often including an ex-partner. But chosen families frequently involve peers, who are also aging and might need care themselves.

“When you get to the age when you need someone, there aren’t so many someones around,” says Imani Woody, president and CEO of Mary’s House for Older Adults, in Washington, D.C.

LGBT elders are twice as likely to be single and aging alone as the general population, according to SAGE. In addition to alienation from family, they are also three-to-four times less likely to have children.

LGBT elders are also frequently financially unprepared for advanced age, thanks in part to a history of discrimination-driven lower salaries, according to SAGE. Long denied the right to marry, they have not been able to take advantage of the tax, insurance, and pension benefits that heterosexual couples can. 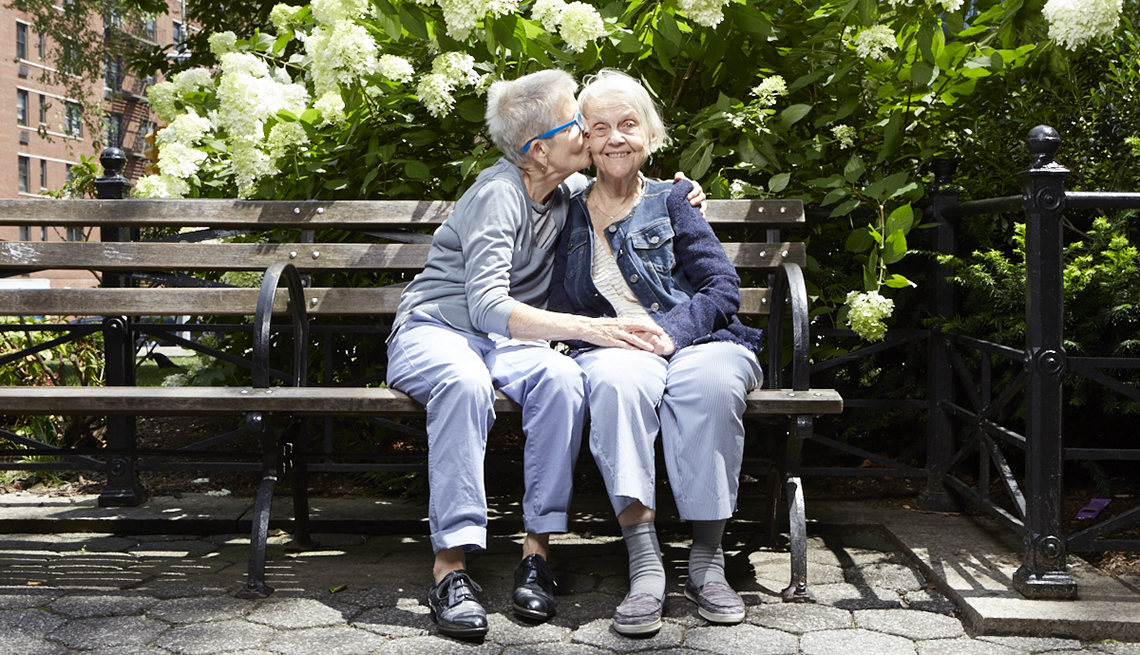 Mermin “toughed it out” as a full-time caregiver as long as she could. Unsure where to turn for help, she found herself isolated and overwhelmed. “We’re from a generation that was not perfectly comfortable being gay,” says Mermin. “We were closeted and afraid.”

The idea of turning to a senior center or other community resource for help provoked lots of anxiety. Wary of how they will be treated, LGBT older adults access support services like senior centers and meal programs, housing assistance or food stamps, at only 20 percent the rate that their non-LGBT peers do, according to Prepare to Care: A Planning Guide for Caregivers in the LGBT Community, a joint publication of SAGE and AARP. “Our generation is uneasy all the time,” Mermin says.

And they view retirement or assisted living facilities as places where they will likely feel uneasy. “I’ve seen so many people who’ve been living happily out, and they enter rehab or a retirement place, and they’re so vulnerable,” says Kent. “They’re not secure. Even as couples, I’ve seen them introduce themselves as sisters rather than admit they’re lesbians.”

That’s why Imani Woody is transforming her family’s home into communal housing that will be welcoming to older LGBT adults. From referring to transgender adults by the proper pronoun, to honoring same-sex marriages to educating clients and staff to be respectful of the LGBT culture – all contribute to an environment where LGBT elders can be comfortable, she says.

Mermin and McDermott have been able to remain in their home with the help of local respite care for people with memory loss. And Mermin found a SAGE support group that she calls “lifesaving.”

“Everyone there is either gay or caring for someone gay,” says Mermin. “Not everyone cares for someone with dementia, but we all feel the same way and share similar burdens.” The group allows Mermin to process her emotions and find practical help.

For Mermin, the challenges of dementia now supersede the struggles of being older and gay. As a caregiver, she says, “you have so many choices you have to make, and you never feel you’re making the right one.”

Mermin and McDermott are lucky. They have one another. “We’re very close,” Mermin says. “I’ve learned to set aside expectations and be glad for what we have.”