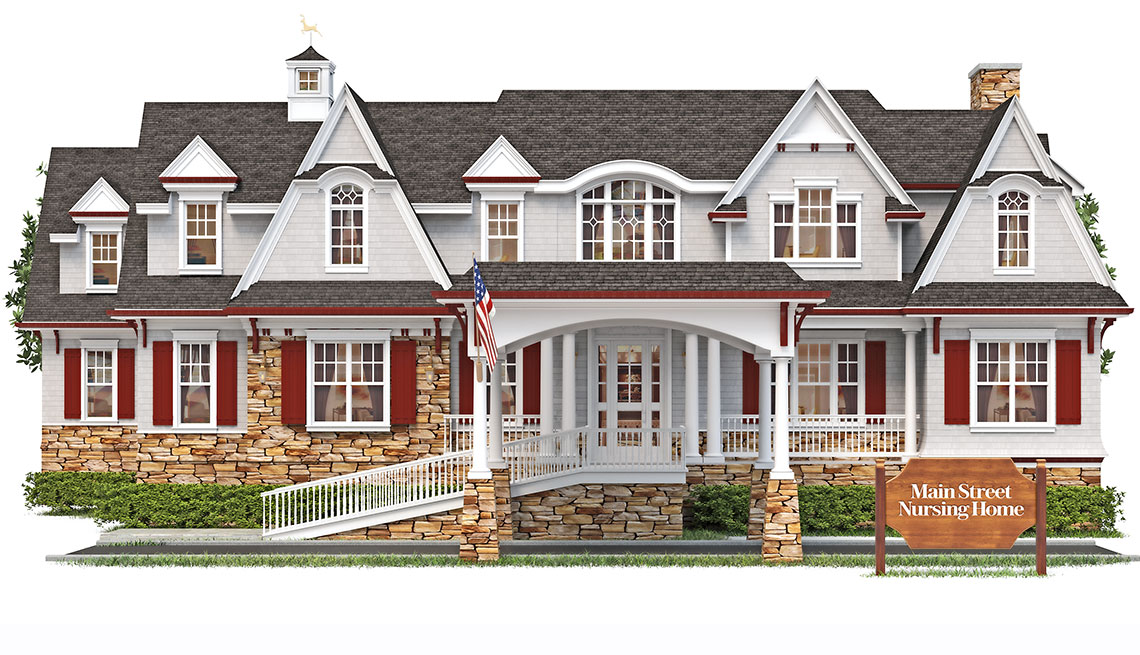 En español | In the aftermath of two major hurricanes that recently ravaged Texas and Florida, nursing home administrator Janine Finck-Boyle said, “You can’t just be prepared for when the disaster hits, you have to be prepared for what comes after.”

Finck-Boyle’s words are also true of those facing the declining health of parents or others they care about.

Many families seek out a nursing home only when a health emergency forces them to. Often that leaves them unprepared to make quick decisions about which facility is the best for what may be many years of residence. “It’s a time of real crisis, and families are pressured to make these decisions,” says Kathleen Unroe, a nursing home doctor at the Indiana University Center for Aging Research.

But the hurricane-related deaths at a nursing home in Florida and photos of nursing home residents sitting in wheelchairs with water up to their waists near Houston provide a stark illustration of the need to learn everything possible about the nursing home industry before a crisis.

Here are some answers that will help as you decide where your loved one should live.

How big is the nursing home industry?

There are about 15,600 nursing homes that participate in the Medicare and Medicaid programs in the United States, a number that largely has held steady since 2009. These operations serve as home for roughly 1.4 million of America’s most frail citizens.

Who pays for the care?

Taxpayers who fund Medicaid pay the majority of America’s nursing home bills. In 2015, the program was the primary payer for roughly 62 percent of residents, Kaiser Family Foundation research showed. And some patients get Medicare coverage in their first months at a facility.

In 2015 about 68 percent were owned by for-profit corporations, and 24 percent were run by nonprofit organizations, with the rest government-owned. All are regulated under a complex system. The federal government’s Centers for Medicare & Medicaid Services (CMS) crafts the regulations and guidelines for America’s nursing homes. But enforcement is left to the states, each of which is required to perform unannounced inspections of every facility. The state’s review of the nursing home is subject to CMS approval. 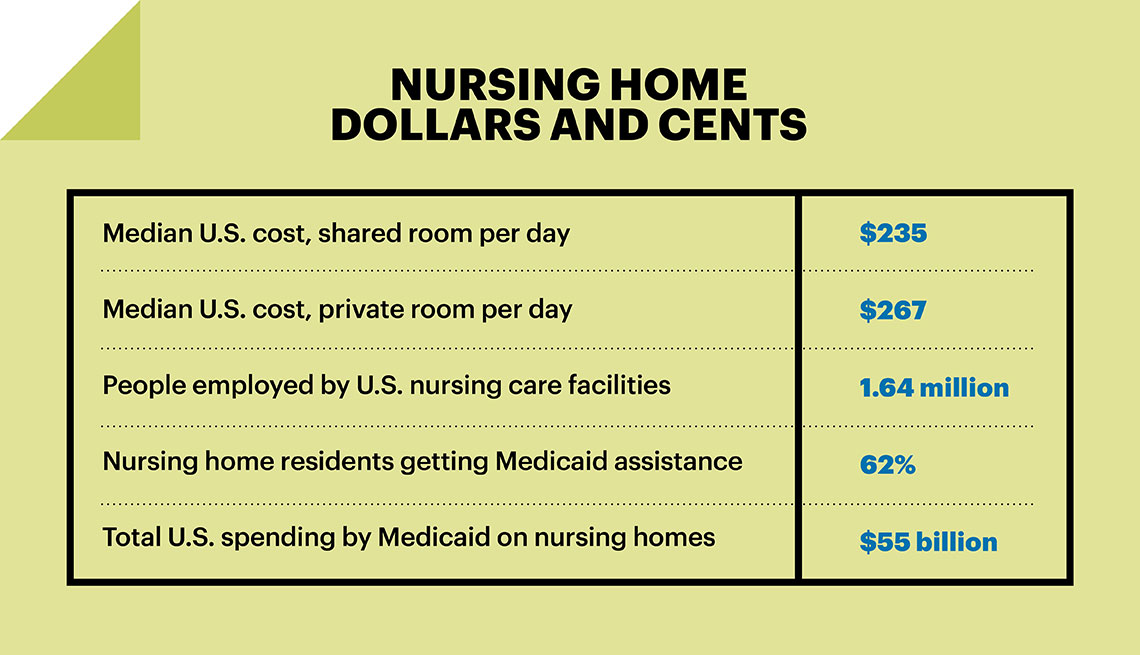 What level of care is expected?

Nursing homes must follow strict government guidelines. Among the requirements: Provide 24-hour access to a skilled nursing staff, and make sure all medical treatment is supervised by a physician. The regulations also require facilities to provide “services to attain or maintain the highest practicable physical, mental and psychosocial well-being” of each resident. Patients often have multiple medical conditions, and also can require assistance with daily activities such as bathing and dressing. In 2015, nursing home staff spent a national average of 4.1 hours attending to each resident per day.

Who is the typical nursing home resident?

Most arrive after having exhausted other less comprehensive forms of care. Many older adults who don’t require daily medical assistance choose to live in lower-cost assisted living facilities. Others use a home- or community-based service that allows them to receive help in their own home. Changes in Medicaid policy let the government program pay for more home- and community-based services for Americans who need ongoing care. This has had an unforeseen consequence: More people are arriving at nursing homes when their health is poor.

Government regulators have been striving to put more control into the hands of residents, who now have more say over when they see visitors, whom they share a room with and what they eat. There are also new rules designed to protect residents against theft and financial rip-off, and residents have more control over when they can be discharged. There is also new legal protection for those with dementia, aimed to stop the practice of nursing homes sending such residents to hospitals and then refusing to readmit them.

One essential change was not made, critics say: The government did not address the need for staffing increases. Advocates had urged CMS to mandate that nursing homes have at least one nurse on site 24 hours a day (the current requirement is only eight hours). “Whenever you see a concern or problem in a nursing home, you can generally trace it back to inadequate staffing standards,” says Lori Smetanka, executive director of the National Consumer Voice for Quality Long-Term Care. “Until we fix that as a problem, we’ll not be able to improve the quality of care.”

But the nursing home industry successfully pushed back, noting the additional taxpayer expense that such requirements would create, and the difficulty in some places of finding trained workers. “It’s very hard to find staff to work in nursing facilities, especially in rural areas,” says David Gifford, a physician and senior vice president for quality and regulatory affairs at the American Health Care Association.

What may lie ahead?

One promising initiative that is underway is a $30 million, eight-year “innovation demonstration project” called OPTIMISTIC, which is testing new approaches to improving the quality of care. In phase one of that project, additional nurses were embedded in 19 long-term care centers. The nurses were specially trained to coordinate the patients’ treatments to reduce the number of times residents had to be sent to hospitals.

Another new approach is for nursing homes to specialize in specific ailments. One home might be best equipped to care for patients with Alzheimer’s disease, while another might focus on ALS (Lou Gehrig’s disease). And some companies are launching care facilities that offer unassisted living, assisted living and nursing home arrangements in one complex. The goal: Keep a person in one location throughout his or her later years.