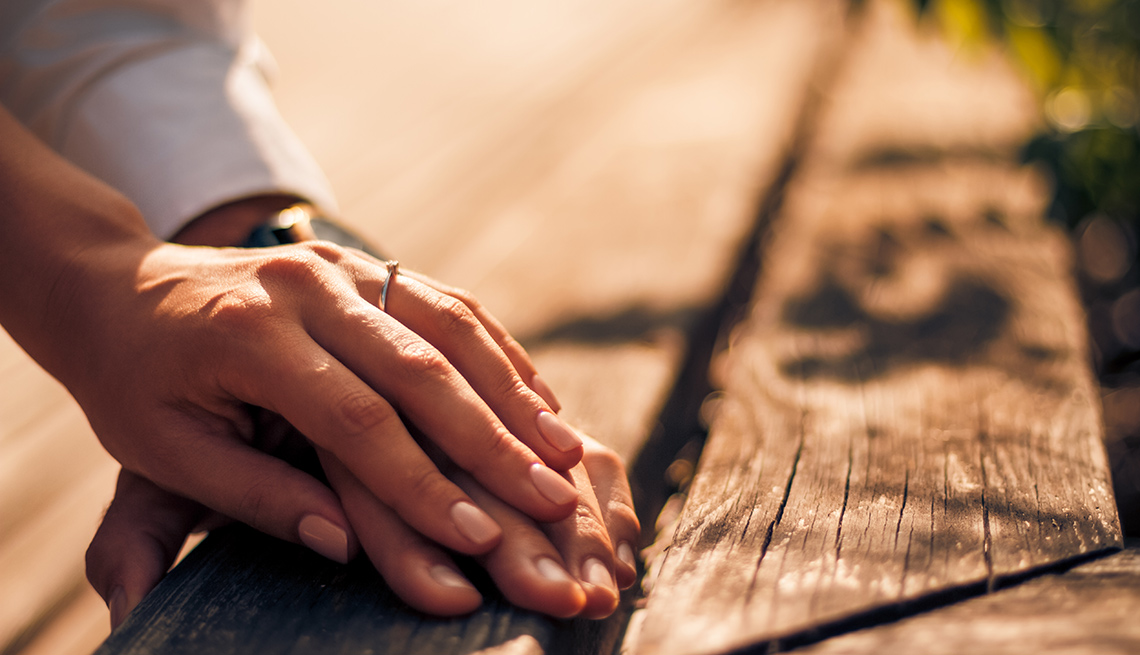 Divorce rates in couples in which one spouse has a serious chronic illness are as high as 75 percent.

En Español | “I don’t love my husband the way I used to,” 55-year-old Eleanor, a former client of mine, said sadly. I could understand her sentiments. After her husband had a large brain tumor removed the previous year, his thinking had slowed and his personality became passive. The wryly funny man she’d married three years before was now mostly absent. Should she stay in their marriage even if it had radically changed and she felt burdened by caring for him? She wanted to somehow make it work. “I’m a moral person and respect my vows,” she said. “I’m trying to learn to love him differently.”

With a nationwide divorce rate still hovering around 40 percent (though it has been slowly declining for years), it is hard enough for committed relationships to survive in the long term. But estimates of the divorce rate for couples in which one spouse has a serious chronic illness is as high as 75 percent. Spousal caregivers are said to be more prone to depression than adult children who are caregivers. These spouses often lose not only physical intimacy with their ill loved ones, but also deep friendship if those partners are no longer emotionally or cognitively capable of serving as their confidants. They frequently have to mourn their past joys as a couple along with the dreams they had held for future happiness.

If spousal caregivers like Eleanor decide to stay in their relationships, they often are wracked with resentment because they are giving so much more than they’re getting back. If they decide to leave, they are frequently wracked with guilt for abandoning the people they are supposed to love. While no easy answers exist in these dilemmas, there are strategies for minimizing the deleterious effects of illness and putting the relationship on a new and stronger ground going forward.

Rebalance the relationship as much as possible: Healthy relationships are usually balanced; there’s an almost equal give-and-take between partners. But caregiving relationships, says Northwestern University psychiatrist John Rolland, are necessarily “skewed,” or imbalanced,  because the well spouse has to do most of the work. If these relationships become too tilted, then caregivers are at the greatest risk for falling out of sorts and out of love. To whatever degree possible, well and ill spouses should try to minimize these skews and maintain a two-way give-and-take. Ill spouses should continue to try to do whatever they are capable of — simple chores, listening well, giving thanks — for well spouses. Well spouses should refrain from hogging the glory by taking over all responsibilities and disempowering the ill spouses.

Find a different way of loving. According to psychologist Polly Young-Eisendrath in her book The Present Heart, spousal caregivers like Eleanor have to decide whether they can accept a different kind of love — a cherishing of their partner, rather than the head-over-heels passion upon which the relationship originally was based. Such shifts often occur naturally as couples age, but may be greatly hastened by caregiving. Eleanor and other caregivers could admit to themselves that they are staying in their relationships because (to cite several examples) they have a shared history with their partners, retain genuine fondness for them, or feel a moral obligation to be there. It is a different type of connection — perhaps not as fulfilling — but still potentially satisfactory.

Look outside for support you can’t get inside. Most marriages don’t meet each spouse’s every need. That’s why it’s so important to maintain regular contact with friends with whom you have common interests. In instances when an ill spouse can do little to meet a well spouse’s emotional or intellectual needs, good friends become all the more indispensable to supply the care and camaraderie that may no longer be possible within the marriage.

Consider separating caregiving from marriage. Over the years, I have met several ex-spouses who remained committed to caring for ill spouses even though they no longer wanted to be married to them. They lived separately or together in “like,” if not in love, allowing the caregivers to meet moral or emotional imperatives to help — while still being free to seek other relationships for their own benefit. Such arrangements are not for everyone, but underscore an important point for all spousal caregivers: You need not completely sacrifice your own needs to honor vows as a reliable caregiver.