Data shows challenge of keeping the coronavirus out of facilities 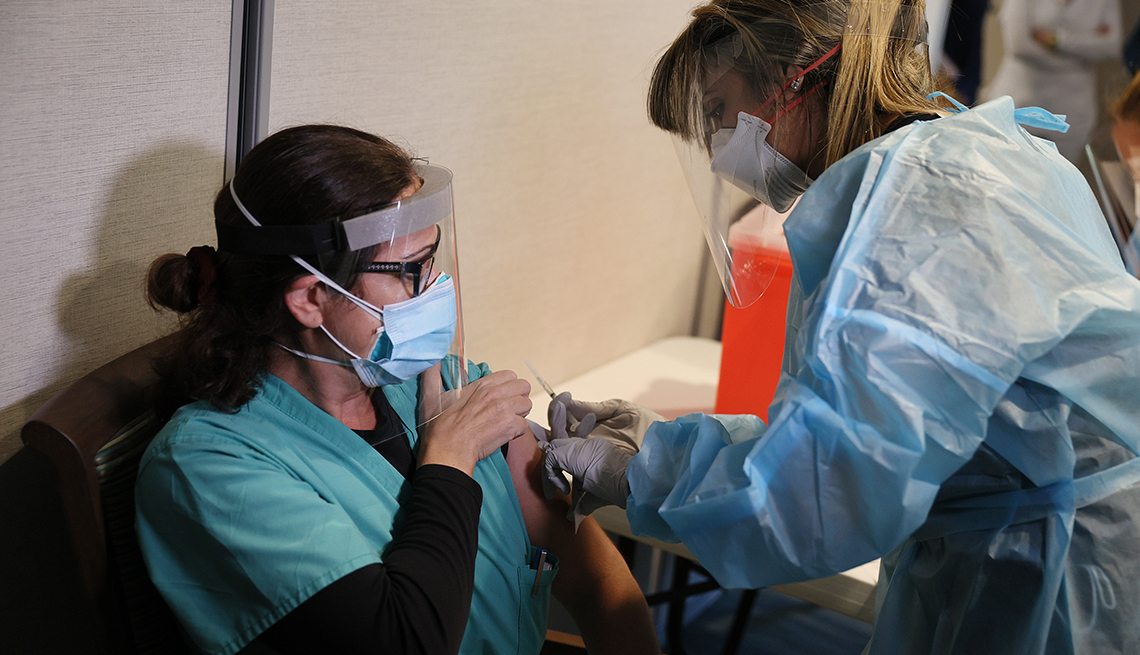 In the nation's nursing homes, an average of only 55 percent of workers are fully vaccinated against COVID-19, according to new federal data, even though these long-term care facilities have witnessed massive carnage from the pandemic, including almost 135,000 COVID-19 deaths among residents and staff.

Vaccination rates for nursing home residents are much higher, with a national average of 78 percent fully vaccinated in each facility, the data released Thursday from the federal Centers for Medicare and Medicaid Services (CMS) shows.

Widespread vaccine uptake among residents has helped drive down COVID-19 infections in nursing homes — from more than 170,000 new cases in four weeks over the New Year's period to around 10,000 new cases over four weeks from mid-April to mid-May, according to AARP analysis of federal data. Deaths have also plummeted, from nearly 20,000 to around 800 for the same reporting periods.

But the low staff vaccination rates cast doubt on the nursing home industry reaching its goal of vaccinating 75 percent of its almost 1.5 million workers by the end of June and show the challenge of keeping COVID out of nursing homes over the long term.

Why exactly do workers need to be vaccinated?

Nursing home staff, who come and go from their workplaces while often interacting with the wider community between shifts, are a main vessel for COVID-19 to enter and spread through facilities, studies show.

Many nursing home workers earn just $13 per hour, don't receive sick leave or benefits, and work in multiple facilities to make ends meet. When at work, they're often in close contact with residents while feeding, bathing and dressing them. And due to widespread staffing shortfalls — at least a fifth of all nursing homes nationwide have reported a shortage of nurses or aides every month for the past year — they're often tending to more residents than recommended during their shifts.

While rare, breakthrough infections — which occur when a vaccinated person contracts the virus — can present another danger to nursing home residents. These older and often immunocompromised people are less likely to mount an immune response when vaccinated, says Justin Lessler, an associate professor of epidemiology at the Johns Hopkins Bloomberg School of Public Health.

"They may be getting less protection than a slightly healthier, younger person,” he says.

An unvaccinated health care worker is believed to be at the center of a March COVID-19 outbreak in a Kentucky nursing home, where 75 of the 83 residents were fully vaccinated, while just 61 of 116 staffers were. Nearly 50 people became infected, including 18 fully vaccinated residents. Three residents — including one who was vaccinated — died, according to a review by the Centers for Disease Control and Prevention (CDC).

Breakthrough infections have also been identified in nursing homes in Chicago, according to another CDC report.

Vulnerable residents aside, vaccinated workers also protect themselves. More than 585,000 workers have tested positive for the virus so far; almost 2,000 have died from it. Certified nursing assistants (CNAs) in nursing homes had one of the deadliest jobs of 2020.

The federal government began requiring individual nursing homes to report vaccination rates beginning in mid-May. This week, the CMS released its most robust set of results, which includes the vaccination rates from around 90 percent of the nation's nursing homes as of June 13. The information is vital for consumers, says Megan O'Reilly, vice president of health and family government affairs at AARP. “Transparency is key,” she says. “This information is needed in order for people to make the best, safest decisions for their loved ones who may need long-term care.”

In February, two of the largest nursing home trade groups, the American Health Care Association (AHCA) and LeadingAge, set a target to get 75 percent of nursing home workers in every facility nationwide vaccinated by the end of June as part of their #GetVaccinated campaign.

The CMS's COVID-19 Nursing Home Data page includes a list of fewer than 2,200 facilities — from the 15,000-plus it regulates — that have achieved that goal as of June 6.

In a recent survey of COVID-19 vaccine uptake among frontline health care workers, including those in nursing homes, 82 percent who had not received a COVID-19 vaccine as of early March said they are worried about the potential side effects. Eighty-one percent also said they think the vaccine is too new and want to wait to see how it works for others, while 65 percent said they distrust the government to ensure safety and effectiveness.

It will be hard to overcome that distrust, says Lori Porter, cofounder and CEO of the National Association of Health Care Assistants. Starting late last year, nursing home workers were prioritized alongside residents and other health care workers as the nation's first vaccine recipients. But that followed months of nursing home workers being forgotten or villainized for unknowingly causing a COVID-19 outbreak in their facilities, she says.

"CNAs went from nobodies to everybodies for the first time ever when everybody wanted them to take the vaccines,” Porter says.

Vaccine access is also hindering uptake. Since a federal program tasked with vaccinating the nation's nursing homes concluded in March, facilities have reported logistical hurdles in securing vaccines for new residents and previously reluctant staff. Some homes say their pharmacy partners are waiting to deliver vaccines until the facility has a certain number of people ready to vaccinate.

"Part of this data is a structural problem,” says Ruth Katz, senior vice president of policy at LeadingAge, which represents 5,000 nonprofit aging services providers, “not necessarily a hesitancy or refusal problem.”

AARP's O'Reilly says “there's still work to do” to address both issues.

"We need to be continuing to do everything we can to make sure that vaccines are accessible to all residents and staff,” O'Reilly says. “And that people have the information they need to make their decision." 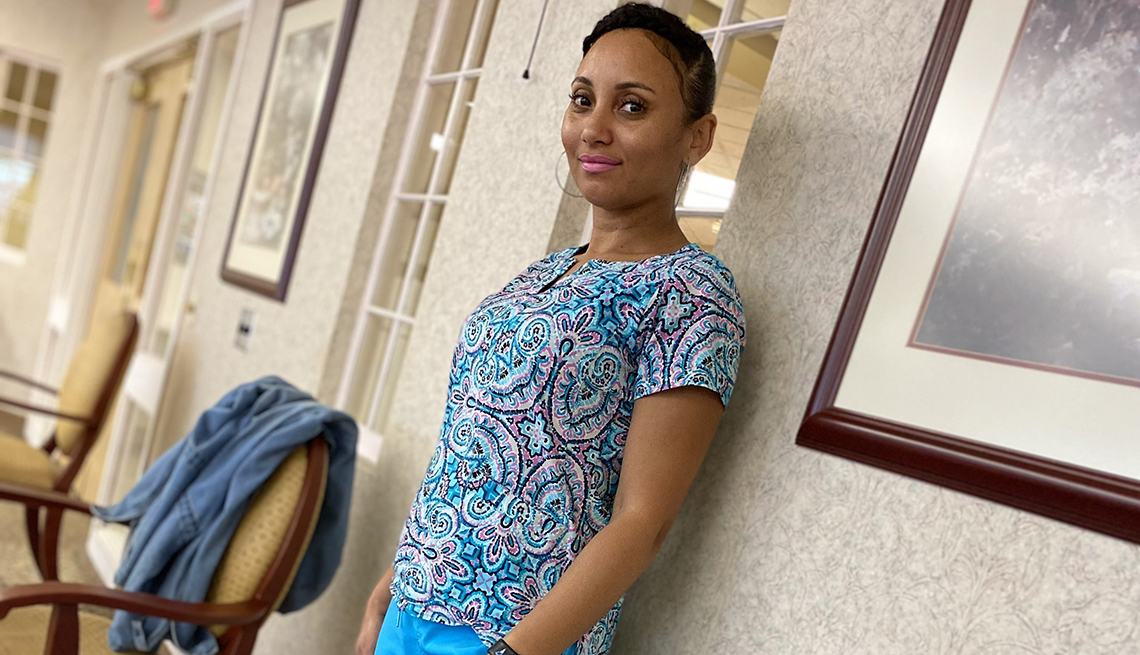 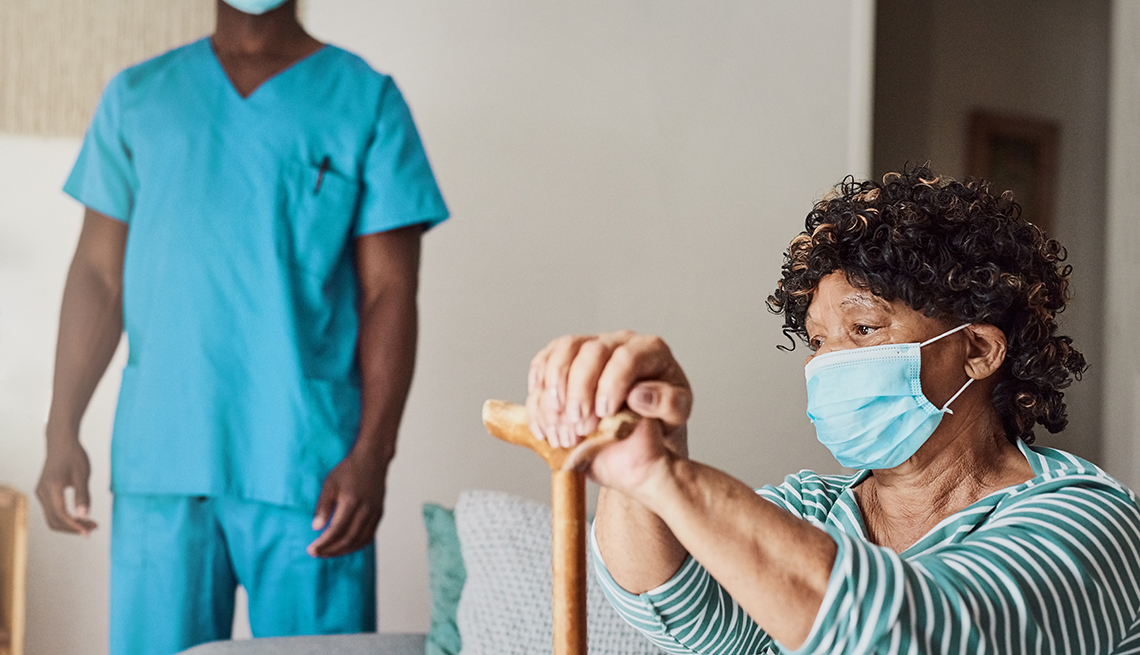 Minorities fared worse, according to a new federal report