8 Treatable Conditions That Can Be Mistaken for Alzheimer’s Disease

Worried about forgetfulness? It may be a problem you don’t suspect 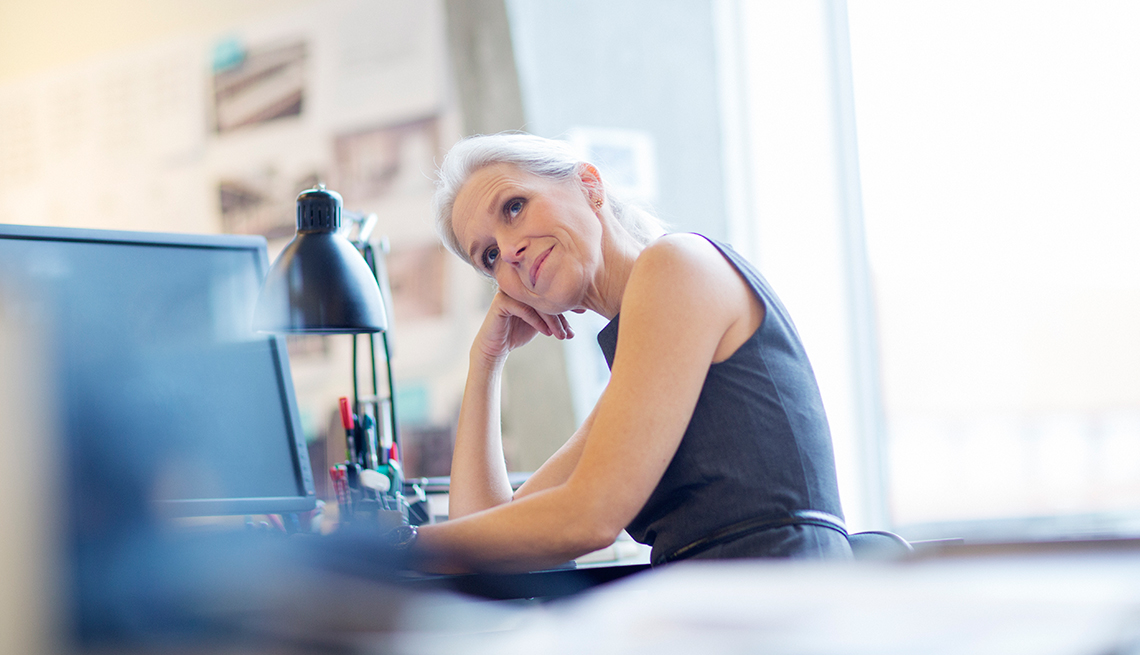 Not all memory loss is Alzheimer's or dementia, but don't ignore the signs.
Thomas Tolstrup/Getty Images
By
Christina Ianzito
AARP
En español
April 04, 2017

With headlines trumpeting the rising rates of Alzheimer’s disease diagnoses — the Alzheimer’s Association estimates that the number of people living with the disease will grow from 5 million today to 16 million by 2050 — it’s easy to get that distressing feeling that a misplaced coffee cup or forgotten dry cleaning might mean that you (or a loved one) are sliding inevitably toward an Alzheimer’s diagnosis.

To see how caregiving is transforming, visit AARP’s caregiving and technology series.

But you should know that while the disease is the most common cause of dementia, or cognitive impairment, late in life, it’s not the only one.

Especially if you’re younger than 70 and having cognitive complaints, says Marc Agronin, a geriatric psychiatrist in Miami and author of the 2015 book The Dementia Caregiver, “dementia is often not Alzheimer’s but reflective of depression or substance abuse or medication effects.”

If your symptoms concern you, Agronin suggests seeing a specialist for “a good solid medical workup, including a brain scan — preferably an MRI — to ensure that there aren’t any medical factors that are either causing the neurocognitive disorder or worsening it.”

He adds that there are a lot of misconceptions about dementia’s causes. Diabetes, for instance, is a big risk factor for dementia — both Alzheimer’s disease and vascular dementia — but it does not directly cause dementia symptoms.

Here are eight of the most common reasons — after Alzheimer’s — for  dementia, with information on what you can do about them.

1. Could it be normal pressure hydrocephalus (NPH)?

Milton Newman had a thriving dental practice in Peekskill, N.Y., but over a period of about 15 years, his memory became fuzzy and he lost his ability to do simple things around the house. Everyone assumed he was experiencing the beginning symptoms of Alzheimer’s — until he was dianosed with normal pressure hydrocephalus. His symptoms were caused by a gradual buildup of spinal fluid in the brain, which results in swelling and pressure that over time can damage brain tissue.

After surgeons inserted a permanent shunt in his brain, he started to feel like his old self. “It was really a miracle,” says his wife, Phyllis. “I knew I had him back.”

With NPH, the symptom that’s usually noticed first is a distinctive gait problem. Other clues: problems with thinking and memory, a lack of concentration, and urinary incontinence or a frequent need to urinate.

Diagnosis/treatment: See a neurologist for a complete physical and medical history. A CT scan, MRI or spinal tap can verify the diagnosis. A shunt surgically inserted into the brain can drain fluid and usually corrects the situation.

2. Could it be your medication?

Because the body metabolizes and eliminates medication less efficiently as we age, drugs can build up and cause memory glitches and other side effects that look very similar to Alzheimer’s disease. The most likely culprits are narcotic painkillers (opiates); benzodiazepines used for sleep and anxiety; steroids; and muscle relaxants used after injury.

Diagnosis/treatment: Tell your doctor about every drug you take, including supplements. If troublesome symptoms develop after starting a medication, you may be having a bad reaction. Don’t just stop taking your meds, but ask your doctor about options. The American Geriatrics Society publishes the Beers Criteria, a list of drugs that should be used with caution, or not at all, by older people.

3. Could it be depression?

And people with various forms of dementia have higher risks for depression, “due in part to damage of the emotional circuitry in the brain more so than psychological reactions to having dementia.”

Diagnosis/treatment: Get evaluated for depression by a psychiatrist, neurologist or geriatrician affiliated with a memory disorder clinic or major medical center. Depression isn’t something you can “just snap out of,” but it can be treated successfully with medication, regular exercise, cognitive therapy and stress-reduction techniques such as meditation, yoga or prayer.

4. Could it be a urinary tract infection (UTI)?

UTIs are caused by bacteria building up in the bladder, leading to infections. They’re often missed in older people because seniors rarely have the typical symptoms of a high fever or pain. Instead, there may be sudden memory problems, confusion, delirium, dizziness, agitation or even hallucinations. But Agronin notes that UTI-induced confusion is most likely to occur in people who already have dementia. Healthy people rarely have this reaction.

Diagnosis/treatment: Most urinary tract infections are easily treated with antibiotics, lots of fluids, a healthy diet and rest.

5. Could it be vascular dementia?

There are two different types of vascular dementia: the obvious type where someone has a significant stroke, resulting in losing function in part of the body or having trouble speaking. But Agronin says he more commonly sees patients who have subcortical vascular dementia, which is caused by ministrokes. Sometimes they don’t even know they’ve had them, but begin to show signs of cognitive impairment — “their thinking slows down,” Agronin says.

Diagnosis/treatment: Treatment involves reducing the risk of further stroke (that includes being physically active, controlling blood pressure and not smoking) and getting some form of cognitive rehabilitation, such as active brain exercises. Certain drugs approved to treat Alzheimer’s may also offer a modest benefit in people diagnosed with vascular dementia. You’ll want to work with your physician to develop the best treatment plan for your symptoms and circumstances.

Someone showing signs of dementia may have a benign tumor called a meningioma, which can press on certain parts of the brain and cause cognitive dysfunction.

Diagnosis/treatment: These tumors can be surgically removed. But, Agronin emphasizes, early assessment is key: “At early stages these tumors are more easily resected and their cognitive changes can be completely reversible. The longer you wait, the surgery can be more difficult and with greater risk of permanent damage.”

7. Could it be a subdural hematoma from a head injury?

A subdural hematoma occurs when abnormal bleeding (usually caused by an injury) leads to blood collecting between the dura (the outermost of the meninges, which are layers of tissue that surround the brain ) and the brain. A buildup of pressure caused by the hematoma can lead to dementia-like symptoms.

Diagnosis/treatment: If the hematoma is big enough, it can be surgically drained. If it’s small enough or the patient is not a surgical candidate, it can go away on its own, but it will take some time.

8. Could it be alcohol-related?

Besides destroying brain cells, heavy drinking can also lead to injury and increase the risk of other health problems that can impair cognitive function (such as liver damage). And certain medications combined with alcohol can also cause memory issues and other side effects.

Diagnosis/treatment: Depending on the damage, the effects of long-term alcohol abuse can sometimes be reversed. If you suspect you have alcohol-related memory problems, seek help to stay sober.