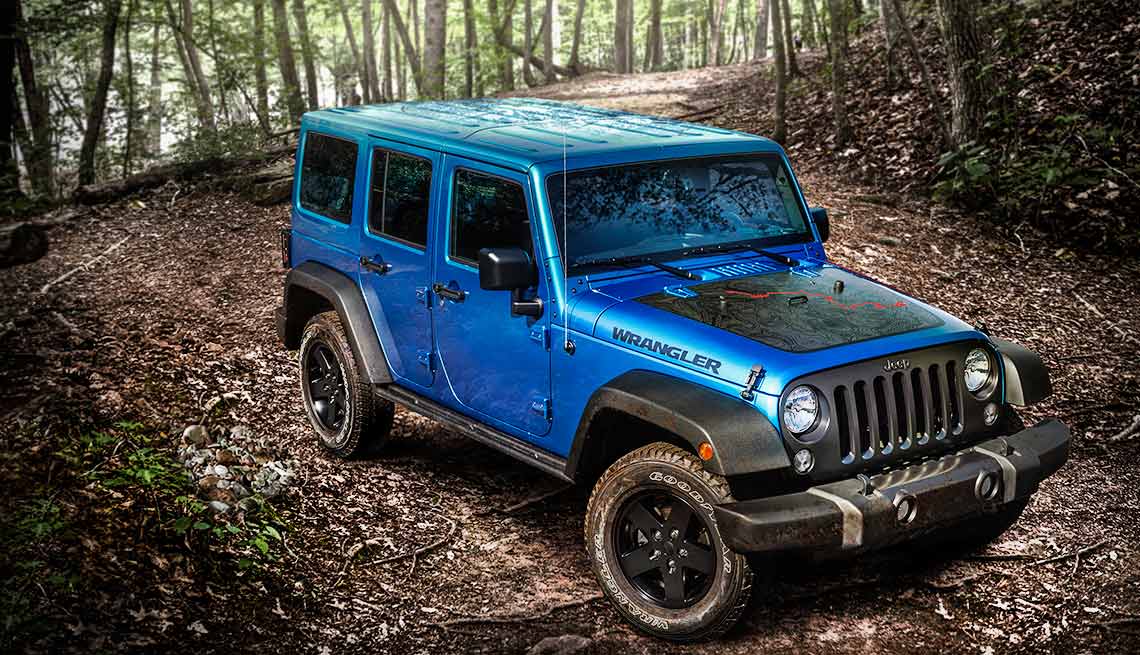 According to a ranking by Edmunds.com, the 2016 Jeep Wrangler is the cheapest car to insure.

En español | If cost of insurance is among your chief considerations when new car shopping, you'd be wise to consider a Jeep Wrangler. Not only is the Wrangler inexpensive to buy and to fix, it takes the top spot on an AARP-exclusive new list of cheapest cars to insure by car research and shopping site Edmunds.com.

Kudos in this category are nothing new for the Wrangler, which also topped 2015 cheapest-to-insure lists by Insure.com and Autobytel.

Source: Edmunds.com. Figures are first-year premiums for base model 2015 or 2016 vehicles. Premiums for high-end models could be more expensive.

But on Insure.com's list for 2016, which is based on rates from six major insurers in every state for more than 2,300 vehicle models, the Honda Odyssey minivan took first place, with the Wrangler slipping to a still-laudable fifth place.

"It's no surprise that a family vehicle such as a minivan has taken over the top spot," says Penny Gusner, consumer analyst for Insure.com, on the insurance-shopping company's website. "The Odyssey has a five-star crash rating from the National Highway Traffic Safety Administration and is relatively inexpensive to repair, and the driver carting around children tends to be more cautious than the person driving a muscle car."

Though the lists don't specifically rank costs for older drivers, "the same basic [vehicles], I believe, would be up there," Gusner says. "In general, car insurance rates tend to flatten out between age 40 [through] your 60s, then in your 70s start to be on the rise again."

"The year, make and model of your vehicle can have a profound impact on your insurance rate," says Edmunds.com senior analyst Danny Zhou. "All else being equal, new, expensive or sporty cars will cost more to insure than older, cheaper and more utilitarian vehicles." And cars with more exotic materials or sophisticated electronics can also hike up the insurance rates, Zhou says. Premiums also are affected by your ZIP code and whether you live in a rural or urban area.

Save money and time with the AARP Auto Buying Program

Your credit rating is another factor. It's among the "most important and statistically valid tools to predict the likelihood of a person filing a claim and the likely cost of that claim," says Loretta Worters, vice president at the Insurance Information Institute.

A statistical analysis by Kelley Blue Book's kbb.com auto research and shopping site shows why it's difficult to make generalizations about auto premiums. Large SUVs tend to be safer vehicles, so you'd expect them to be relatively cheaper to insure. However, they could drive up the cost of your liability premium — the premium that covers damage to other vehicles involved in an accident — because of their potential to inflict a greater amount of damage on other cars.

Watchdog group Consumer Federation of America stresses that comparison shopping is more important and — with a little bit of internet research — easier than ever.

Notably, customers who have been with the same insurance company for a long time might need to be the most diligent about comparison shopping. "Your insurer may be increasing your premium by far more than your loyalty discount, precisely because you have been so loyal," says J. Robert Hunter, director of insurance at CFA. "Insurance companies use personal consumer data and statistical models to measure how likely each customer is to shop around and how much of a price increase he or she will tolerate."