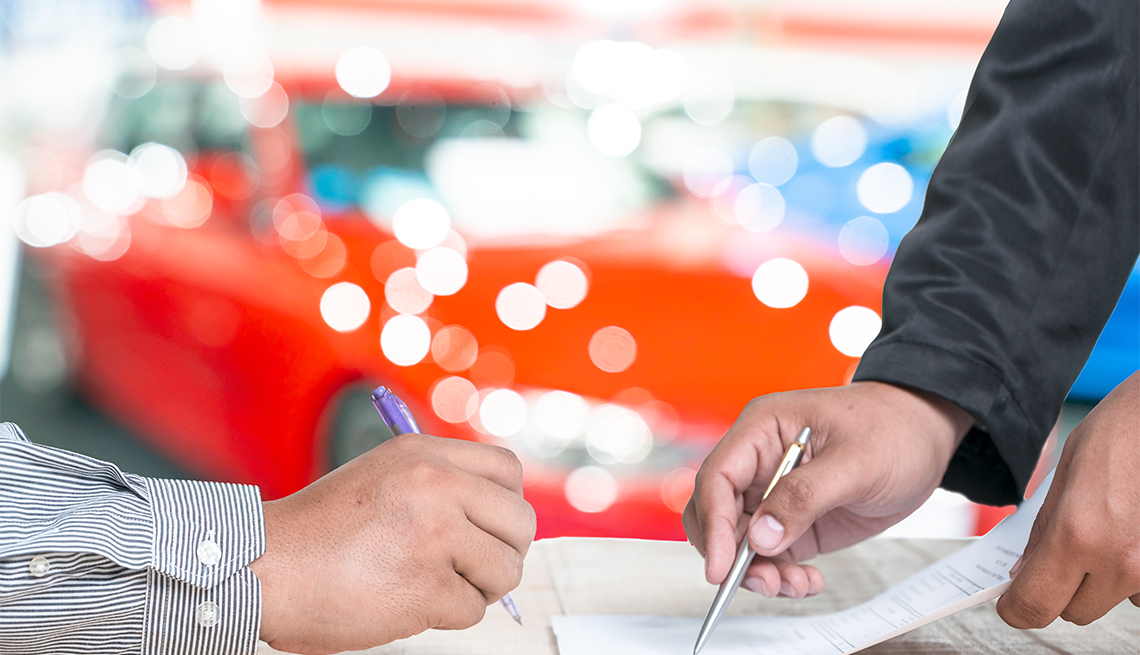 En español | We've walked you through what to consider when leasing a car.

Now, what happens when that lease is about to end or if you decide you need to bail out of the lease early?

First keep in mind, you have choices, each with its own procedures, expenses and challenges.

This works best if you are getting a new car from the same brand as the one you've been driving. A few months before your current lease ends, you might get what's called a “lease pull-ahead” offer, an incentive of some type to get you to lease another, says Ronald Montoya, senior consumer advice editor at auto researcher Edmunds.

In his case, Mazda offered him $1,000 credit toward a new deal if he leased another Mazda. He says he was free to use the amount to make the final lease payment or payments or to put against his lease turn-in fees, typically $400 or $500.

If you get such an offer and use it the very last month of your current lease, it might be enough to make the last payment as well as pay for any turn-in fees, Montoya says.

Most pull-aheads let you quit the lease and start anew two or three months early, CarsDirect.com says. In some cases, they even excuse you from excess mileage and excess wear-and-tear penalties if you're willing to sign up for a new lease of the same brand of vehicle.

Sometimes you can combine the pull-ahead with other incentives. You might get out of your lease three months early, avoiding an excess mileage fee that appears imminent, and have some incentive cash to use on your next deal, whether a lease or purchase.

But the total value of the pull-ahead might be limited, as in Montoya's $1,000 example.

Buy what you've been driving

You treated it well, and it hasn't been troublesome. Otherwise you wouldn't be thinking about buying it.

But what you would have to pay outright to drive away in the car you've grown to know could cost you more than buying a similar model sitting on used car lot.

Your lease paperwork will tell you what you would have to pay at the lease's end to buy your car. If it's an opaque formula, call the leasing company and ask.

About 1 of every 3 new vehicles in the past three years has been leased. Here were the most leased vehicles in the second quarter of 2019 and their share of the overall market.

Then check to see what the same car with similar miles in similar condition would cost on the open market.

"If you've taken very good care of it, it's low on miles and has good resale value, then a place like CarMax (a used-car dealership chain) is willing to be very good on its pricing,” Montoya says.

But don't be surprised if buying your car would be a bad deal. Automakers often subvent the lease, which can happen by inflating the lease-end value — the turn-in or residual value — as a way of reducing your lease payments and making the original lease deal more attractive.

It's an incentive, but without the fire-sale stigma of shouting, “$5,000 off!” in bold headlines or on TV ads.

Most leases are for three years, and a 3-year-old vehicle typically is worth not much more than half its new value. Your 3-year-old car could have depreciated just 42 percent, retaining 58 percent of its new value, according to Omni Calculator's car-depreciation calculator.

Or, if it's a fast-depreciating car, it could drop about 50 percent in three years, according to AutoGuide.com

You can get an idea of the car's value on the used-car sections at Edmunds.com, Kelley Blue Book's kbb.com, Cars.com, Truecar.com and other websites.

If the price you see in the lease paperwork is less than what you consistently find on the open market, maybe buying yours is a good deal. If yours is priced more than the market, not so good.

True, it's more trouble to shop the car lots, and you know less about how some random used car was treated, but in strict dollars and cents, it could be a better proposition.

Not literally: You can't park your leased vehicle at the dealership, leave the keys under the mat and bid farewell.

Until you sign the paperwork, get the car inspected for any damage the leasing company considers more than normal, pay for that excess damage and the turn-in fee, you're not out from under the car. But once that's all done, you can wander off, use your bike, take public transit, decide to use taxis or car-hailing services or tap friends or relatives for rides.

Keep in mind that you can get the inspection done yourself, using the inspector the leasing company specifies. And the inspector sometimes will come to your location, Montoya says.

If any excess damage is minimal, you might prefer to get it fixed on your own, have it inspected again and turn it in without fearing a damage charge.

Before you go carless, you'll have to know how much tolerance those friends and relatives have and how often you need to get from point “A” to faraway “B.” You may have to shell out a lot to hire a car to get you there.

But if it's temporary — maybe you want a new car soon but haven't made up your mind yet — the placeholder methods could work.

You love the color, the engine, the seats, but can't stand the styling or the sound system or how many recalls the maker seems to issue.

You decide you've made a mistake.

If you just quit paying, that's like defaulting on a loan. The leasing company can repossess the car, you can be assessed significant fees and your credit rating gets a serious thwacking.

Check with your leasing company and your state Department of Motor Vehicles to see if you can transfer the lease to someone else — perhaps a friend or relative, or a prospect you've found through social media or ads — and what the costs and the procedures would be.

The person taking over the lease will have to pass a credit check to get the OK. And you'll need to work with your insurance company to get the new person covered.

If that seems overwhelming, some websites can help, Montoya says.

If the lease that's ending is your first auto lease, you'll probably have traded in a vehicle, helping to keep your lease payments low. Now, you have no trade-in, and you'll be asked for the equivalent of a down payment – a “drive-off” fee.

And as you're on the threshold of ending your lease, pause a bit, Montoya says.

"I ask people to be honest about themselves,” and make sure they really want another lease, he says. “Look at how long you keep cars.

"If you keep cars for 10 years, buy it. That's the most financially savvy,” Montoya says. “If you switch cars every few years, lease."