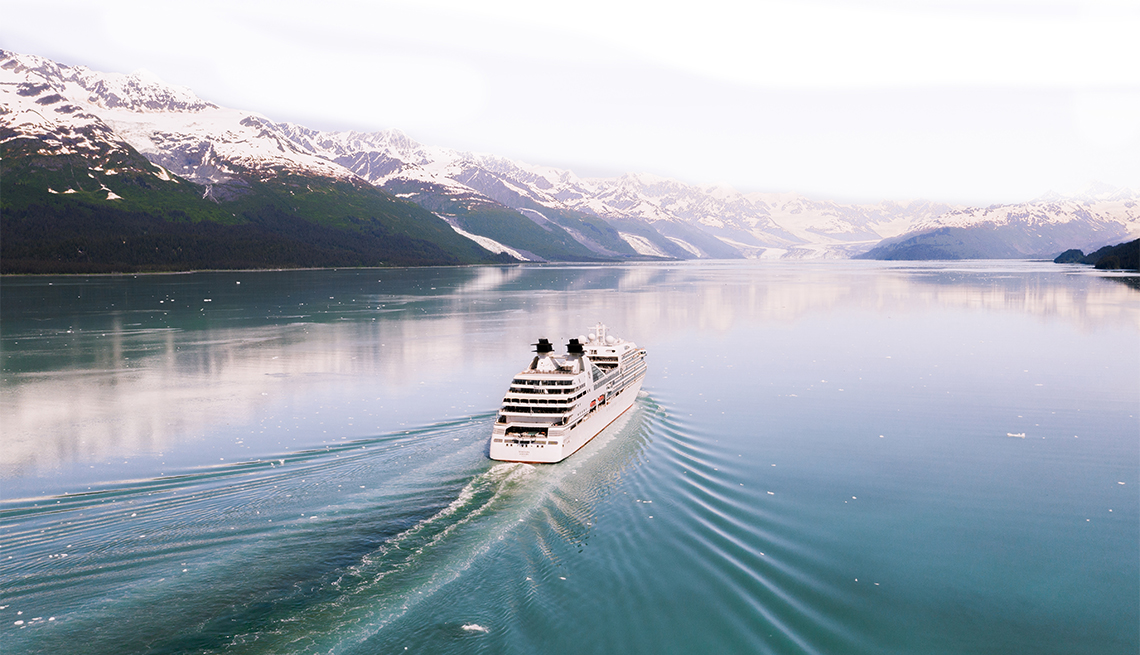 The bucket list appeal of an Alaska cruise is as clear as the state's pristine glacial waters: You can admire rugged, unspoiled scenery; cover vast distances without being trapped in a car (Alaska is about 2 1/2 times as large as Texas); and, if you're lucky, experience one-of-a-kind moments in hard-to-access places.

"We sailed right up to the glaciers and heard the thunder as they were cracking and crashing into the water,” says Andy Gibson, 50, an IT consultant in Fairfax, Virginia, who traveled with Royal Caribbean in Alaska and has also cruised in the Caribbean and Hawaii. He calls it “the coolest cruise experience I've ever had. It's like you're watching a nature documentary, but it's real life."

These trips are also a big draw for multigenerational family groups. What kid wouldn't want to see orcas and towering glaciers?

For most Alaska travelers, the Inside Passage is the most popular route. Weaving among the islands of the narrow southeastern strip of the state, the voyage offers intimate views of glaciers, islands and fjords, with stops in towns such as Juneau, Ketchikan and Skagway. Other routes take guests along more of the Gulf of Alaska, but you'll still typically sail through the passage. Inside Passage cruises frequently go round trip from Seattle or Vancouver, British Columbia; the latter is the port of choice for luxury lines.

These are some top-rated options (note that prices are subject to change): 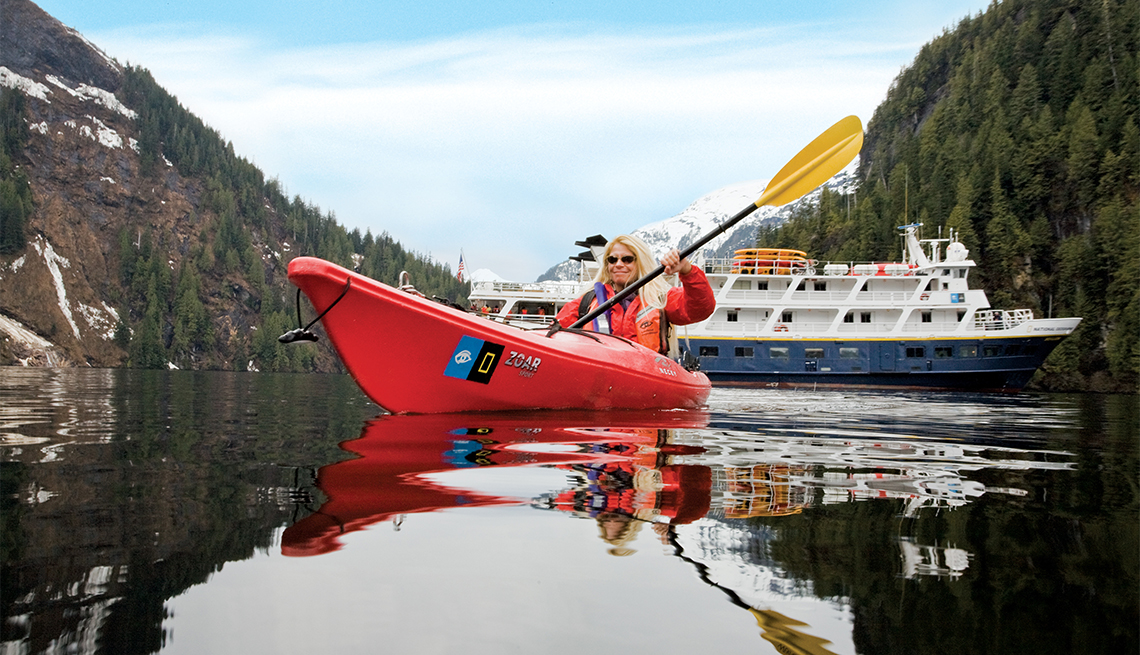 You can find smaller ships than the 50-cabin Venture, which was launched in 2018, but its cabins are larger than those of the cruise line's other coastal vessels. Plus, the Venture can get to the same remote areas that many of the littler boats can access. It also allows you to hike, bike and kayak through Alaska's wilderness.

The trip starts in Juneau and ends in Sitka, and in between you'll explore destinations such as the Tracy Arm-Fords Terror Wilderness, where you'll see glaciers, waterfalls and icebergs; Petersburg, a small fishing town and location for a Dungeness crab feast; and the Inian Islands, home to sea lions, sea otters and bald eagles. 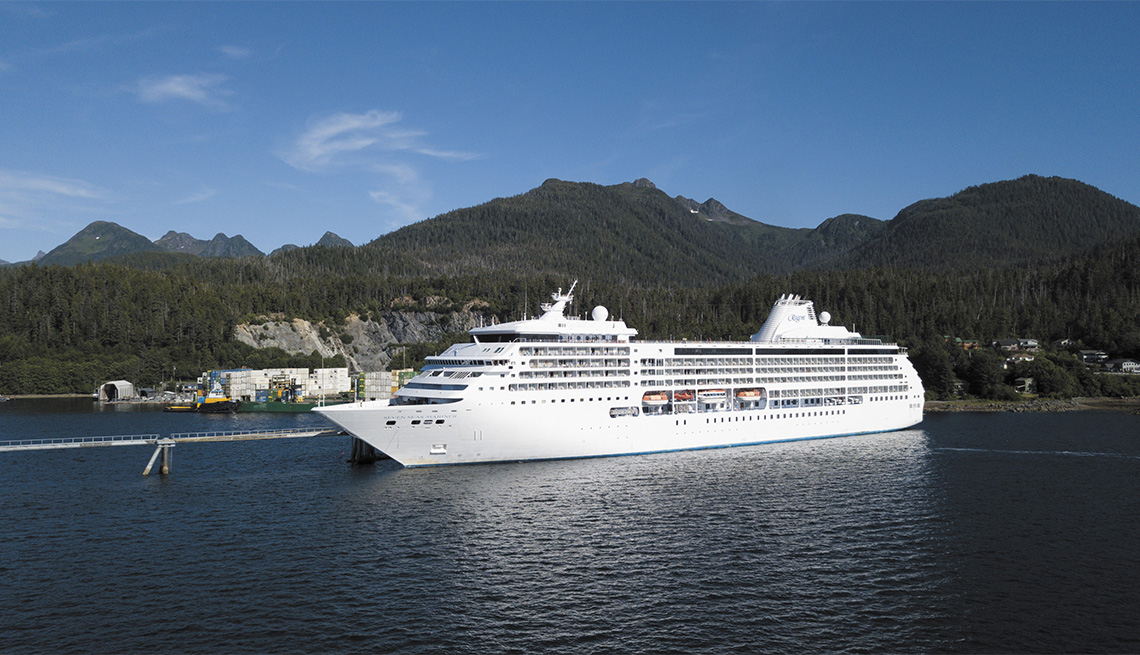 This all-inclusive journey on Explorer — each of its staterooms is a suite — features nearly 500 chandeliers and 2,500 pieces of art, including Picassos. To relax, you can take a cooking class at the Culinary Arts Kitchen (with 18 cooking stations) or play board games or bridge in the Card Room. You'll dine at restaurants such as the Asian Pacific Rim or Parisian Chartreuse.

The Vancouver-to-Seward cruise includes a visit to Hubbard Glacier, the Icy Strait and more. Explorer will be sailing Alaska in 2021; for this year, Regent's Alaska cruises are aboard the 700-passenger Mariner, which underwent a multimillion-dollar refurbishment in 2018 and includes many of the same features as the Explorer.

Note that the 2-for-1 fare mentioned above includes most round-trip airfares, all shore excursions, a pre-cruise hotel night and unlimited beverages. 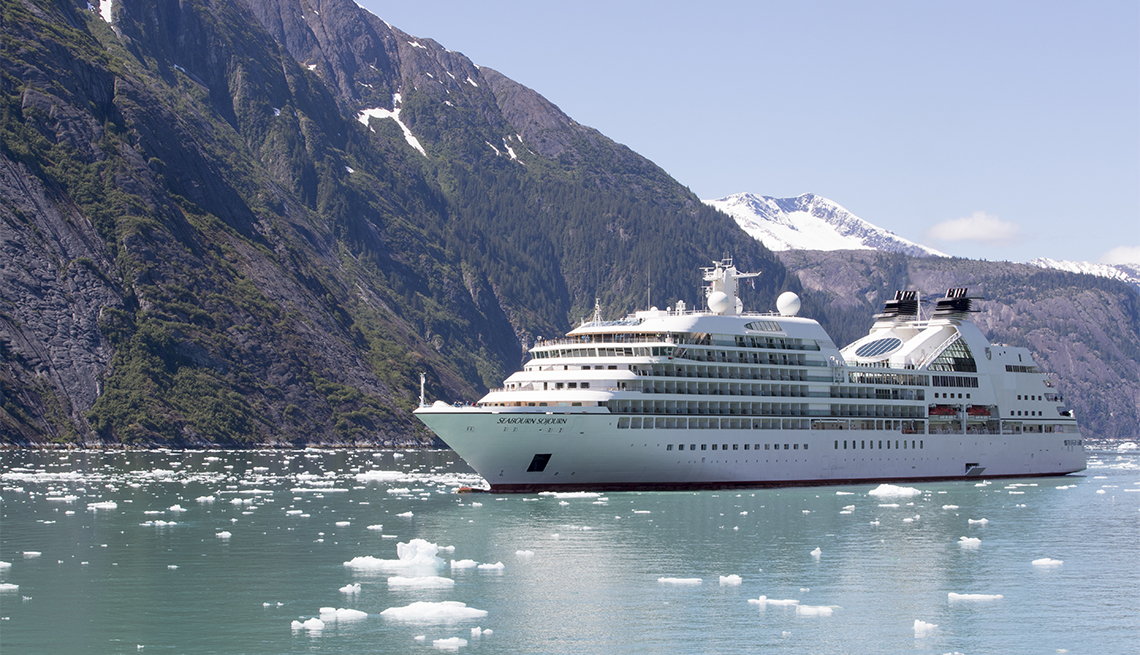 This Seward-to-Vancouver cruise takes you from the Kenai Peninsula to stops at Hubbard Glacier and Sitka, plus less-visited spots such as Wrangell and British Columbia's Alert Bay. You'll also sail through Stephens Passage (known for sea lion and bear sightings) and, later, through Princess Royal Channel, where you might see whales, orcas and dolphins. Sojourn has 229 staterooms — all of them ocean-view suites — as well as a fitness center and restaurants such as Sushi and, for classic American fare, the Grill by Thomas Keller.

The selling point for this cruise, though, is the 14 experienced team members on board who can tell you about the natural wonders, culture and wildlife along the way, and lead guided hikes or excursions on kayaks and inflatable boats.

The fare includes all the basics, along with perks such as premium spirits and some yoga classes, but you'll pay extra for shore excursions and your flight to Alaska. 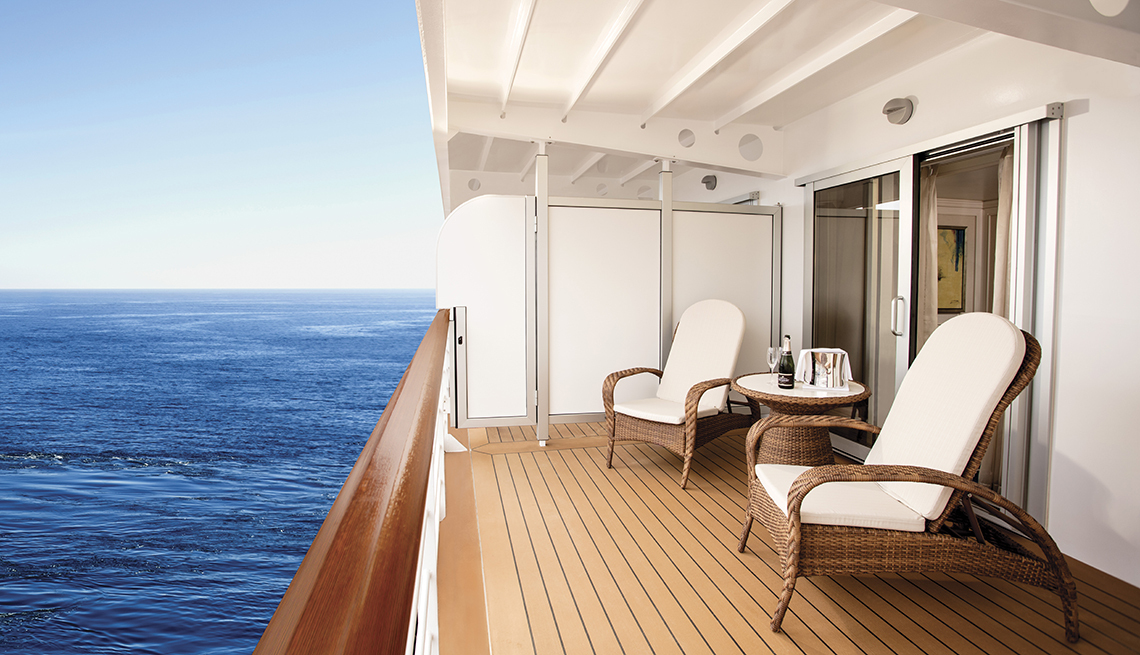 A concierge-suite balcony on the luxury ship Seven Seas Explorer.

Ken Budd is a Washington, D.C.-based journalist and the author of The Voluntourist.