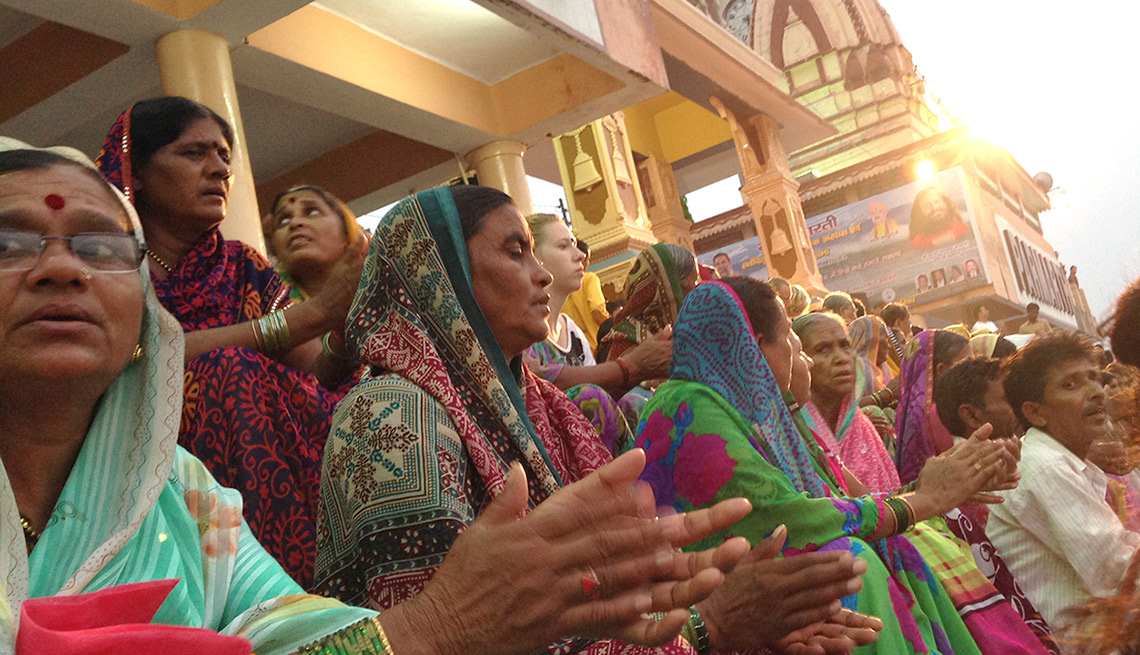 While in India, Andrea Jarrell reawakend her brave and daring side.

When my mother was 4 years old and living in Oklahoma, she heard a radio broadcast about Europe. From that moment on, she wanted to see the world. Years later, by the time I was in high school, she and I had been all over the Continent, cruised the Greek islands and sailed up the Nile.

How had my mother — single and on her own with me — summoned such boldness? I loved her for it. But as I grew into my own more traditional family-of-four path, I felt somehow I'd let her down.

Then, at my 30th college reunion, a friend complimented me on my dedication to yoga. As if daring myself, I blurted, "Maybe I'll even go to India to deepen my practice." Less than a month later, one of my yoga teachers announced she was leading a two-week yatra, or pilgrimage, to Rishikesh, a holy city in the foothills of the Himalayas.

The Western seeker of Eastern enlightenment is a well-known cliché. No doubt the desire for an inner wake-up call compels many people to make the journey. But I am suspicious of Eat, Pray, Lovemetamorphoses. I've come to believe that lightning strikes of awareness are exclamation points on years of work.

As I prepared for the trip, I braced myself for that old fear I'd had as a girl traveling to a new country with my mother — a combination of worry for our safety and embarrassment over appearing awkward or unsure of the customs. But after traveling for nearly a day and a half, as I waded happily with my 10 fellow yoginis into the Ganges to offer small, illuminated flower baskets — prayers, or pujas — to the sacred river in the first of our aarti ceremonies, I felt none of that. On the other side of the world from my family, I cast about for pangs of homesickness but found myself content as I watched the cold green-gray water swirling at my feet 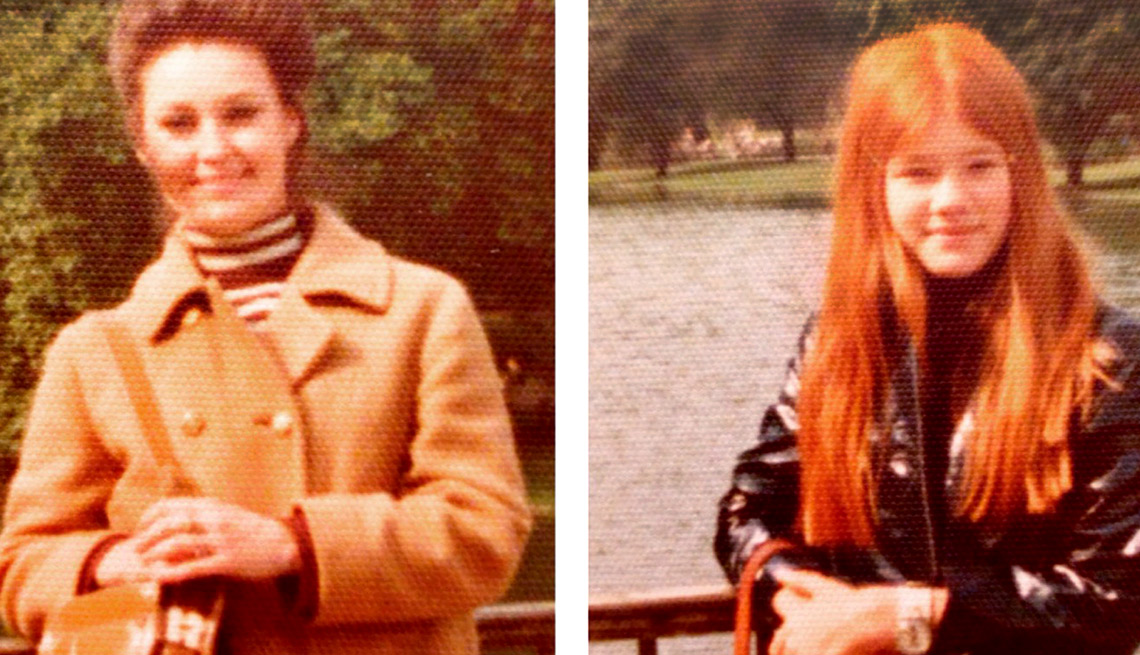 Jarrell, at right, first saw the world with her mother. In India, she found she could go it alone.

We settled into Rishikesh with daily yoga, side trips to temples and white-water rafting on the Ganges. On our sixth day, we hiked into the Himalayas — to the lush green hills I'd been eyeing from my hotel balcony. When we reached the Garud Chatti waterfall, one young woman immediately waded into the clear, cold pool and moved toward the rushing white spray, her dark hair fanning out like that of the goddess in Botticelli's "Birth of Venus."

I hesitated as others followed her. Was I going to sit back and watch, ever the girl on the outside of the double Dutch rope, afraid to jump in? No. It's all on video, my moment of immersion. As my face slips under, I gasp — then emerge, hair slicked back, beaming. It looks like an easy baptism. Yet this plunge had been years in the making.

For many pilgrims, the journey is not discovering one's faith but honoring it. If I'd inherited from my mother any belief at all, it was that one must go bravely into the world. The most life-altering part of my trip wasn't the yoga or the potential for enlightenment; it was finally finding myself at home in a strange land. That's what I'd been raised to do. As a friend said, after seeing my photo on the Himalayan trail, "You are your mother's daughter."

Andrea Jarrell writes about love, sex and family, and is at work on a memoir.