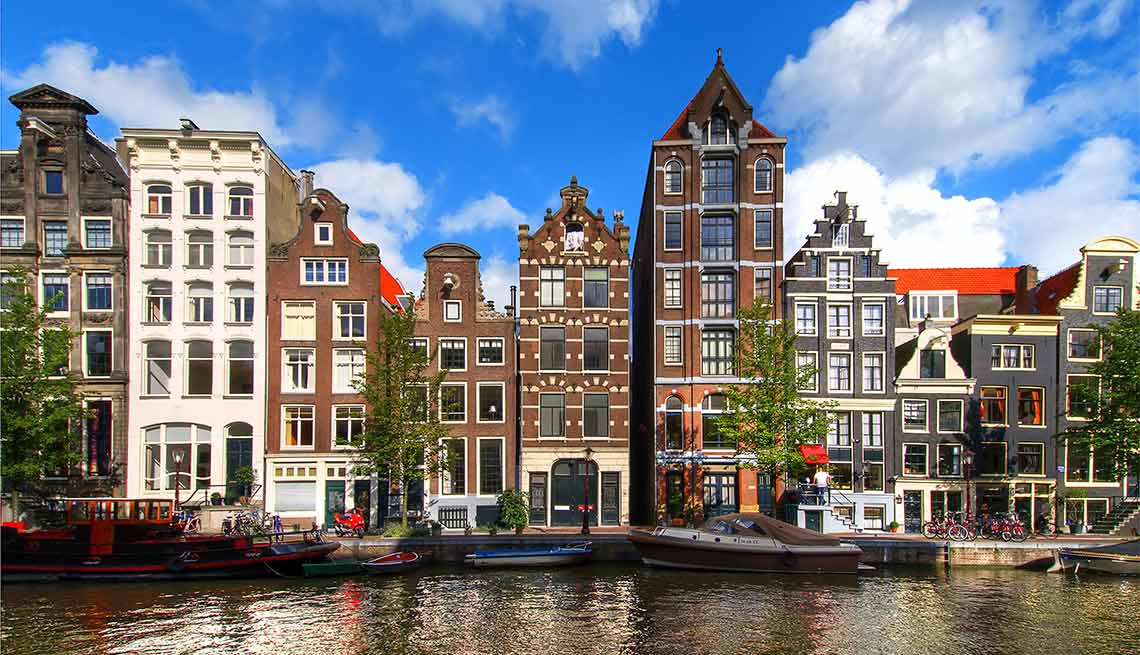 The Herengracht Canal is a must-visit attraction when in Amsterdam.

A quick trip to an unfamiliar city can be bewildering. But some cities are perfect for a short stay, and Amsterdam is my current nomination. You can find your way around easily and walk everywhere. Here's my list of must-dos for a totally satisfying two- or three-day visit.

1. Start by being a tourist, and cruise the canals.

Hop on a boat in the city center for a one-hour introductory tour (about $20) of this capital that was built on mud and water. Our fun and informal guide spent extra time with us sharing the city's history and describing the unique roofs on the tall, narrow and still-elegant townhouses that line the canals. These structures were built in the 17th century for prosperous merchants when the city, which established the first stock exchange, was the richest in the world.

Each day, starting in Dam Square, Sandemans offers a three-hour walking tour. You'll be led by an amiable and well-informed young man or woman who will make sure you see everything from the oldest church to the many marijuana-dispensing coffeehouses and, of course, the famous red-light district. Tips are accepted at the end of the tour. What an amazing bargain.

3. Give lots of time to the museums.

Two great ones (the Rijksmuseum and the Van Gogh Museum — buy tickets online ahead of time) are close together in an area called the Museumplein. I spent five hours in the Rijksmuseum, which has the best collection anywhere of the Dutch masters: Rembrandt, Hals, Steen and Vermeer. The works by Rembrandt — from his earliest self-portrait as an up-and-coming artist to the one showing him wrinkled and battered by misfortune — are magnificent. The nearby Van Gogh Museum displays 200 of the artist's exuberant works, and through them tells the story of Van Gogh's short, difficult life.

The longest lines of all are here. I was amazed to see so many teens waiting to go in. Some had read Frank's diary in school; others had read "The Fault in Our Stars" (or seen the 2014 movie), about two teens battling cancer who travel to Amsterdam and visit the house. People of all ages will be moved when they see the small attic where the family hid from the Nazis for almost two years before being discovered. Anne died in the Bergen-Belsen concentration camp, but her father, Otto Frank, was liberated from Auschwitz and was given Anne's diary by a Dutch citizen named Miep Gies, who had helped the family hide. Visitors can watch a video in which Anne's father speaks about how it wasn't until after Anne's death that he learned of the ideas and feelings she described in her journal — which has become an international best-seller that has moved millions.

There are more than 1,000 eateries in Amsterdam, from outdoor stands serving waffles or Flemish fries with mayonnaise sauce to elegant restaurants. One fun thing I did was go to a "wine tea" (perfect for a late lunch or early supper) in an outdoor garden at the charming Michelin one-star restaurant in the Dylan Hotel. I tasted four courses prepared by the chef and paired with appropriate wines. There is also chocolate aplenty around the city, including chocolate tulips. Now what could be a better take-home gift than that?