​An Insider’s Guide to Los Angeles on a Budget 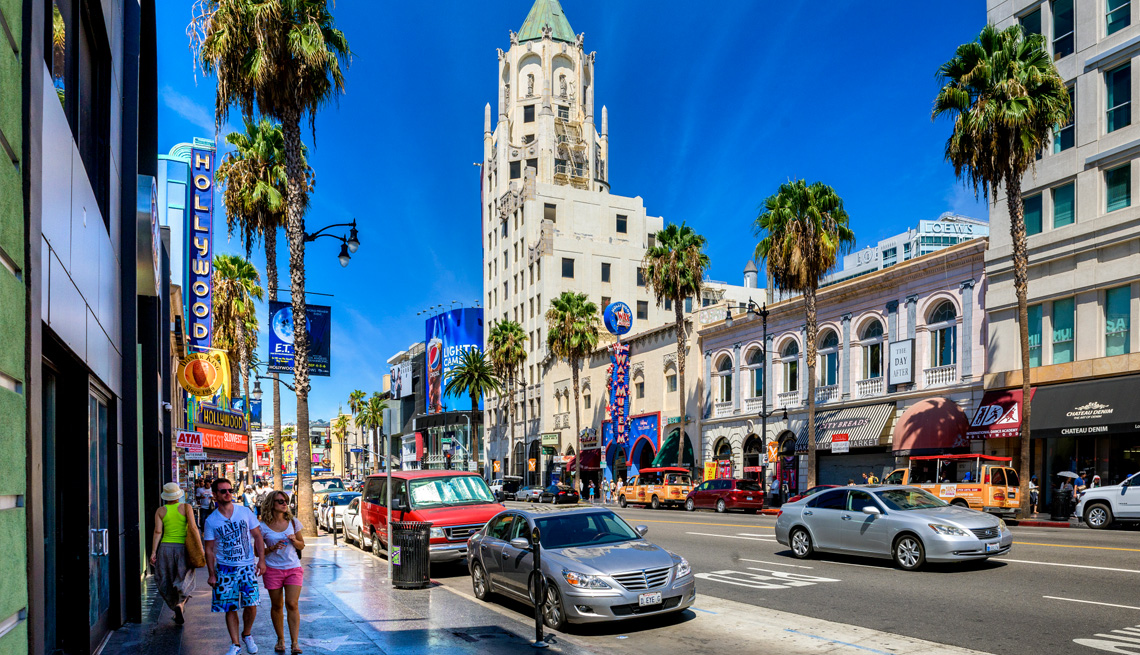 One of the most vibrant and diverse cultural capitals of the world, Los Angeles is more than just a city. In fact, there are 88 cities in L.A. County alone, representing an amazing diversity of cultures, styles, economics, climates and diversions — many overlapping in the sprawl that makes up the L.A. of public imagination. To experience it well (and affordably) requires savvy planning and a good map. ​

Having a car is ideal, even if it means navigating the area’s famously clogged roadways. But if you don’t want to spring for a rental (or don’t drive), L.A. has a widespread light-rail system that is accessible for wheelchair users and connects with myriad buses. Between that and judicious use of ride-hailing services such as Uber and Lyft, you’ll be able to reach many key spots without breaking your budget. 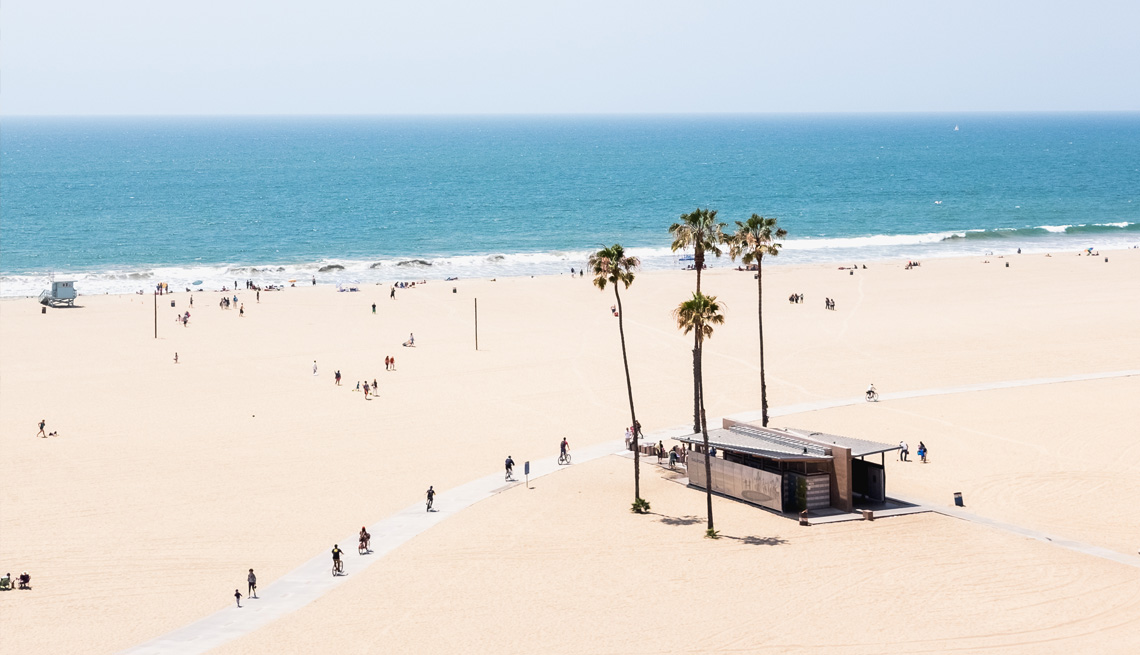 ​​Note: Due to the pandemic, museums and other venues mentioned here may require advance online ticketing, masks and/or proof of COVID-19 vaccination. Be sure to check current rules before visiting.​

If you like to walk, strolling through L.A.’s neighborhoods is a fantastic way to get a taste of different parts of the city. Manhattan Beach offers one of my favorite shoreline walks, but lots of first-time visitors seek out the wilder scene at Venice Beach, with its drum circles, fortune-tellers and many flavors of California eccentricity. When you’ve had enough, head north; once the roller skates are replaced by baby carriages, you’re in the more serene Santa Monica.

The original Getty Villa (17985 Pacific Coast Highway), featuring the art collection of oil-industry magnate J. Paul Getty, shows off classical Greek and Roman antiquities in a re-created Roman country home, with a garden and reflecting pool. About 14 miles away, off the 405 Freeway, the main Getty Center complex houses the museum’s European and American art collections, but the stunning architecture, grounds and 360-degree views are reason enough to visit. Both museums are free, although you still need to reserve timed-entry tickets online — and parking is $20.

In the Mid-Wilshire neighborhood called Museum Row, near Beverly Hills, the impressive Los Angeles Country Museum of Art (LACMA) is the largest art museum in the western U.S., showcasing more than 147,000 works from around the world. Check out its famous sculpture installation Urban Light, composed of 202 vintage streetlamps. Timed-entry tickets are released online on the last Thursday of the month: $25 for adults; $16 for adults 65 and up.

Around the corner, the 100,000-square-foot Petersen Automotive Museum (6060 Wilshire Blvd.) provides an apt tribute to L.A.’s car culture, and earned me high marks when I took my visiting nephew. Buy timed-entry tickets online: $17 for adults 61 and younger, $15 for those 62 and up.

Nearby, the La Brea Tar Pits (5801 Wilshire Blvd.) are a living reminder of California’s prehistoric origins, complete with actual tar bubbling from the ground — so don’t wear your best shoes. The outdoor spaces are free, but it’s worth paying the $15 admission ($12 for adults 62 and up) to see fossils of saber-toothed cats and mammoths from Ice Age L.A. Buy timed-entry tickets online.

New to the neighborhood is the Academy Museum of Motion Pictures (6067 Wilshire Blvd.), a shrine to the art form housed in an old landmark building totally revamped by famed Italian architect Renzo Piano. You can see one of the five pairs of ruby slippers Judy Garland wore in The Wizard of Oz, the tablets from The Ten Commandments and more. Buy timed-entry tickets online: $25 for adults 61 and younger, $19 for those 62 and up.

At some point during your trip, of course, you’ll also want to cruise Hollywood Boulevard to see the Walk of Fame stars and the historic TCL (formerly Grauman’s) Chinese Theatre.

Three or four miles to the south of Museum Row, near my own home base of Culver City, lies the uniquely bizarre Museum of Jurassic Technology, where trying to guess which exhibits are utterly invented or merely odd is part of the fun. While you’re there, it’s worth climbing a few extra stairs to get a cup of complimentary tea from the large samovar in the Tula Tea Room. Enjoy it in the rooftop garden, which is easy to miss if you don’t know to look for it. Buy timed-entry tickets online: $12 for adults 61 and younger, $10 for those 62 and up. Open Thursday through Sunday.

There’s plenty more here, if you like gardens. Check out the gorgeous 120-acre Huntington Botanical Gardens in San Marino, which boasts 15,000 species, from delicate bonsai to gigantic eucalyptus. It’s pricey, but admission is free the first Thursday of the month, if you can get a ticket. Buy timed-entry tickets online: On weekends it’s $29 for adults 64 and younger, $24 for adults 65 and up; tickets are a few dollars less on weekdays. 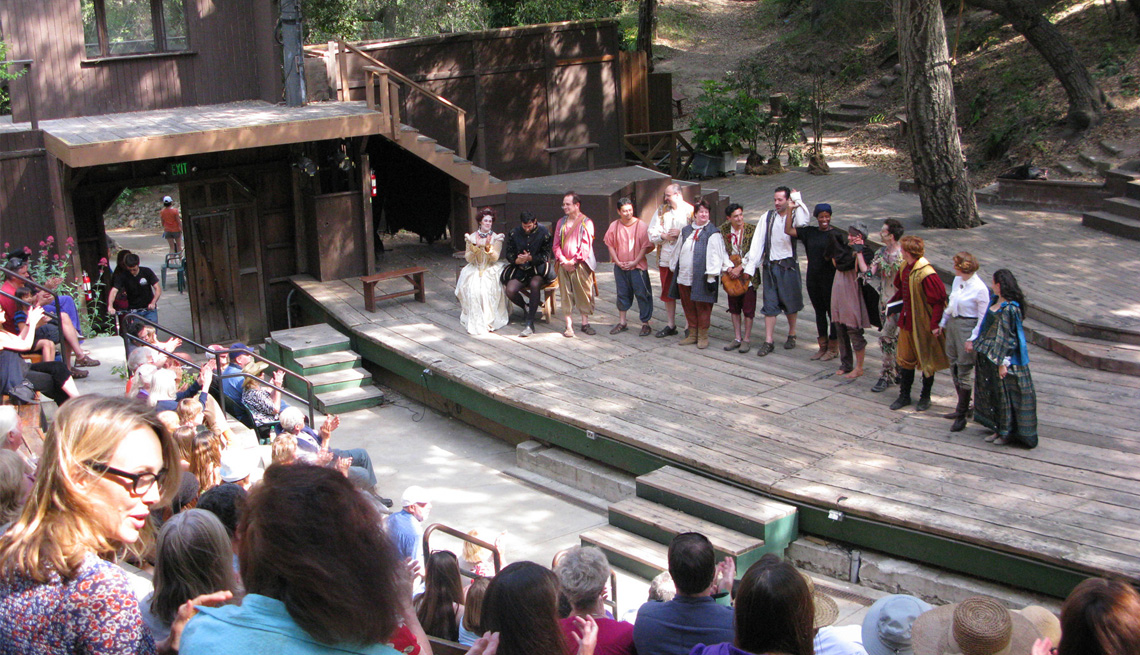 Enjoy the Bard. In the summer, you can catch Shakespeare performed at Will Geer’s Theatricum Botanicum (1419 N. Topanga Canyon Blvd.). General seating: $26 for adults; $15 for those 62 and older.

Visit the Rose Bowl Flea Market in Pasadena. If your trip is timed right, you can catch this awesome flea market, held the second Sunday of each month. Its 2,500 vendors sell crafts, vintage clothing, antiques and pretty much anything else you can imagine. Cash-only admission: $10 to $20.

Watch a TV show taping. Catch some of your favorite celebs live by joining a studio audience for programs such as The Ellen DeGeneres Show at Warner Bros. Studios in Burbank (see calendar online). It’s free, but bear in mind that some shows book up months in advance. Others, including Wheel of Fortune, aren’t taping in front of a live audience due to the pandemic.

See SoFi. If the Super Bowl inspired you, tours of SoFi Stadium start at $30.

Airbnb rentals are available for less than $100 a night, though it may be worth paying more to stay near a Metro station. I’m biased, but I think Culver City, where I live, is a wonderful home base for visitors, as are Silver Lake and Larchmont Village (both closer to Hollywood).

Or, with a little effort, you can find nice, moderately priced hotels, such as Mayumi (5630 Sawtelle Blvd.), a boutique property on the edge of Culver City. Rates start at around $200 but vary during the year. There’s also the BLVD Hotel & Suites (2010 N. Highland Ave.) in Hollywood, where I found a mid-March rate of $179. The Hoxton Downtown LA, (1060 S. Broadway) has a rooftop pool and small but stylish rooms that start at about $200. 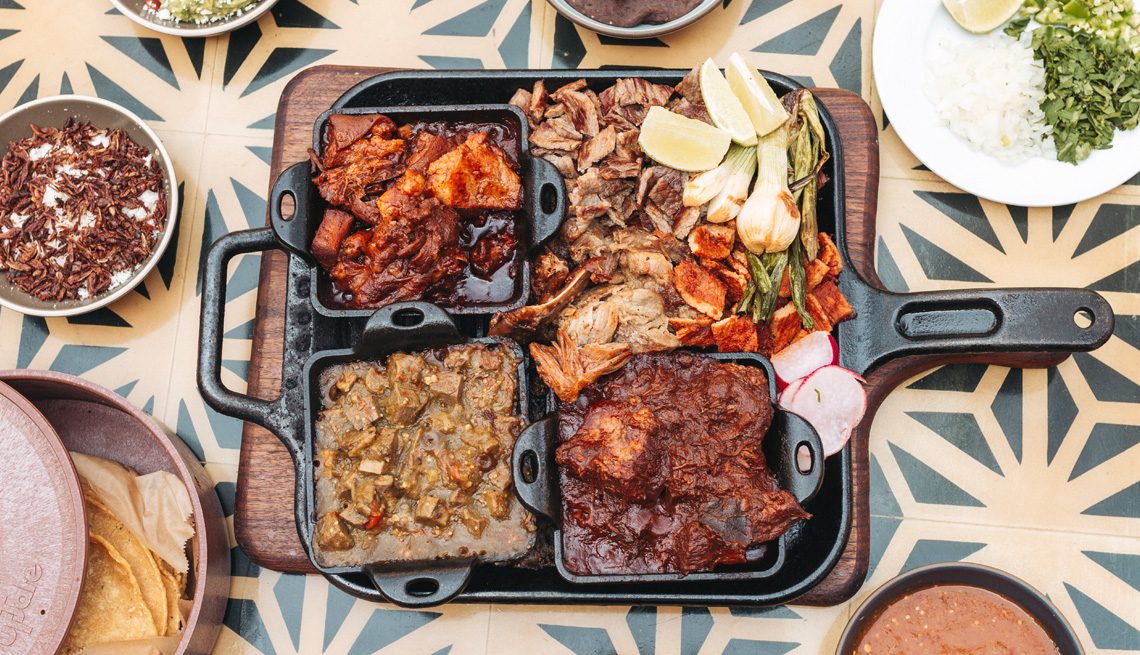 L.A.’s dining options are vast — and include plenty of trendy places that charge jaw-dropping prices for their elaborate dishes. You could actually spend your entire vacation budget on a single meal at the trippy Vespertine, a concept restaurant where dinner is “an immersive, multi-sensory event.” Fortunately, the metro area is also home to hundreds of affordable family-run eateries.

A few of my favorites:

Madre! (10426 National Blvd., plus other locations). OK, this one’s not exactly a budget option if you order its main dishes, but if you choose carefully, you can get away with $25 for a fantastic dinner. Try the carnitas or carne asada tacos with handmade corn tortillas (about $7 each), for instance, or a tamal de mole (banana-leaf-wrapped tamal with chicken and mole negro, for $12). The bar menu is even more affordable, and you can pair your food with a mezcal cocktail.

If you have a kitchen and want to eat in or do your own cooking, there are loads of farmers’ markets that show off the bounty of SoCal’s extra-long growing season. The Original Farmers Market (6333 W. 3rd St.), near the CBS studio, is open daily and boasts tantalizing selections from both prepared-food and produce vendors. The same is true of downtown’s Grand Central Market (317 S. Broadway), where my favorite purveyor of local flavor, Valeria’s, will let you taste from its wide selection of dried chiles. 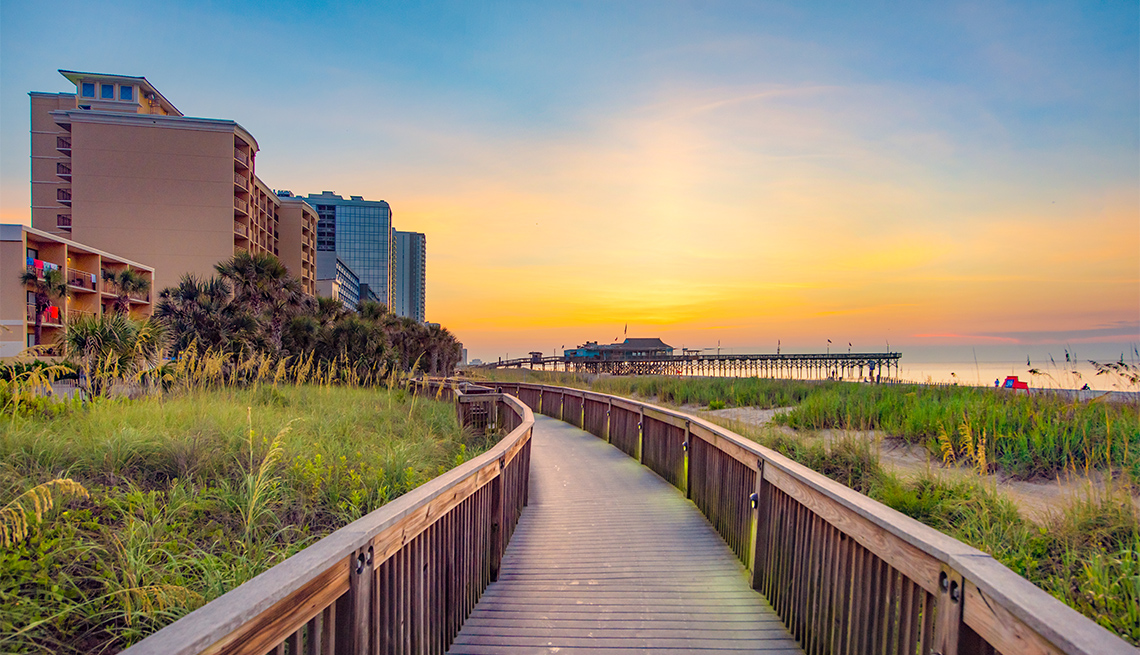 ​Where to travel next — for golf, beaches or city fun — for different budgets​ 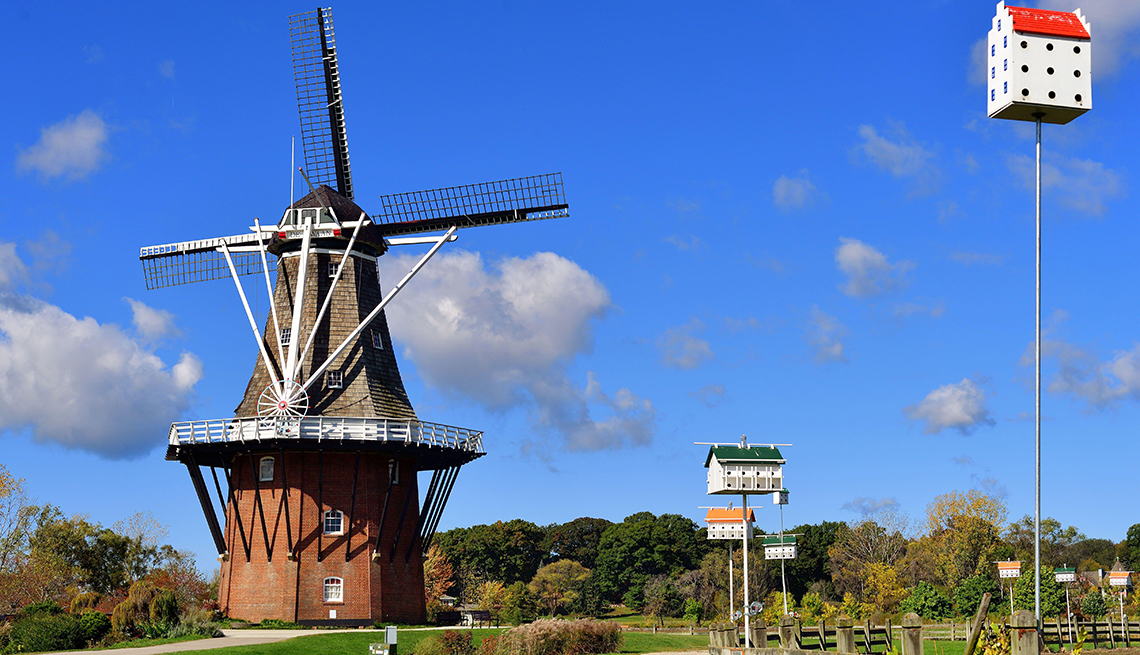 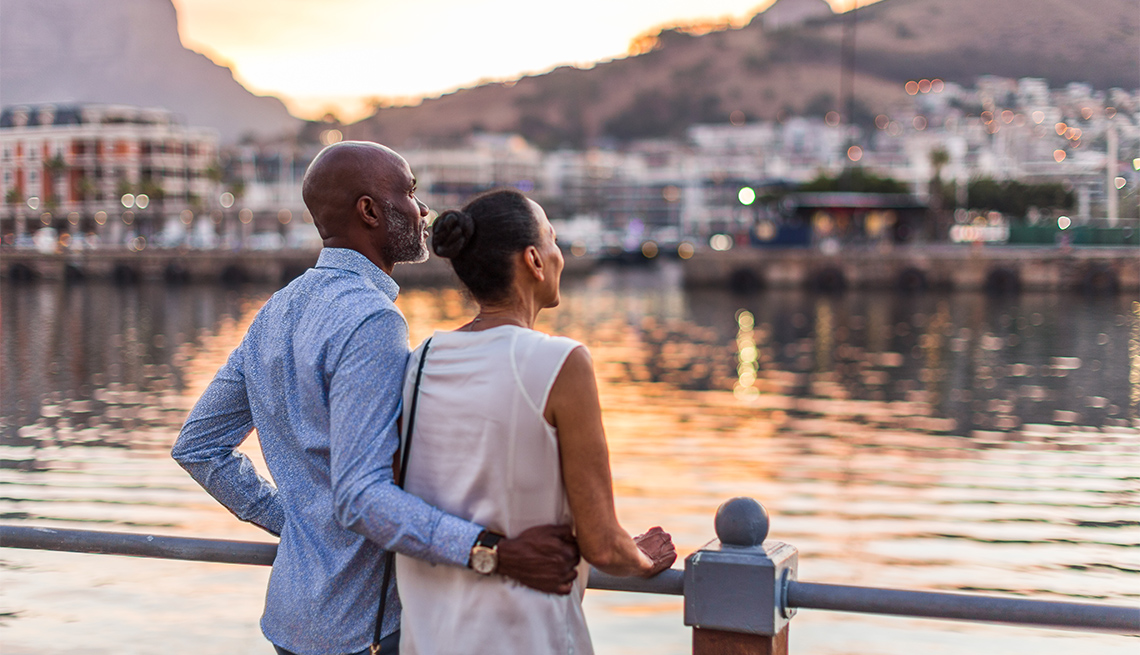 ​Why You Should Consider Slow Travel for Your Next Trip​