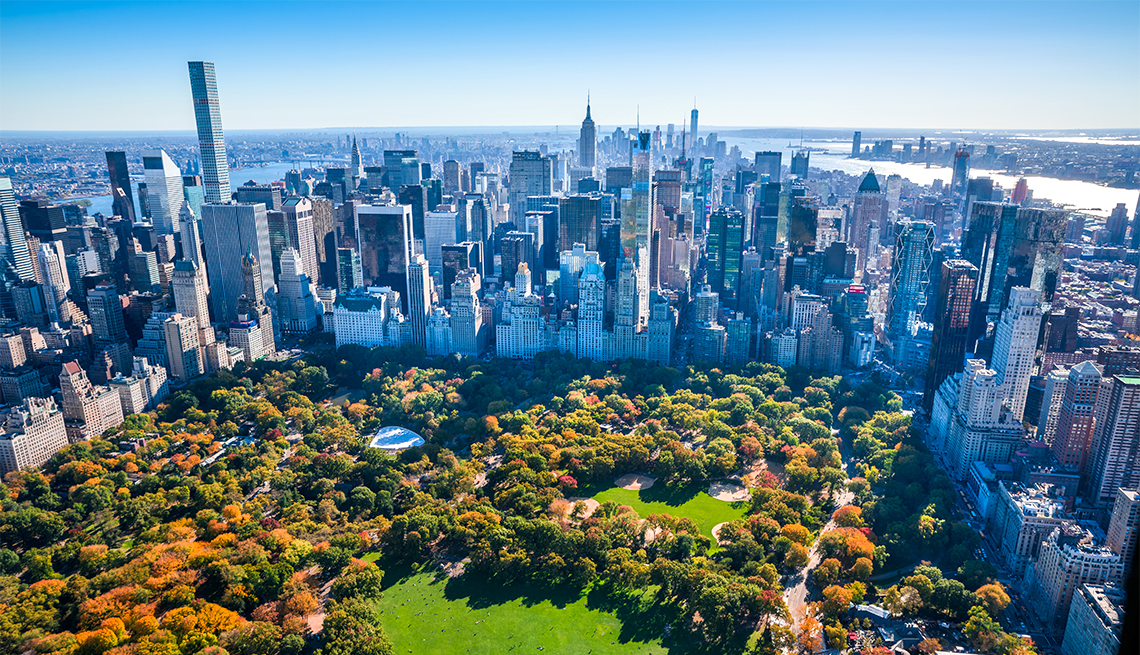 It’s frenetic, noisy and in your face, yet New York City remains one of the most enthralling places on the planet. “The city that never sleeps” has a 24-hour subway, all-night diners, a vibrant nightlife that stretches nearly to dawn and relentless energy. New York is not only the largest city

in the country, at 8.5 million people, but also the most densely populated, filled with theaters, clubs, bars, restaurants and jam-packed streets. A swaggering trendsetter and tastemaker, it’s a world hub for finance and culture, fashion and food, entertainment and media. It gives fresh meaning to the term “melting pot” thanks to its rich stew of immigrant cultures, with some 800 languages spoken.

We’ll focus on the island of Manhattan, the showiest of the city’s five boroughs, though the Bronx, Brooklyn, Queens and Staten Island all have attractions too. Want to know where to eat in a variety of ethnic neighborhoods, how to navigate one of the world’s largest subway systems and how to score a ticket for a coveted Broadway show? We’ve got you covered.