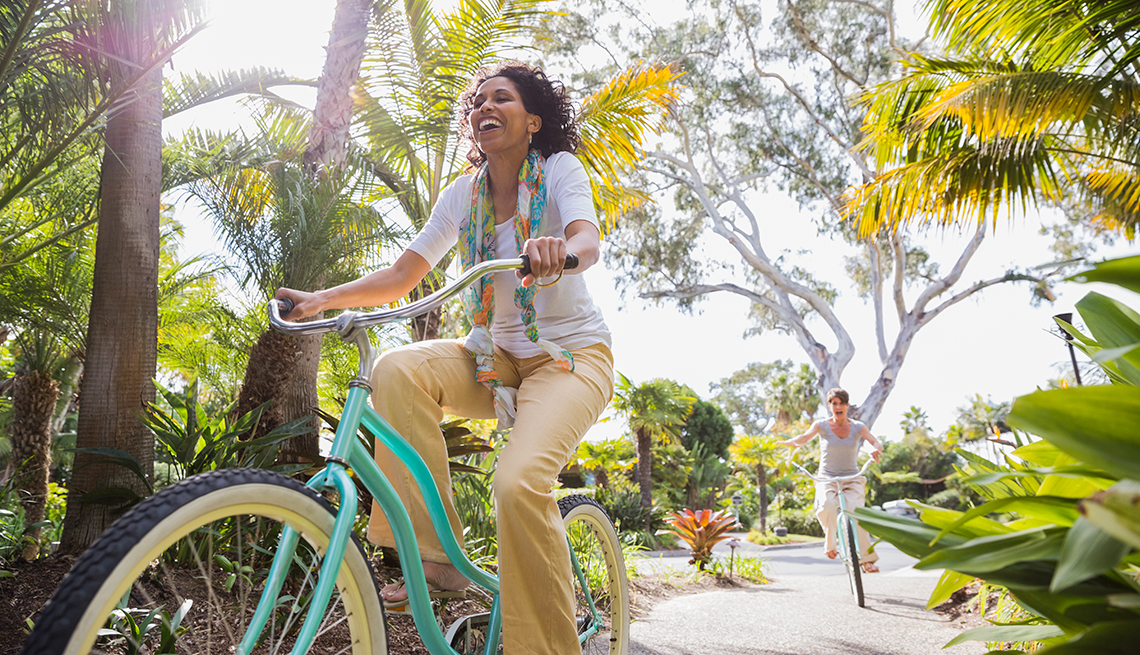 Experts say budget and lifestyle adjustments can help you shape retirement before it officially starts.

Been dreaming of walking away from the daily grind? Financial planners are increasingly recommending you rethink taking the plunge and instead map out a transitional phase.

“Retirement doesn’t have to be all or nothing, and it’s important people don’t think of it as jumping off a cliff,” says Cheryl Sherrard, a financial planner in Charlotte, N.C. “We need to change the conversation to be about reinventing or re-envisioning yourself.”

Even for those who are pretty certain their future happiness lies in never punching a clock again, financial advisers say a phased-in approach — through something like part-time work or six months of living on a scaled-down budget — can be key to ironing out kinks you might not foresee when retirement is planned only on paper. “Practicing” your next chapter can let you transition with greater security and confidence — or decide you’ll wait a little longer to do so.

Living the budget (Next up: the dream)

At least one year before retirement (but ideally about five years prior), financial planner Patrick Runyen of Wayne, Pa., advises clients to have their paychecks sent directly to a brokerage account. Then, instead of living on their income, they receive a “portfolio paycheck” every month from their retirement assets — just as they would in real retirement. If that fixed amount doesn’t feel like enough, they might decide to work longer, or part time, Runyen notes.

This budgeting dress rehearsal can also be just the cushion some people need to get used to drawing down savings. “The real issue is getting comfortable with spending what has been saved up — people are often tentative to do that,” Runyen says.

The exercise might also tell you that living on less won’t be as hard as you think — or so discovered two clients of  Chicago financial planner Cicily Maton. While their retirement budget was significantly less than they had been living on, this couple found it was relatively easy to get by: “They came back and said, ‘This was so helpful!’ and they had much more confidence they could retire and make it work.” In the meantime, the pair boosted their nest egg by setting aside the difference in pre- and post-retirement income.

The point, Maton says, is not that it might be a cinch for you to live on 80 percent of your current income (the rough percentage experts say you should estimate for a retirement budget) but that each person is different, and any proposed budget can feel more or less comfortable when you’re actually living it.

The first day of the rest of your retirement

Ideally, says Sherrard, you could try out new options on a sabbatical or leave of absence from your job. More realistically, you could consider going part time or taking as much vacation as you can in a single year to pursue your interests a bit at a time.

Once free of the grind — temporarily — try to settle into life as you would live it long term in retirement (that is, don’t run off on vacation; rather, establish a new daily routine).

You may get a sense, fairly quickly, of how much of your day golfing actually consumes, or how available your buddies are to join you. Or you may realize that your dream of writing that novel feels somewhat isolating on its own.

Thinking of moving? Go to the new location, Maton advises, and live not in a hotel but a rental or something like an Airbnb property. And stay for a number of weeks, not a short vacation. “Then you’re in a neighborhood, and you see where the doctors are and the grocery stores are,” she says. You should also return in different seasons. “For example, Arizona in 102 degrees might not be for you,” she says. Whatever you do, “don’t fall in love with a house and buy it” before you’re familiar with the new area and its costs.

Sometimes, flexibility can be key. Financial planner Pat Raskob in Tucson, Ariz., worked with a man who longed to retire to Southern California. His wife wasn’t ready to stop working and stayed behind in Arizona. After the couple had alternated long weekends together for 2½ years, Raskob says his client realized “he hated the traffic and the busyness of his new area and got it out of his system that he had to move to California."

It’s entirely possible that not only will a dream location turn out to be a wrong fit, but full retirement may as well. “It’s a growing trend, working even though one can afford to retire,” Maton says. “I’m a proponent of working longer, even if it’s part time. People who have jobs they’re passionate about live longer and live healthier.”