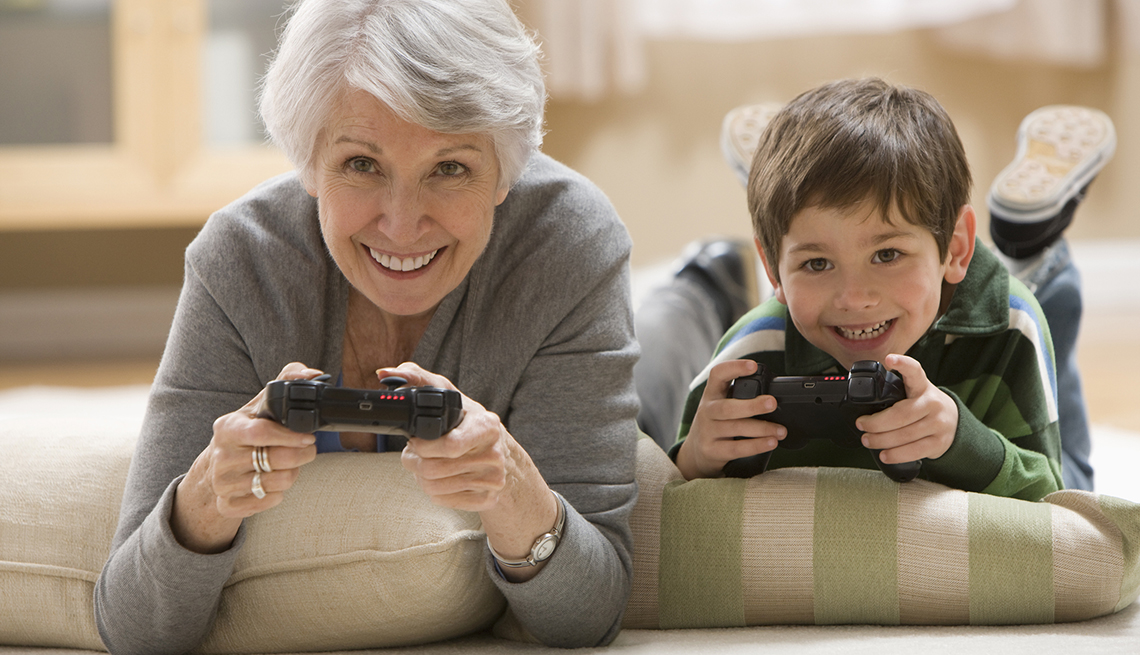 AARP’s latest survey on the topic revealed that 44 percent of Americans age 50+ enjoy video games (interactive digital entertainment) at least once a month, up from 38 percent in 2016. That translates into nearly 51 million gamers in 2019 playing an average of five hours a week, compared to 40 million active players three years ago.

Mirroring general shifts in device usage, older Americans are gaming on the go—moving away from computers and laptops (47%) and opting instead to play on their smartphones and tablets (73%).

The Perks of Play

What’s the draw for the 50-plus crowd? Like most gamers, they play games for fun (three out of four older Americans surveyed). Another 57 percent find gaming to be a stress reducer. Staying mentally sharp and challenged are added bonuses more commonly cited among people as they aged.

The survey also looked into the social side of gaming. An overwhelming 92 percent of the time older individuals play video games, they are playing alone. But when they do play in person or online with others, many say it’s more fun (37%) and they like the competition. Four in ten report that they interact socially, engaging in both game and non-game discussions during actual play.

Most of those surveyed who play video games with others are partnering with spouses, children, and grandchildren. As 50-plus gamers become more comfortable with gaming, their kids are having less influence on their gaming patterns and purchases now as opposed to AARP’s survey three years ago.

In recent years, older gamers have made a big economic impact in this entertainment segment. Seniors are spending $3.5 billion in a six month time frame on gaming hardware, content, and accessories, a sharp increase from $523 million in 2016. Over one-third report they constantly try new games and turn to their social networks, ads, and websites for direction. In the last six months, gamers ages 50 and older shelled out $70, on average, with more than half buying games, virtual items, or customizations within games such as avatars and characters. Virtual reality gaming among this age group is less popular, while interest in eSports has increased substantially.

In spite of their embrace of digital, many older Americans still enjoy old-fashioned competition. AARP finds 85 percent of respondents say they continue to play nonscreen games, such as cards and puzzles.

A Snapshot of Gaming

Most older Americans (92%) are playing video games at home and in the evening (57%). Four in ten report self-impose a time limit to keep from overindulging in the entertainment form.

About 55 percent of the AARP survey respondents feel video gaming has a somewhat or very positive impact on their well-being; 40 percent say it has no impact and just 5 percent feel it is negative. More than half of seniors say they would consider trying new games for possible brain health benefits.

Most popular among 50-plus gamers: puzzle and logic games (50%), card and tile games (48%), and trivia, word, and traditional board video games (24%). Only 7 percent are drawn to action or shooter games and 6 percent to racing or sports games. Nontech gamers are most likely to enjoy crosswords, sudoku, solitaire, board games, and card and tile games.

The AARP survey was conducted online among a sample of 3,737 Americans ages 50 and older, including 1,664 gamers who owned a device and played video games at least once a month. The survey conducted in June 2019.

By the year 2030, nearly 132 million Americans age 50 and older will spend upwards of $84 billion a year on technology products.